Rules of the FSU Defense

Share All sharing options for: Rules of the FSU Defense 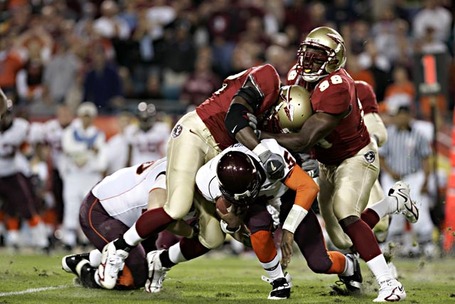 This is something I did with input from FSUnc.

We used to do this.  Now, I am not so sure what the heck our corners are doing.  Chris of Smart Football can explain what Saban does much better than I can.  Here it is:

Finally, let's discuss some coverage techniques. The first is that Saban likes to have his cornerbacks adjust their "leverage" on a receiver based on the receiver's split from the tackle and sideline. The theory is that if the wide receiver has cut his split down he has done one of two things: (a) given himself more room to run an out breaking route, or (b) cheated in to run a crossing or deep in-breaking route. So if the receiver cheats his split in, Saban has his cornerbacks align outside the receiver to defend the out-breaking route, because if he runs the in-breaking route the corner has help from the linebackers and safeties. Similarly, if the receiver lines up very wide (bottom of the numbers, let's say), he has given himself room to run an in-breaking route like a slant. So the cornerback will align inside the receiver to take that route away and on the belief that an out-cut from that wide will be very difficult for the quarterback. To coach this Saban uses a "divider" line where they believe the receiver's tendencies change to reflect one of the above two strategies. Nevertheless, the defensive back still must defend the route the receiver actually runs and maintain proper technique, but this is an important starting point.

Again, that is a much better verbage than I can provide.  This concept is nothing new, Mickey used to teach it, but I don't see it anymore. 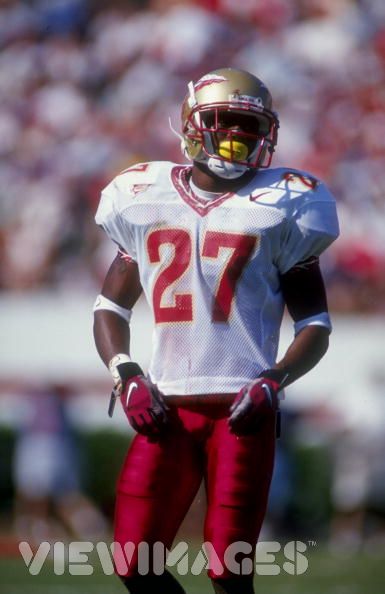 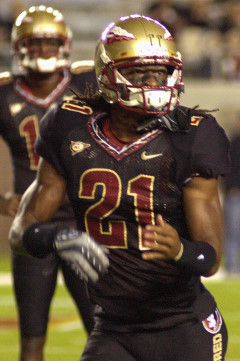 Another Saban section (He's kind of a big deal).  I am pretty sure that we do not do this at all.  None.  Now, obviously we shouldn't do this all the time, but we should teach our guys a few concepts.

Pattern-reading, on the other hand, is much like a matchup-zone in basketball. Defenders are responsible for zones but they basically play man on the receivers who come into their zones. Moreover, pattern-read teams begin by immediately coaching their defenders on how to recognize popular pass combinations (and indeed, the very concept of pass-combinations themselves), and each week zero in on the 5-15 most common pass concepts they will see from that opponent. When done correctly, pattern-reading defenders know exactly how to cover receivers in their zones and seamlessly (in a quite literal sense) pass the receivers onto other defenders as they run their routes. One thing that distinguishes Saban is that he uses pattern-reading in almost all of his coverages, including the traditional Cover 3, whereas many coaches only let certain defenders pattern read or only use it with certain defenses like Cover 4. Sounds a lot like Belichick, no?

By the way, Saban's section on pattern reading in his 2001 LSU playbook is bigger than Mickey's entire book.  I want to see our guys do this so bad it's not even funny.  Here is an example:

FSUnc can go more into this.  Basically, it's having a DE having two gaps, a DT having a gap, the other DT have 2 gaps, and the last DE having one gap responsibililty.

Bama (him again) did this to UF in the SEC championship game and seemed to have some success with it.  I believe this would work very well for our personal, and the personal we have coming in.  We could have four guys around the same weight wreaking havoc on the offense.  We could also switch up assignments mid game to confuse the offense even more.  The possibilities are endless here.

Imagine this man in a mixed gap scheme: 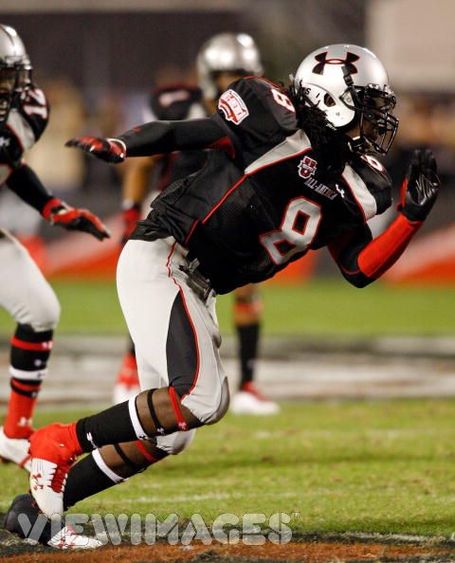 One of my favorite defenses of all time is the 2000-2003 defensive versions of the Miami Hurricanes.  You know, the ones that ran 2 Man endlessly.  The concept is simple.  Two deep safeties are in a Cover 2 Shell, and the underneath players (CBs and LBs) play man.  We have the personal coming in to run this effectively.  We could not have run this well at all this year and the years before.  Take a moment.  Imagine Willie Downs in the Sean Taylor/Ed Reed roles in this defense.  Then wake up, haha.  FSUncensored had a great write up about how Miami played this defense (and therefore, how we should) here. 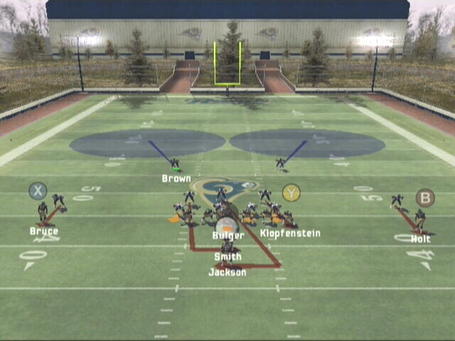 Another one of my favorite defenses.  This is a very common defense in the SEC.  This is another simple defense.  There is one high safety, one "floater," and the rest of the defense play man.  The defense needs a great centerfielder at free safety who can cover tons of ground.

The nice thing about this defense is it is simple and, once you've locked in five guys in man and a free safety, you can do whatever you want with the other five. And, maybe most importantly, with just one free-safety deep, the defense can get in a lot of eight-man fronts. On passing downs, the defense can find ways to creatively blitz five guys, have a deep safety, and all the while still account for all five of the offense's receivers. The defense cannot really outnumber the pass protectors, but it can still collapse the pocket. That's base Cover 1.

Cover 1 "Robber" works the same, except there are only four rushers and, along with the deep middle safety, another defender comes down to an intermediate level to read the QB's eyes and "rob" any pass routes over the middle, like curls, in routes, and crossing routes. "Robber" is the most popular term for this technique but Saban's is "Rat." (I was always partial to Homer Smith's term, "floaters," which is the most descriptive.) There's nothing magic about this coverage; every NFL team and most BCS college teams use it. Indeed, despite all the bluster about the Indianapolis Colts being a "Cover 2 team," on first and second down you see lots of Cover 1 and Cover 1 robber from them, except they use their strong safety, Bob Sanders, as the "floater." The key is for the floater to be able to read run, screen, or pass, and to use his eyes to get to the receiver and the ball. It's particularly effective nowadays with the increased use of spread formations which most offenses use to open up passing lanes over the middle. Floaters or rat players can stop these inside passes and make game-changing interceptions. Below are some diagrams, and I expect to see Saban use this coverage a lot this season. (As a final note, Cover 1 Robber is useful against spread offense teams with mobile QB's because the floater's job becomes to not only read the QB's eyes on passing downs but also to watch him for scrambles and to simply mirror the him on run plays like the option and the zone read.)

Chris of SF comes up big again.  Now, FSU fans, imagine Phillip Thomas as the "rat" or "floater" in the defense.  I can already smell the big plays.

Is anything more frustrating as a fan than watching this?  It seems like we were  notoriously bad about this in earlier years.  I want an attacking defense the whole game.  How many times have you seen a team lose because they went to prevent to early?  Please continue to attack.

This has burnt us big time past and present.  Over and over again.   We have seen the defense go one way, and the TE or RB go the other.  This has happened for years, and no adjustments.  Our players don't even know the TE is an eligible receiver.  This one drives me crazy.

Have you seen an FSU LB shed a block this year?  We rely on our speed to make plays.  Chuck doesn't even teach this, in my opinion.  It has been documented that he tells the LBs to just go out there and make plays.  With the bigger breed of LBs we have coming in, and with a competant coach, this shouldn't be a problem.

He shedded a block.  Take heed. 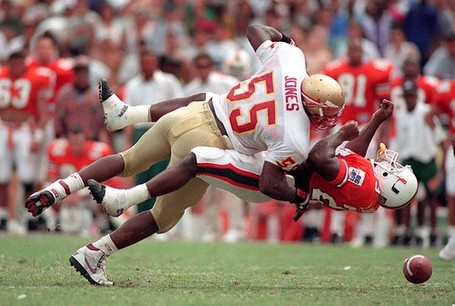 The sideline should be a CBs best friend.  Remember Deion using the sideline to his great advantage?  Well, no reason our current CBs can do this same.  Put yourself between the sideline and the receiver (in certain situations of course).  Do it, Mickey.

We do a great job of recruiting speed right now. I have no complaints in that area. We did have a big problem recruiting athletes with size. There is a reason our Des become 34 LBs in the NFL. The top teams in the nation do not have 205 pound LBs and 240 pound defensive ends. We simply cannot rely on speed in today's college football. Recruit size and speed, defensive coaches.

This will cause confusion in the offense.  They will not know every play who we are bringing.  When was the last time you saw a corner blitz?  It's been awhile for me, personally.  Make the offense wonder who is coming and this will cause protection breakdowns, which lead to sacks, which leads to a jump QB, which then leads to turnovers.

The Ravens do this and I love it.  This is where basically the whole defense is standing up at the snap and then certain players rush.  This causes confusion within the offensive line and the QB.  The offense doesn't know who is rushing.  The possibilities for blitzes are endless.  So much can be done with a good group of defensive players, which we will have.  Will it be Demonte or CJ coming at the QB?  I can't wait to find out.

Blitzing 8 vs a max protect is stupid.  Take note, Mickey.  This is just banging your head against a wall over and over again.  We did this on BC's first touchdown this year and it made me angry.  Teams that are in five wide with no RBs need to be blitzed hard.  Very hard.  UF doesn't even have hot routes in their offense (correct me if I am wrong).  We can get to the QB easy if we blitz 7 and the offense has 6 blockers.  It's logic and math.  This is particularly important in college because there are few (if any) college signal callers who can make three or more reads in a given play.

I like crazy blitzes like the one the Steelers and the Ravens use.  You know, the ones where the Ravens bring 4 players into one gap.  We don't have to spend our allotted defensive time on the basic blitzes.  Use some of it on ridiculous blitzes we can use in big games (read: UF).  Some crazy blitzes are here.

Basically, this means we play zone vs an Elway and man vs a Weatherford.  It makes no sense to play man vs a Chris Crane, a player who can make all the throws, and then play zone vs a Chad Pennington.  We HAVE to force rubber arms to make huge throws that they cannot make. 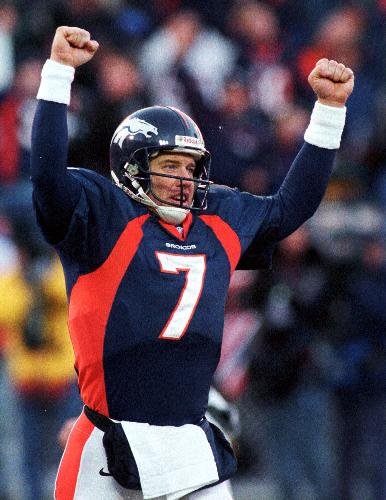 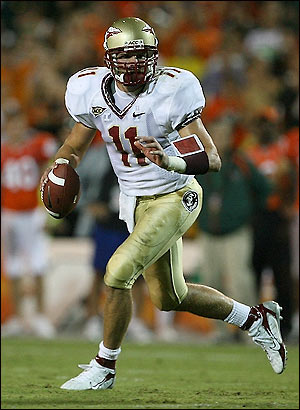 This is another scheme NFL teams use that I like.  Imagine Demonte, Markus White, Darius Cummings, and Brandon Willis all lining up on third down.  This should only be used in obvious pass situation.  Normally your defense ends can beat guards and centers (witness Everette vs UMD).  We could call it the "Joker," or another cute name, and it would cause havoc. 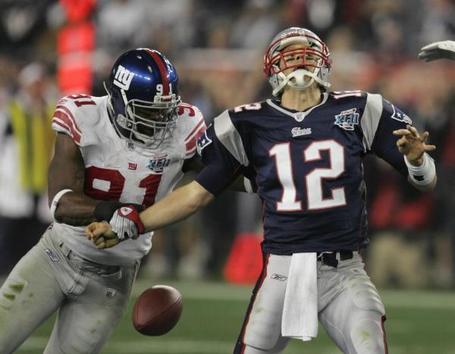 You all have anymore rules?  Feedback is appreciated.