The Inmates are Running the Asylum

Share All sharing options for: The Inmates are Running the Asylum

Uncensored is going to be away for a few days, so the rest of us are doing our best to pick up the slack.  Well, that, and we're trying to keep up with the great job TrueCubbie has been doing lately.

So far this morning everyone still seems stuck in a general funk (what an awesome band name, btw) after last night's game, but we have been able to find a few interesting bits of info from the Nole blogosphere.  So come on everybody!!  It's time for the JUMP!

Well, the sun rose in Tallahassee this morning at 7:30 local time.  It was kind of grey for awhile, so many residents weren't sure it was going to happen, but all eventually turned out well.

Andrew Carter has a few reactions from after the game last night including what Toney Douglas was feeling after Lawson's shot went through.  Remember back when Auburn fans told us he had bad attitude problems and an over-controlling father?  Yeah.  Me neither.

What a performance last night from our new Mr. Everything, Toney Douglas. 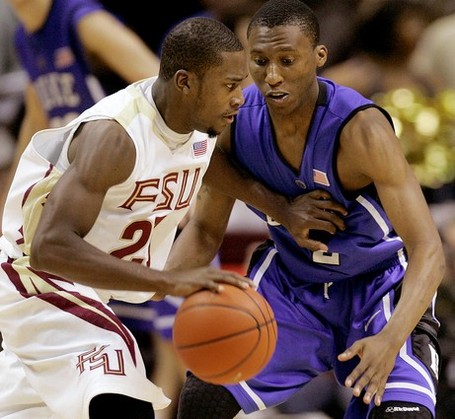 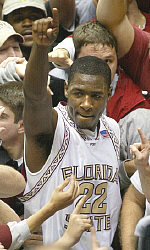 As of right now, Pomeroy hasn't updated his ratings.  We shall see how last night's game affects these numbers.  Remember, he only gave us a 19% chance to win last night.

Our game against Ga Tech next Wednesday will be huge.  We will see if the team can shake off the memory of this close loss as well as win a game it's supposed to if it hopes to go dancing.  We also have reached the now-famous "Last 10 Games On The Schedule."

Site member pbysh has joined the team and will be our go-to baseball guy for the upcoming season, but given my background in statistics I plan to periodically throw in some sabermetrics that will hopefully scare some old folks and the purists.  We'll consider it a bit of an experiment this season to see how these statistics translate to the college game.  Today, we'll start small.  Here's a quick refresher on the concept of pitcher's WHIP and a newer measure, B/IP.  This should give everybody a basic ground level place to start off.

Seems we never decided to offer Jason Pierre-Paul.  He had recently been trying to set up a visit but was unsure of our plans at DE.  Paul committed to USF today.

We'll add to this as the day goes on and more things get updated.  Will the other shoe drop from the NCAA?  Will we get a visit from the greatest high school football player ever?  Will Chuck Amato take off his sunglasses since it's raining?  Who knows?!!   It's a crazy Thursday and anything is possible in the Nation!!

See something we should post?  Leave it for us in the comments.