Just to get some discussion going, I am going to start profiling recruits a little before signing day.  Here is the first edition, featuring Willie Downs. 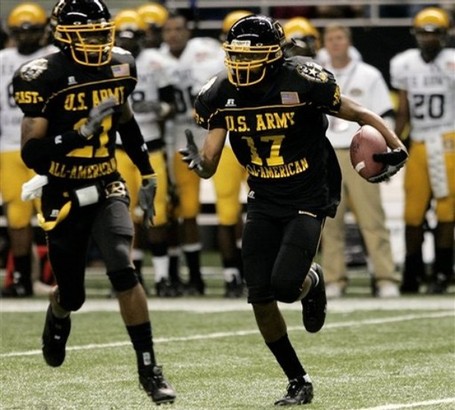 Let's get the boring biograpical stuff out of the way.  Downs is 6'2 192, and can play either safety or wide receiver.  I tend to think his best position is FS but more on this later.

Here is the free ESPN scouting report on him:

It isn't clear how fast Downs is, but this much is certain: He's very athletic and shifty for a player his size. He has a tall, long-limbed build. He's gangly but flexible, and knows how to use his body to his advantage. Shows a very good surge off the line and has the long stride to cover ground quickly. Appears to have competitive speed and is a shifty route runner who gives opponents few clean shots in the open field. He's effective against man-to-man coverage at the top of stems, working back to his quarterback and subtly pushing off against tight coverage. Has a very wide catch radius and quick hands. Catches everything with his hands extended away from his body--a big edge in traffic or jump-ball situations. Attacks the ball and is very competitive in every phase of the game. Shows flashes of being physical, but may not yet understand how consistently imposing he could be (which should come with coaching and experience). Seems to lack a legitimate second gear or after-the-catch burst in the open field. Works to get open, makes defenders miss and is tough to bring down, but may not be a long-distance threat in college (especially when matched up against top-flight defenders). But there's a lot to like here: Downs is well-built, sure-handed and ultrareliable in clutch situations. He's a fierce competitor and a very good prospect.

Here is Downs in the Army game playing safety:

Now, what position will he play?  Downs will have to gain some weight either position, but I don't think this should be too hard for him.  He was recruited to play WR, but I really think he should play safety.  I believe he would be a good, not great, WR, but and All-American and first round pick a safety.  He has enormous potential as a safety.  Which would you rather have?

Another question mark is his ability to qualify.  Some say that he is on track, while others say that he is nowhere close.  He commited to us back in February so the coaches could lay out a plan to get him qualified.  Whether he followed that plan remains to be seen.

What do you look for in Downs' years in Tallahasse?  I look for him to make an impact his freshman year, then start at free safety (hopefully) the rest of his years.  Or, in a worst case scenario, if he has to go to prep school, he'll come in and have a transition period.  It is pivotal Willie Downs qualifies to play football at Florida State. 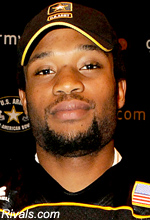