Share All sharing options for: Offbeat Friday: It's a College Football Christmas

The First Annual Tomahawk Nation College Football Christmas Spectacular is here!!  So hang those stockings, trim the tree, and get ready for some good old-fashioned yuletide fun in the spirit of those great Christmas variety shows of yesteryear!!

Inside, you'll find out what songs the biggest names in college football are listening to, you'll get exclusive access to Santa's naughty list, and we'll take another look at some of your favorite Christmas movies.  With special guest appearances by...

There's a fa-la-la-la-lot going on in here, Lee Corso might even drop by to put on a reindeer head.

This Christmas Spectacular is so epic that we had to do it one week early just to give ourselves a chance to recover in time for the real holiday!  You bring the egg nog, and we'll bring the fun.

It's Christmas!  It's College Football! It's Offbeat!!  It's Exclamatory!!!

Thanks for joining us everybody.  We've got a great show lined up for you today.  A guy who kinda looks like Bing Crosby will be in later to share some Christmas cookie decorating tips.  But first, it's been a crazy college football season, hasn't it?  From Bradford's injured shoulder against BYU to Tebow's injured manhood against Alabama, this season has been filled with twists and turns.  Well, 'tis the season, you know!!

Yeah that'd be great.  But what did you have in mind, Lou?

Umm... maybe another song would suit you better, Dr. Lou.

Now you're not even trying.  Tell you what.  You go backstage and think it over and we'll let you sing a song a bit later.

Give it up for Lou Holtz, everybody!!!

You know, some of my favorite films of all time have a special meaning here at Christmas time.  Who can forget the first time they saw "It's a Wonderful Life" or "A Christmas Story"?  Well we sent our crack writing staff out to write the next Christmas classic... about college football....

Ebenezer Saban is visited by three ghosts who encourage him to lighten up a little bit and stop being such a douche bag from December to early January.

and making his film debut...

It's the city that never sleeps.  New York doesn't have time for miracles anymore.  That is, until a left handed QB with awkward footwork and a terrible throwing motion actually gets drafted.  The whole world thinks he's a fraud, but one little Gator fan still believes.  But this little Gator fan just happens to own the Jacksonville Jaguars.  It's Forrest Gump meets The Natural meets Little Big League in this heartwarming tale brought to you by ESPN, CBS, every newspaper in the state of Florida, any announcer who has covered a UF game in the last 5 years, Thom Brennaman, Verne Lundquist, and Gary Danielson.

When seven Notre Dame defenders miss the train to Santa's workshop, Toby Gerhart carries each of them on his back all the way to the North Pole.  Well, after a quick stop in the end zone of course.

In a small midwestern town, one man takes on a role that is bigger than life.  When the jolly fat man himself meets his demise, head coach Brian Kelly is tapped to take his place.  Little does Kelly know that the job isn't all its cracked up to be.  If the previous job holder is any indication, the expanding waist line and graying hair are just some of the side effects.

Dad is on vacation and has left little Lane all by himself this Christmas.  What's a mischievous little boy going to do when the NCAA tries to take a look inside his house?

There's nothing this Seminole coach wants for Christmas more than a Red Ryder BB gun.... except maybe to be Head Coach of his football team.  When he finally gets his wish and the old coach retires, will the new coach handle the responsibility or will he shoot his eye out?

We can now officially bring you an exerpt from the upcoming film.

"It's a Wonderful Life, Pete Carroll"

Pete: What?  Who said that?

Angel: It's me, Herm Edwards.  I was sent here from above to tell you not to jump.

Pete:  What's the use?  My team didn't even make the BCS this year.  I bet things would've been better had I never even been born.

Herm: That's not true Pete.  Let me show you.

Cut to a small, run-down apartment in San Diego, California...

Pete:  Where are we?

Herm:  It's Reggie Bush's house, Pete.  When you weren't around to take the job at USC, the program never regained its respectability.  Since no one cared, the boosters never made illegal payments to get Reggie to come to Los Angeles.  His career flamed out when he was vastly underutilized by Coach Willingham at Notre Dame.

Herm: Yep.  Tyrone tried to make him an option QB.  When Weis got there and brought the passing offense, it really didn't work out.  Shame, really.

Pete: This is just awful.

Herm:  You should see OJ Mayo's condo.  But we have more to see, Pete.  It gets worse.  Much worse.

Cut to a small tv station in Omaha, Nebraska

Pete: Where are we?

Herm: The global headquarters of ESPN.

Pete:  What?!  Not possible.  ESPN is the worldwide leader in sports.

Herm:  Well they were until the lawsuit.  See, without you turning the USC program around, ESPN no longer had its one scapegoat to defend themselves against "East Coast Bias" criticisms.  When the Pac10, Mountain West, and WAC filed a class-action lawsuit, ESPN was forced to relocate to this new spot in the middle of the country and to pay a hefty settlement.

Pete: Well, where do people get their sports news now?

Herm: From the 8 time defending Emmy award winning team of Lundquist and Danielson.

Pete: It's worse than I could have ever imagined.

Herm: There's something else you need to see, Pete.

Pete:  Hey, who's that skinny guy over there?

Herm: That's Charlie Weis.  Without you continually embarrassing him on national television, Charlie was able to win a lot more games and keep his job.  Without all the pressure from alumni and fans, he never started depression-eating and lost over 150 pounds in 3 years.  They're actually competing for their 4th straight national championship.  Notre Dame and NBC rule over college football fans like an angry tyrant.  Beano Cook occasionally destroys small cities, just because he can.  Columbus, Ohio is a wasteland.

Pete:  This is horrible.  I don't wanna give up anymore, Herm.  Let me go back and coach the team.  I'll never quit like this again.

Herm:  I was hoping you might say that Pete.  Just remember.  Every time a bell rings, a washed up NFL coach gets a job in college football.

Matt Barkley:  Coach, that was really stirring speech you gave there.  What got into you?

Pete: Oh, just some advice from a friend.

A distant bell rings in the San Francisco harbor as Pete smiles.

Look for these films... well, never. 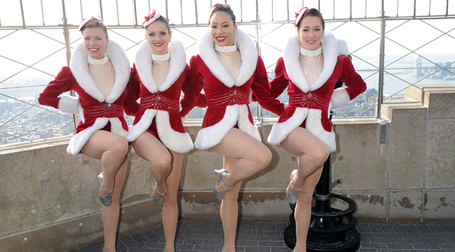 Oh.  It's Lou Holtz again.  What do you want to sing Lou?

Wow.... that might actually work.  But since the show is running a bit long, do you mind if we have the Leon County High School Marching Band back you up while you sing?  We promised those kids playing time if they'd commit to be on our show.

Ok, Lou... you go ahead a start singing.  (By the way... this seems like a perfect time to take a commercial break.  Stay tuned!) 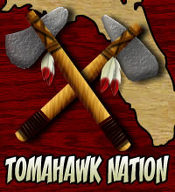 At this point in the show, we planned on making a gingerbread house with Mark Mangino.  This bit was supposed to poke fun at Mark's size; we were going to cook for a while and then Mark would "pretend" to eat the house himself.  Unfortunately, when I did not know the difference between a salad fork and a dinner fork, Mark verbally abused me for 2 and a half hours.  He then called his buddy Jim Leavitt who choked me and punched me in the face.  Oh well. Here is an artist's rendering of what that cooking segment might have looked like.... 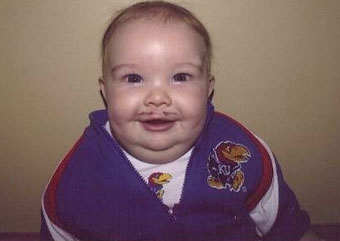 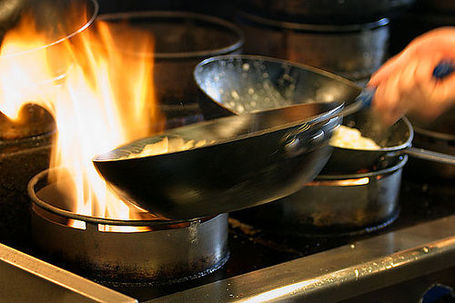 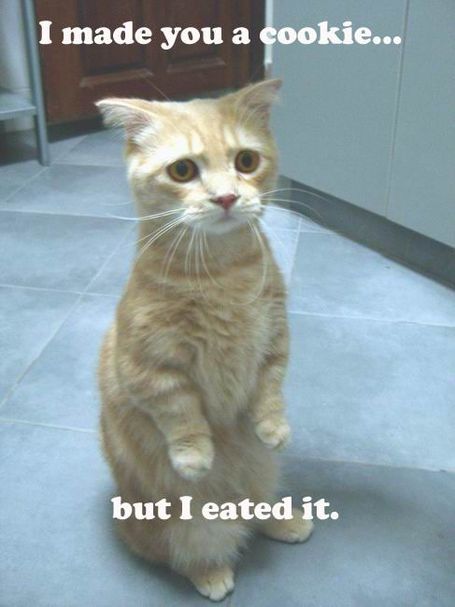 I have some disappointing news for the troops out there.  It seems Erin Andrews won't be joining us today.  Apparently her bodyguards weren't too keen on the foxy red jump suit we planned for her to wear during her song.  Or the throngs of Tomahawk Nation writers gathered outside her dressing room.  But we couldn't just let that jumpsuit go to waste.  So instead, here's Jesse Palmer singing "Santa Baby"!!

Ok not really.  We here at Tomahawk Nation support the troops and that would've been cruel and unusual.

But we do have Mr. Excitement CJ Spiller here to sing a song for us.  Take it away CJ!!

Umm... wow. That was a great song, CJ.  You sang it so quickly.  It's just a shame you faked that injury as you were finishing.  But I'm sure you'll be fine by the next time you're supposed to sing.

No, Case.  Use the voice we talked about.  And be sure to read the letters.

"Wait... did you just bring me on here to do this because my name sounds like Casey Kasem?"

Ok, well I'll do the song requests then.

"I'll Have a Blue Christmas Without You"-  Is dedicated to TT from UM.  UM writes "Thanks for making me look good, TT.  I'll miss you. XOXOXOXO"

"Feliz Navidad" - Miami's fans to everyone else

With a few new lyrics, female fans of the Tennessee Volunteers have dedicated "Whose Child is This?" to their favorite football team.

"The First Noel" - to the West Virginia Mountaineers

And finally,  since Coach Bowden has said he's leaving Tallahassee after his retirement, the writers of Tomahawk Nation would like to wish him a fond farewell and dedicate this song to him...

It's Santa Mark May and his elf, Rece Davis!!

"I came by to deliver a few presents, MattDNole.  I have gifts for all the good little boys and girls out there."

Oooh!! I was very good this year Santa!! What did you bring me?

"We'll get to that young man.  First, we have these important gifts to give.

First, we have a fishing pole for Bobby Bowden.  He's going to need a new hobby these days and I hear that Ann can be pretty feisty at times.  He might want to get away every now and then.

I also brought a gift for Gary Danielson.  It's a new reason for living now that he can't watch Tim Tebow play anymore.

The last present I have in my bag is for Brian Kelly.  It's a new leash for his new job at Notre Dame."

But Santa, it's so short.

Santa, you said you had my present too.  I've been very good all year and I was really hoping you might bring me something.

Well, on that note.  It looks like we've run out of time.  Sorry TCU and Boise State, we just couldn't fit you in this time.  But hey, maybe next year!!!

Shut up, Santa Mark May.

Thanks for joining us for the Tomahawk Nation College Football Christmas Spectacular.  We hope you and yours have a Merry Christmas and Happy Holidays!!