Share All sharing options for: A Look Ahead: Class of 2010

This list is just a general overview.  Just trying to get everybody caught up on  2010 recruits.  There is a lot of talent in this class, and I look for FSU to do big things. 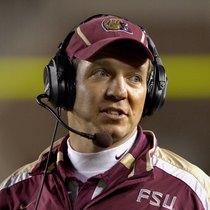 These aren't detailed scouting reports or anything.  Just to get you familiar with the names.

QB Case McCoy - 6'2 170 - Someone here is high on him, it might be MattD.  Supposedly his mom wants him to get away from Texas and the pressure there.  Might be one of Jimbo's targets.

QB Phillip Sims - 6'2 180 - Good QB prospect out of VA.  Hopefully Jimbo can continue the QB from VA pipeline to FSU.

RB Eduardo Clements - 5'11 175 - Had an awesome Sophomore season in Dade but tailed off his junior year, but still has the tools to succeed at the college level.  Looks to have good hands, power, good speed. 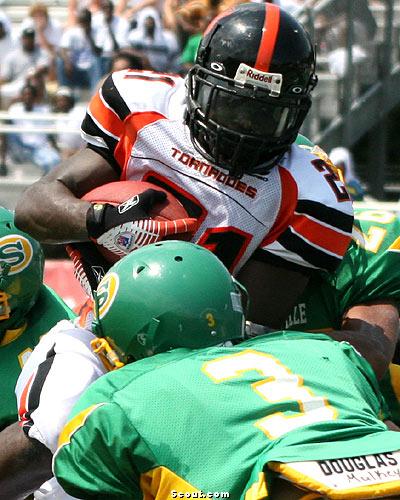 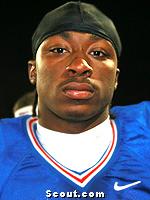 RB Debrale Smiley (JUCO) - 6'0 235 - Big, bruising back that signed with FSU with the Class of 2008.  Got a late offer on NSD, if anyone knows anything about him let me know.  Update: Paul Johnson is after him hard.  This tells me a lot.

WR De'Joshua Johnson - 5'10 165 - Probably one of our top 5 targets for 2010.  Is an extreme burner with great acceleration and moves.  Will have to put on weight in college.  From Pahokee.  I expect him to be our next commit.

WR Fred Pickett - 5'9 175 - Another Pahokee target.  Transferred there this semester.  Looks to be a target.

WR Chris Dunkley - 5'11 170 - Originally thought to be a big Gator lean.  With the Debose commitment, has kind of reopened commitment.  Coley mentioned to DJ Johnson that he could bring up DJ for Junior Day.  Andre Debose part 2.  Seriously.  Looks just like him on his videos.  A must get.

WR Josh Reese - 5'11 170 - FSU has shown interest early.  Goes to Miami Central along with Gainer.  Could be a fourth WR in this class.

WR Ace Sanders - 5'9 170 - I think I read somewhere that he juked out a whole high school team with Dawsey in attendence.  Obviously that would make his moves impressive.  I will be interested to see which WR recruits we go after.

TE/LB Gerald Christian - 6'3 210 - UF is the early leader here.  Could play both positions, and could be rated highly by both positions.  I expect us to give him a run, but it would be a tough pull.

OL Doral Willis - 6'0 300 - I'm thinking he is a DT, as Trickett doesn't really like players with his build.  We will see if Trickett likes him.

OL Brent Benedict - 6'4 270 - Seems to have the size Trickett wants in his offensive line.  I don't think we've offered yet, but I hope we do.

OL Ed Christian - 6'5 280 - Same school as Greg Reid and Gerald Demps.  Is a candidate to commit early.  Good size and will be a tackle in college.

OL Chaz Green - 6'6 280 - Seems to have the size Trickett wants in his offensive line.  From Tampa.  Some say he has the frame to pack on some more pounds at the next level.

DT Denzel McCoy - 6'4 260 -  Big DT out of Atlanta who watched the GT game.  If I'm not mistaken, he already has an offer from Odell, which tells you he is a good prospect.

DE/DT Brandon Willis - 6'4 250 - An absolute BEAST who can play DE or DT.  Likes FSU early, and some say he could commit early.  Clemson will be tough here.  With Steele, we'll have to hold on for dear life. 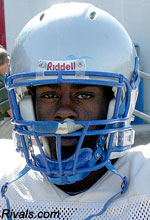 DE/DT Darius Cummings - 6'2 256 - An early commit.  Another beast on the DLine that Odell will love to have.  I'm really liking his renewed recruiting early on.  Cummings' dad says he is a done deal. 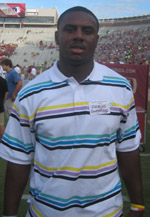 DE Delvin Jones - 6'6 230 - Has sick potential.  Another Miami kid that FSU is hard after.  If we ever pick up a competent DE coach, and he comes, watch out, because he could do big things.

DE Corey Miller - 6'4 227 - Another Byrnes lineman that likes FSU.  He visited with the rest of teammates earlier this year.  Would be an awesome get if we could pull him.

DE David Perry - 6'7 240 - This was his first year playing high school ball.   Apparently, we have already offered.  Another prospect from south Florida.

DE/LB Christian Jones - 6'4 220 - Wow.  Wow.  That says it all about him.  Jones is the son of former Oakland Raiders and Florida State standout Willie Jones and the brother of former Florida State defensive end Willie Jones, Jr.  Grew up a fan.  Already been offered.  Looks to be a monster, kind of a hybrid DE/LB.  Rangy.

LB Jeff Luc - 6'1 235 - Sure tackler with good speed.  Is from Port St. Lucie.  Has pretty good size.  Probably the top LB in Florida.  Miami is the early favorite.

CB Lamarcus Joyner - 5'9 175 - Genron, if you read this, how tall are Joyner's parents?  Anyway, Joyner should be the #1 recruit in Florida next year.  Is from South Dade and likes FSU.  Has ridiculous explosion and speed.  Does he still has some growth left in him?

CB Nick Jones - 5'8 170 - Corner from Byrnes.  Don't really know much about him, except that he visited with the others.

ATH Christian Green - 6'4 200 - His uncle is EG Green.  Grew up an FSU fan.  Could be a star at WR.  Plays QB right now, but I think he will get moved when he gets to the next level.  Beast.  Has great explosiveness.

PLAYERS TO KEEP AN EYE ON: Camren Hudson, Josh Thomas

One thing I want to see Trickett do in this class is go after a highly ranked OL and reel him in.  I want him to work with someone that is NOT a project.

People are saying this could possibly be the best year for south Florida recruits ever.

Let me know if I should add anybody.

CaStauch has a great take on the needs and areas in 2010:

It’s within our two hour footprint and Jimbo has recognized that it supplies a wealth of talent with deep FSU ties.

Look for us to sign up to 4 defensive tackles this round, and hopefully 2 strongside defensive ends. Willis, Cummings, McCloud, and McCoy the leaders in the clubhouse for DT, and that 6’7 240 lb dude from Fort Lickerdale for SDE.

Look for us to sign 3 cornerbacks in the next class. Lamarcus Joyner could be an early commit as soon as in the coming months. Jazz King from Byrnes there, too, along with some other FLA dudes.

More than like 3-4 linebackers as well. We’re not as deep there as it is thought. Sure, with raw numbers. But if you look at it in terms of quality and potential contributers, we only have really 6 linebackers, three of which will be juniors, one senior, one graduated, one sophomore.

We may not take a quarterback if the talent level there isn’t up to snuff. Sims may be a product of internet hype; and he’s VT bound most likely anyway.

Slot Recievers, three of ’em. DJ Johnson, for sure, Pickett maybe, and some others.

The first offensive lineman commit should be that dude from Lowndes. After that, its Trickett so who knows. If we blow up on offensive, he’ll start pulling in high quality kids that also fit his system. Trickett is a meat-grinder. He experiences a lot of transfers and quitters, so even though we’re deep on the line, it will be 3-4 players prolly

We’re under a numbers crunch, but this should be the first year that Jimbo will be recruiting in anticipation of it being his team. If thats the case, look for a bigger than we should be able to afford class with a rash of dead weight being removed. Look at Saban’s last two classes. He is ruthlessly getting the team chock full of his guys, for as much bemoaning of Saban as there is, Jimbo is more like him than he’s like any Bowden. Look for more of the same in that regard.

About our recruiting "territory":
South Georgia will be our "Big bend" local repository this year; the talent there is always good and especially next year. Also, some cherry picking of North Georgia (hopefully Denzel McCoy) and a heavy presence in South Florida (which explains why Coley and the rumored new LB coach have ties down there).

We’re located in an enviable location regarding talent even when you take into consideration the annual fluctuations of talent. Within our immediate 2 hour footprint, it’s unlikely that we’d ever be left for bare with the Big bend of Florida and Southern Georgia. Further extend it to a typically used 5-6 hour territory (this number is used because of Saban’s influence on Jimbo) and that includes South Florida and all in between.

We’ve dug inroads with Tampa that were eroded, the Muck is still favorable, Jacksonville looks better after Dawsey locked down the First Coast Trio, and we’re looking good to bring in talented prospects from the space coast for two consecutive years (a previous gator lockdown)

The previous staff put all their eggs in Lincoln + national recruits, which, at least in terms of the national presence, is typical of highly successful programs. However, it’s lazy and endemic of easy collapse and raises the chances of misses. It happened to us, just like it will happen to Florida if they forget their roots for too long. However, this new staff, and Jimbo in particular and it can be seen through his hires, recognizes the importance of cultivating relationships with your 5-6 hour base. Since we’re located in arguably the best location in the country (our proximity to Southern GA and the Big Bend and the Panhandle and still being able to pluck SoFla talent may level us even with Miami imo) there’s no real reason why we should ever feel the need to venture out.

I’m especially excited for the renewed interest in Southern Georgia. Recruiting there was very influential in building this program and the talent is so obscene.