One area the Seminole coaches (under head coach Jimbo Fisher) have reestablished  relationships is South Georgia, aka the most underrated recruiting ground in the land.

This is pivotal to our success as a football team.  One of our Heisman Trophy winners came from this fertile ground.  Some dude named Charlie Ward. 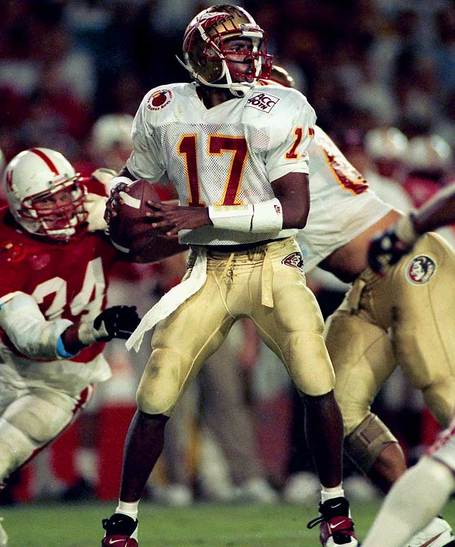 In the Jeff Bowden era, we completely ignored South Georgia.  We forgot what buttered our bread.  Inexcusable.  More recently, that has changed.  FSU has done a complete 180 in their recruiting of Georgia, particulary the dynamic southern region.

Our head coach, Fisher, has thankfully made the area a priority again.  Jimbo has single-handly gone after recruits from this region.

You might be asking yourself, why Southern Georgia?  What makes this area so special?  Well, a different breed of athlete comes out of these stomping grounds.  With the economics in some areas paralleling some of the lesser advantaged areas in the country, many kids have nothing to turn to but sports.  The Southern Georgian athlete is motivated.  Typically, the schools and media coverage are bad there, so many stud prospects get overlooked (read:  Anthony McCloud and Debrale Smiley).  The Southern Georgian athlete is a great athlete.  Everyone sees the hoopla South Florida gets.  Deservedly so.  But Florida State has it's own South Florida, right in its backyard.

Also, there are many FSU fans in the area; due mostly to the close proximity to Tallahassee.  No doubt, there are lots of UGA fans.  There is probably more UGA fans than FSU fans, but that might be highest percentage of fans in Georgia not rooting for UGA.

Potential Prospects after the jump

Who is Florida State recruiting in South Georgia?  Besides the oft mentioned McCloud and Smiley (both are expected back at FSU), the 'Noles are hitting SoGa hard.

As you can see, the Seminoles picked up the five star Reid and the four star Demps from Valdosta Lowndes, both DBs.  Lowndes is a great school for producing talent.

We are the favorites to land Smith, and Christian is already committed.  I like the legit pipeline we are building to Lowndes.

Thomas County Central is another school we should hit hard every year.  They gave us Smiley and McCloud (08).  Jay Rome is the top prospect in Georgia for the class.  We have offered both him and Hunter.  Here is Tharinger's 2011 Georgia list.  We have good shots at all these kids, and it is good to see our coaches start building relationships again.

Bottom line, it's good to see us focus on our base again.

Fsued had this to add:

FSU’s Bowden-era success in South Ga. is worth a short rehash.

It all started with the successful recruitment of Ron Simmon of Warner-Robbins. Most of you know that I still consider Simmons the best player ever at FSU — certainly the best defender.

Also in the 1977 recruiting class was receiver Phil Williams.
In 1978, RB Ricky Williams of Griffin, Ga. was a freshman — Williams was one of the most underrated RB’s in FSU history — he singlehandedly won the 1980 UF game and was a star in the tough tough loss to OU in the 1981 Orange Bowl.

QB Eric Thomas was from South Ga. and by then we were off and running.

I’ve got to go, but might expand on this later.