Share All sharing options for: Valdosta Lowndes LB Telvin Smith is a Seminole!

Linebacker Telvin Smith has confirmed that he will play for the Florida State Seminoles this afternoon. Telvin has long been a reccruiting battle between FSU and UGA. Many believed that when he chose to go to Dawg Night (their big camp) instead of Seminole Showtime he would eventually be a Dawg. Georgia's class is filling up extremely fast, and Telvin had set a deadline to commit so that he could end it before his season and if it were UGA there would be room. However, now he is a Seminole. Continue to read more about Telvin. Plus Free Video! 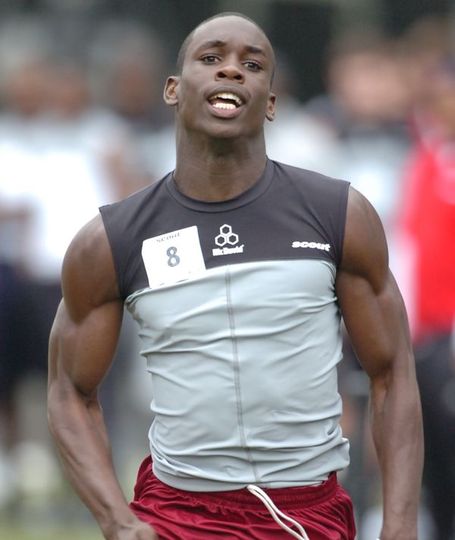 Florida State is in desperate need of linebacker recruits, and today they got their second LB pledge for the 2010 cycle from Valdosta Lowndes LB Telvin Smith. Lowdnes, which has given us Greg Reid, Gerald Demps, and Ed Christian in the last year, is truly becoming a solid pipeline to Tallahassee. Telvin plays OLB for the Vikings.

Smith is a great upfield, vertical attacking linebacker with a difference maker presence on the perimeter. This kid can run as well as most linebackers in this class and make plays sideline-to-sideline. Has a tall, rangy, high-cut frame with a ton of physical development left. Utilizes his lengthy body and wingspan along with his great acceleration to cover a ton of ground quickly on his pursuit to the football. His range on both run and pass support is highly coveted at the next level. Plays inside and out but is more natural and highly productive as a pressure perimeter 'backer. Gets a quick jump off the snap and has striking initial burst and upfield acceleration. Very difficult to outflank to the perimeter with his great closing and recovery speed when he does get caught out of position. Takes sharp direct angles to the ball with little wasted motion.

A lot of scouts are extremely high on Telvin Smith, and for good reason I think he has a chance to be a great player in college. He had offers from all over the south including UGA, GT, Ole Miss, LSU. Given FSU;s need at LB right now this is a very important commitment. Here is some video.

This is Florida State's 12th commitment for the cycle.