How should Florida State handle Willie Downs? Laying out a plan to get Willie back

Share All sharing options for: How should Florida State handle Willie Downs? Laying out a plan to get Willie back

[Editor's Note:  I posted this Wednesday because it ties into our future plans.  If you have class of 2010 recruiting talk, head to the WORT]

As everyone knows, recruit Willie Downs failed to qualify and is heading to Pearl River Community College, located in Poplarville, Mississippi. 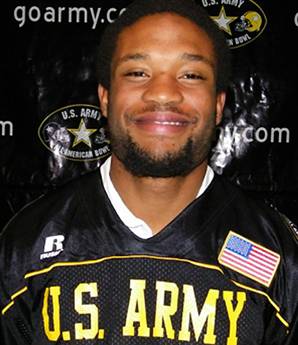 First off, a little background info on Downs.  In some circles, he was the top player in Florida last year.  I believed him to be the best player we signed in the class of 2009.  Downs could star both ways in college, but I (and many others) thought he should play safety.  It seemed as if he had much more potential at the position, fueled by his dominant Army All American bowl performance.

He had something like 3 PBUs, an INT returned for a TD, a forced fumble, and a couple of sticks in the run game.

If you are highly emotional about lost Seminole recruits, then I recommend that you not read the following section in which I laud the many talents of Willie Downs (which sadly do not include going to class).

Willie Downs (6'2'' 190, 4.45), as a safety, is a "ballhawk's ballhawk."  He showed some of the best ball skills I have ever seen from a high school safety, particulary one that hadn't played the position much (until his senior year of high school).  His instincts were rare for a high school player. While Downs does need to work on his tackling, he showed that he is not afraid to come up and stick you in the run game.  Know who he reminded me of?  Potentially, a very young Ed Reed.  Same body type (coming out of high school), overall same skillset.

Inside:  My take on what FSU should do with Willie.  Can he get his life back on track?

CaStauch's excellent take (back in May)

He’d never take classes nor a course load that would make his time at FSU feel like time at a "major college".

I agree with the above poster on scenery change. Willie surrounded himself with the worst possible people for his future in a town that is notorious for swallowing the naive or complicit.

He’s outta Tally and almost outta chances. Realization of both should hit him rather quickly into his term at Pearl River CC.

We needed his ability and talented depth this year. However, maybe a silver lining is that he’ll never be polluted with archaic and ineffective Safety coaching now? He should come in a difference maker on a team full of talent in 2011. Selfishly, this puts his abilities in a much more amiable and conducive setting.

If we land the DL class some are hypothesizing we could land this season, 2011 we will have National Championship calibre front 7. Like FSUState implied, Downs could be our Reggie Nelson, securing and making plays in the back; providing the foreign stimulus and spark a MNC run.

This is all contingent upon, of course, him making it through Juco. I don’t think Jimbo let’s him go. He’s not a marginal talent; he’s not a "Travis Arnold" type.

Key word in there was Reggie Nelson.  Remember him?  The former Florida Gator safety who did not qualify out of high school, and went to a JuCo.  He redshirted his first year, played his second.  Therefore, he had three years to make an impact at Florida.  He was arguably the top safety in college football (and, in my opinion, the catalyst for the national title run that year) in 2006.  He then left early and was a first round draft pick.  FSU should follow this exact same plan with Downs.  Let him redshirt his first year, develop study habits (if possible), hit the weights, stay out of trouble.  If Nelson can do it, no reason Downs can't.

Pearl River CC is located in Poplarville, Mississippi.  Do we have any readers from that area?  Don't want to offend anyone, but it doesn't look like there is much to do.

The change of scenery might do him some good.  Poplarville is just far enough from Tallahasse that his posse wouldn't want to come and see him.  And Poplarville is close enough that FSU coaches can keep an eye on his grades.

We also have to keep someone on Downs.  Someone that is breathing down his back 24/7, preferably a Rick Trickett type.  Like CaStauch said above, I don't think Jimbo will let him get lost in the JuCo shuffle.  I would certainly hope that Jimbo realizes that Downs is a game changer on defense.

This is all extreme best case scenario.  The chances of this happening are about 20%.

However, don't get your hopes up.  Can he get it together?  British Footman lasted one game at JuCo before he stopped going to class (wherabouts unknown). Willie certainly hasn't shown the work ethic to survive two years in football purgatory.  This coming season (if he makes it there) will tell us a lot.  Downs stopped going to school completely his senior year, knowing he had no chance.  Downs isn't stupid, in an academic sense.  He ran with the wrong people (AJ Graham).

To end this, I have a message for Willie.  Prove everyone wrong.  Choose the right friends.  Go to class.  You can make millions, or work at McDonalds.  It should be an easy choice.  We are rooting for you.  It is up to you now.