Monday night's showdown between bitter in-state rivals Florida State and Miami is drawing close. The nation will be watching as these 2 former elite programs attempt to continue the long, arduous journey back to the top of the college football landscape. But I'm also interested in the performance of California-based electro-pop band, "LMFAO". This duo has exploded onto the scene with their smash hit, "I'm in Miami, Bi***", and the Tipper Gore-friendly radio version, "I'm in Miami, Trick". They'll be performing on the Tennessee Street Strip this Sunday, along with Miami's own world famous trance DJ, the dopamine-depleted George Acosta. It should be a guido...er, good time for all. 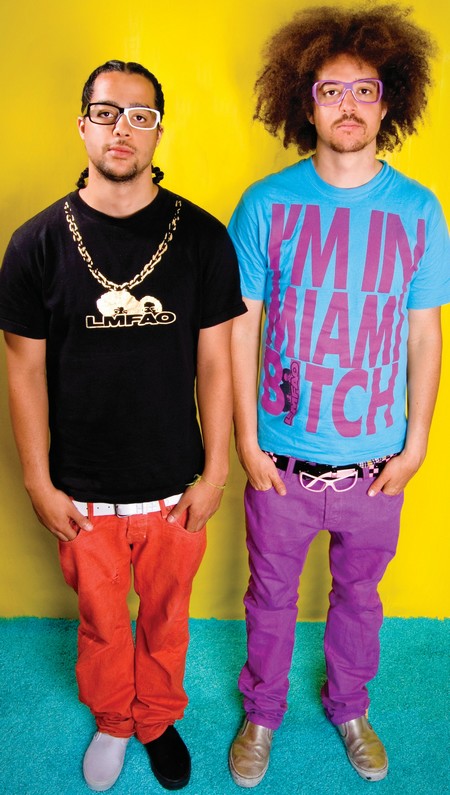 This catchy shirt had me thinking: When in fact can you confirm that you're actually in Miami, bit**? Let's break it down, anti-Bud style. You're about to enter the No-Stat Zone.

The wonderful cesspool city of Miami has been the birth place of countless musical catch phrases over the years.

Will Smith welcomed us to Miami in a bi-lingual fashion in 1997.

Gloria Estefan invited us all to do the Conga in 1985, but now encourages us to Conga from the safety of the shoreline and not on the back of a Waverunner.

Many current UM fans don't understand why they're historically called, "Thug U". Miami native Trick Daddy could've had something to do with it in 2000. Before the new millennium, perhaps behaving like a thug (or as Dictionary.com defines it "a cruel or vicious ruffian, robber, or murderer") was a BAD thing? Was it really? Since Trick's song, I can't remember.... 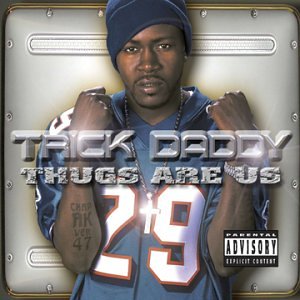 Tallahassee is admittedly weak on the rapper front. Besides the thuggish ruggish Queen Latifah, the only heinous admission by a Tallahassee hip hop native was the act of fornicating with a consenting mermaid. 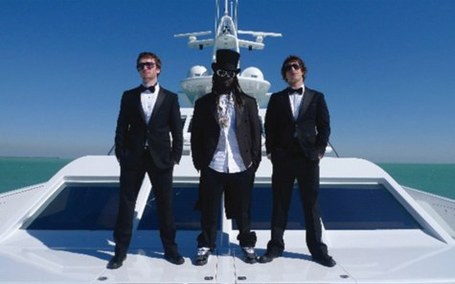 The current UM alumni must be uber-proud of the official song of DA UUUUUU, an adaptation of Soulja Boy's "Crank That", in which he encourages all young men to "Supersoak Ho's". Now I'll let FSUncensored and CaStauch break down the X's and O's of Ho Soaking, but we're left to wonder if the long-time Hurricane Boosters are running up ridiculous dry cleaning bills in Coral Gables.

Enough with the digressing already. LMFAO has a catchy song and a catchy shirt. But non-305 residents need to know appropriate times to utilize the signature phrase. Maybe you guys can help me out, but here's a foolproof list of when it's completely appropriate to reply in conversation, "I'm In Miami, Bit***"

"Are you sure that's a good idea? I'd properly secure that mattress to the top of your car before you jump on I-95"

"You only served 24 days in jail? I'm getting 2 years for shooting myself in the leg...but you literally murdered a Cuban with your Bentley. How is this fair?"

So if you run into some disoriented UM fans this weekend, unsure of their surroundings...having arrived riding bit** up the Turnpike on the center console of a Mazda 323, key bumping blow the entire way, bopping their heads to some LMFAO, tell them the K-Man is offering a new custom shirt to help them feel comfortable during their stay: 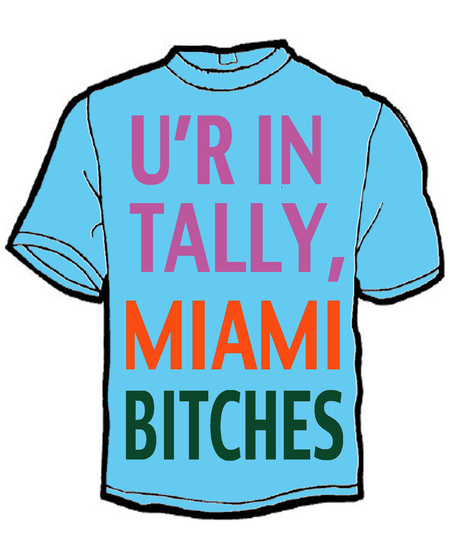