Last night a couple of friends and myself got together for a few drinks, to watch the BYU-OU game, and to make arrangements for our usual game watching social event for Monday night's FSU-UM game.  Our little group of football aficionado's typically includes some cane's, a couple of gators, and mostly us Nole's.  While the full gang was not present for this pre-game summit, a representative sample of the group was there.

I would just like to say that I made some very bewildering, yet interesting observations and discoveries last night.

Let me interject that living in South Florida and being a die-hard Nole fan, I have been forced to pretty much stop reading the two local college sports sections of the local media for about the last month to avoid getting a ruptured cerebral aneurysm from the articles and stories being written by the biased cane media, and even more so, by the follow up comments made by the cane faithful.

Much to my chagrin and surprise, now even my very intelligent and college educated cane friends (unlike most of the cane fans who have never stepped foot on a university campus) have bought into the the hype and the propaganda machine that is in full force down here in South Florida.

Of course there was the usual back and forth bantering.  They made some disparaging comments about my Noles, and I responded likewise, which is to be expected and long considered part of our usual pregame trash talking, and not at all a surprise. That is not my point.

My point is, that upon further discussion and continued indulgence, the extent of their delusion that exist about the current state of their progam is simply quite amazing. They were clearly making these comments to me, a Seminole, while wearing their orange and green beer bottom glasses, which is fine and understandable because we all love our Alma Mater equally. At first I just figured this was this just our typical your team sucks, our team is better than yours, na na na, bantering.

As time passed though, it became crystal clear that they really truly believe that UM's program is further along than FSU's.  They truly believe that their defense will dominate our Nole's offense all night long.  They added that while Jacory Harris may still still be a little green, our defensive backs stand virtually no chance against their "all world" receivers.  Furthermore, their running game will control the flow of the game because our front seven are so bad, they may only need to want to attempt several passes during the game, just to keep us honest, because they will be able to shove the ball down our throats all night.

Again keep in mind, that these individuals are well informed, knowledgeable football fans, and not some some cane thugs trolling the Nole message boards just to call us free shoes u, music cheaters, or criminoles (even though those words did come up at some point during the evening and of course I replied with the typical THUG U and the ever popular you can't spell scum without UM retorts).  They were making what must have sounded in their, at this time still sober minds, reasonable, objective comparisons of our 2 programs.  They were SERIOUS.  This is what they truly believe, and this was very disturbing for me to hear this coming from 2 close friends whose opinions in the past, I would normally respect.

Had I been transported to bizarro world?

At this point I realized there was no point trying to convince these normally rational and knowledgeable football fans otherwise, and then I decided to let it go and kept repeating "we will see what happens on Monday night."

So after we placed our "friendly" wagers on the game, we decided it would be in our best interest to stop talking about the upcoming Labor Day game and for us to enjoy the BYU upset that was unfolding.  (BTW, by the end of that game, these same cane fans were very excited about their chances against OU later in the year, but by this time we were all experiencing a less than a rational thought process).

Later on and earlier today I could not help think back on our pre-alcohol induced back and forth, and how confident these otherwise cognizant and informed football fans felt about our upcoming showdown.

So what's my point with this keyboard heave?

Have I been totally underestimating the progress UM has made since the end of their season ending debacle in the NUT Bowl in California?

Is it possible that a new OC and DC can transform and teach a team their new system that quickly and that they will grasp it all?

Even though I will admit that our defense lacks depth, are our starters going to get pushed around ala BC last year?

AM I THE DELUSIONAL KOOL-AID DRINKER?

So I asked the other TN authors who's email's I had, what their predictions for this game are.  Below are the predictions of those who have already replied as of this publishing.  I will update this story with more predictions from the TN staff, if any more of them respond.

I am not the needy type that needs a lot of reassurances.  I normally don't give a crap what others think. However, find myself a little disturbed by their excessive confidence.  So I am turning to the most knowledgeable group of Nole's that exist on any of the boards.

WHAT IS YOUR PREDICTION OF THE FINAL SCORE?

And to sweeten the deal the person who comes closest to the actual final score (not spread) will win something shiny.

You already know by my headline, and by what's in the box above, what my prediction for this game will be, but I want your thoughts.

However, just a couple of footnotes and background information regarding my prediction.

A)  I am presently tied for 2nd (out of 1st place by only one game) in the Tomahawk Nation office pool (not that this matters or that it will last very long), but in my mind this makes me a "self proclaimed so-called expert."

2)  Last year before the UM game, on October 4th, at 1:15 PM,  I predicted on Andrew Carter's Chopping Block, that FSU would pound 41 points on UM, and the final score would be 41-17 points (which is what the final score really should have been if not for the mental errors late in the game).  If you don't believe me, that's OK, but you can check it out here.  Needless to say at that time I was called insane, impaired, delusional, and much worse.  I will not dispute any of those accusations, because there is some truth in them all.  However, at the same time this gives credibility to my "self proclaimed so-called expert status."

D)  And finally, recently I was eloquently informed that my FSU-UM rivalry series sucked and was a waste of space because all the readers here only  want game analysis with charts, bar graphs, etc. and not pointless youtube videos or articles littered with ridiculous pictures.

So after much objective self analysis,  I have decided to change my writing style to conform to what the readers here at TN want, nay, demand, and deserve.

Therefore I have included the following chart/bar graph to show you how at arrived at my prediction complete with thorough exponential analysis. 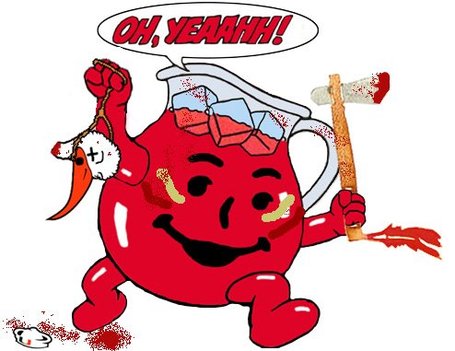 IF YOU CARE TO CONTRIBUTE TO THIS STORY, I AM VERY INTERESTED IN KNOWING WHAT YOUR PREDICTION OF THE FINAL SCORE FOR THIS VERY IMPORTANT RIVALRY GAME IS.