As the final installment of my Under Armour All-America Game recruiting coverage we have a gallery of photos taken fromthe sidelines of the game yesterday. I would like to thank user "anonymity" for photographing the game for us. He is a friend and a good photographer for someone who does it as a hobby; he also edited the photos and added our "watermark". Enjoy! 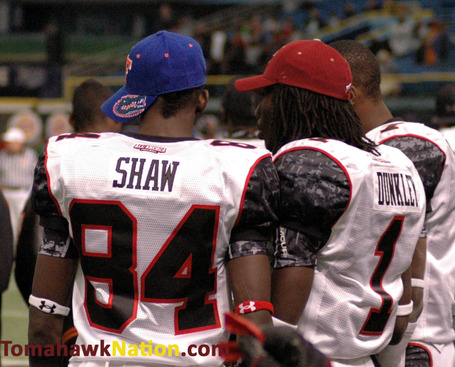 These two were just having some fun by switching hats. Think before you comment please. 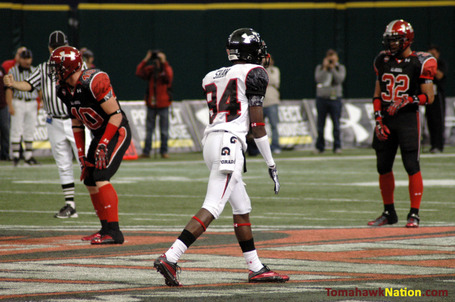 Shaw had a great week of practices. Noles should be excitied to get him on campus. 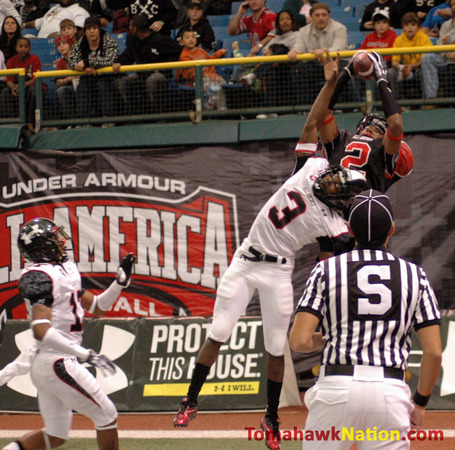 Joyner played this ball well, but a good catch and a great throw allowed a TD over his outstreched arms. 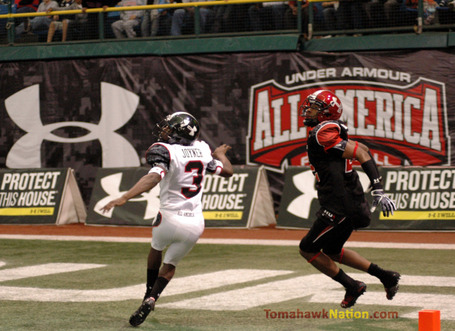 Joyner has good position and prepares to jump. 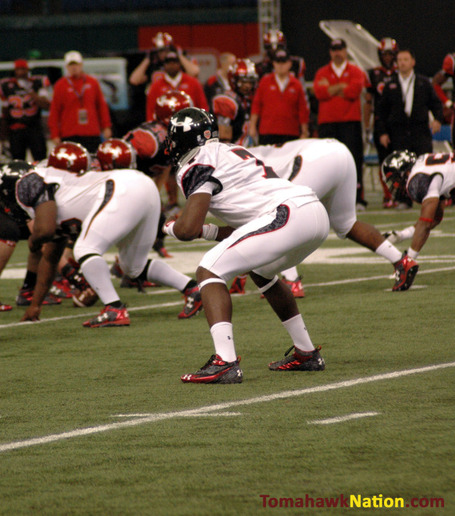 Christian Jones playing OLB looks the part, I would say. 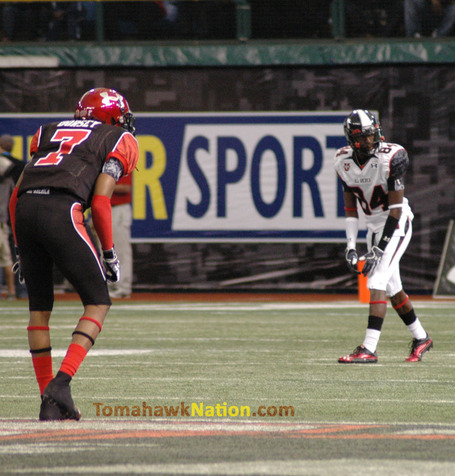 A unique angle peering at Kenny Shaw with S Demar Dorsey in the foreground. 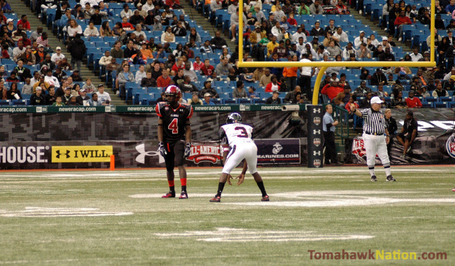 Look at those ball swatting arms. 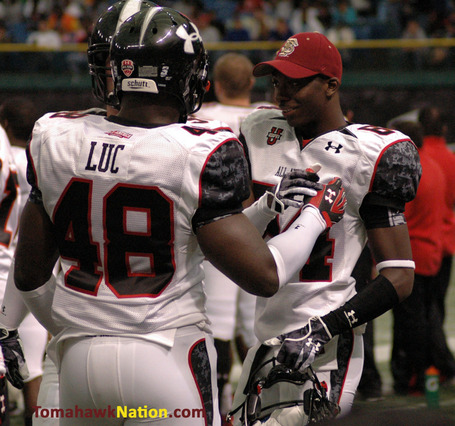 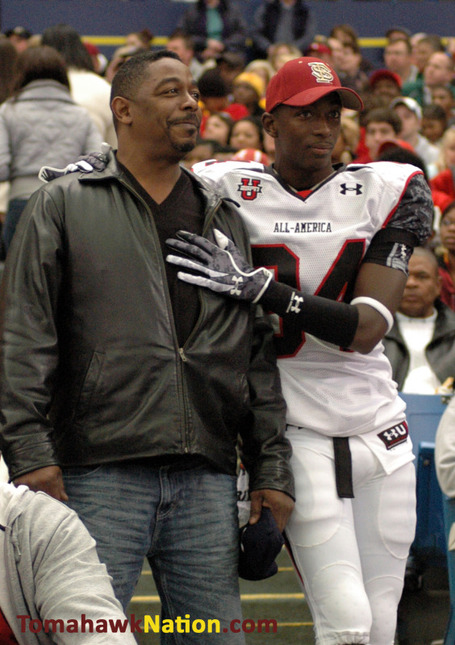 Even though he had been a strong leanfor a while, it is nice to have Kenny on board. 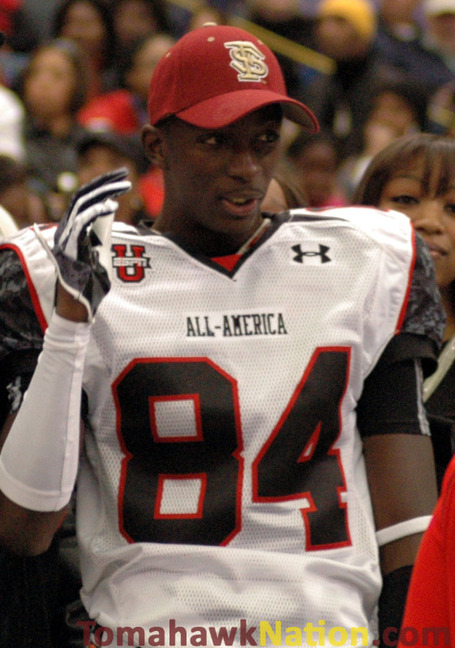 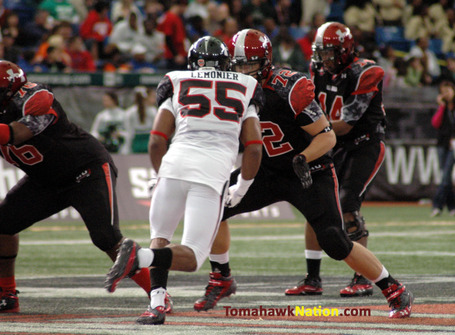 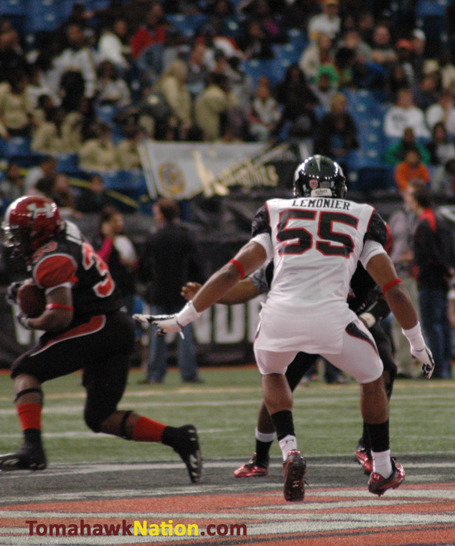 Lemonier is considered an FSU/Auburn battle until National Signing Day 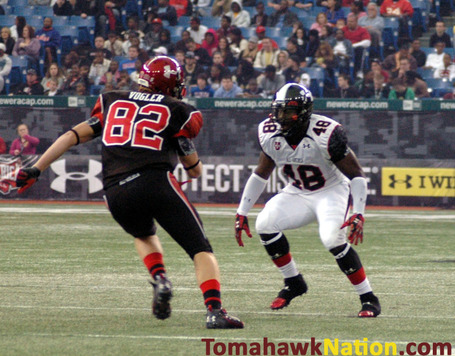 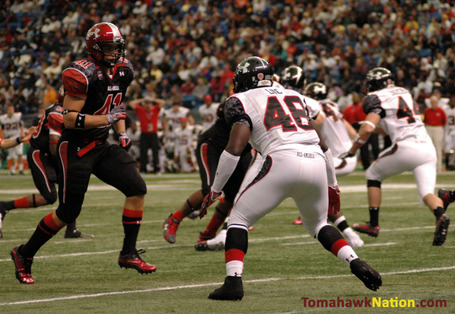 Jeff Luc is not only a commit, but also a recruiter for FSU these days. 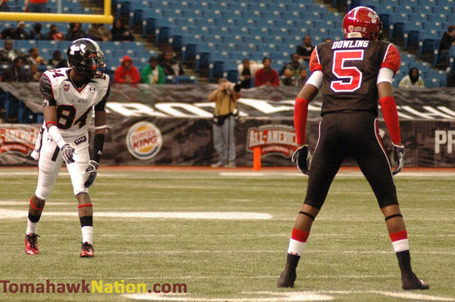 Get used to this sight. 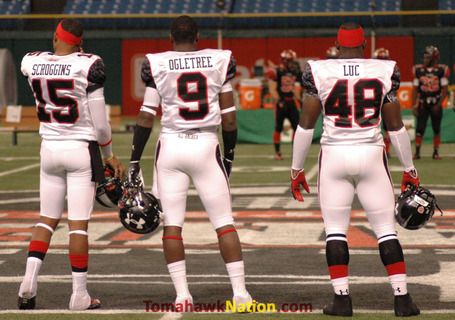 Luc was a captain for the game. 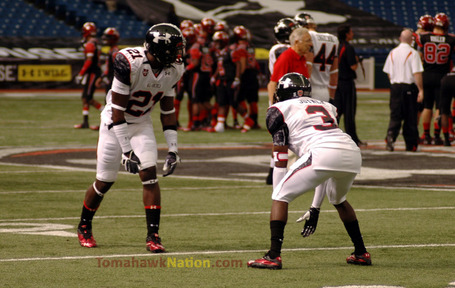 Hey Joyner, I dropped something; can you not move and pick it up then cover Da'Rick? 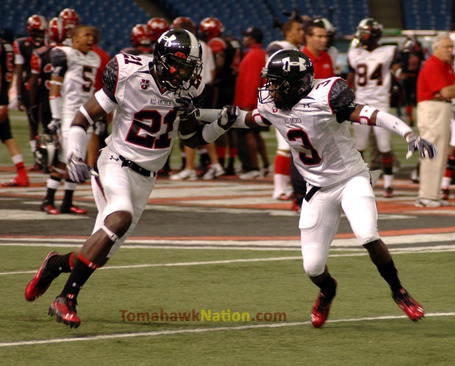 Fantastic picture from pre-game 1 on 1s. Joyner picked this ball off. 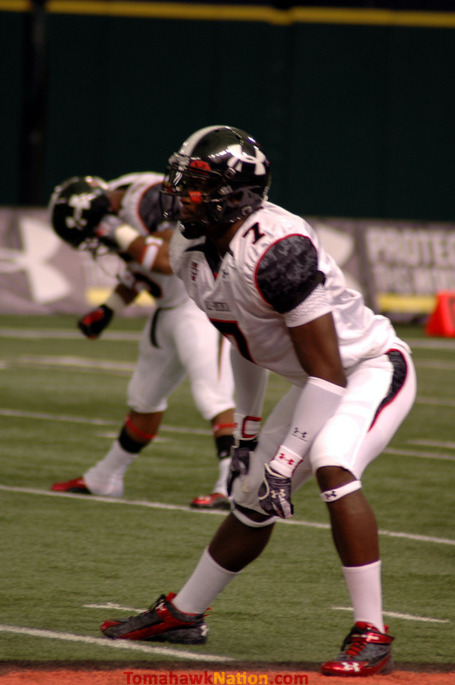 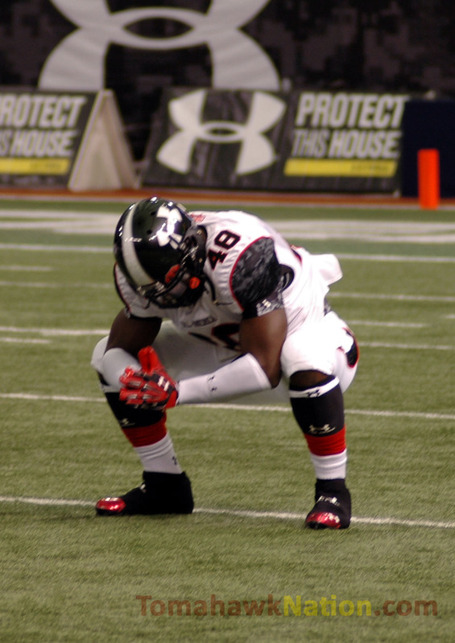 Luc getting in the zone.