Florida State Too Much for Overmatched Rival

Share All sharing options for: Florida State Too Much for Overmatched Rival

Florida State executed while limiting the self-inflicted wounds that have been so characteristic of previous games this season as well as previous seasons, committing only 5 penalties compared to UF's 11. Combined with UF's complete lack of a passing attack, FSU's defense played again to the bend-don't-break philosophy while capitalizing on forced and unforced errors (4 UF turnovers). After allowing points on the short field on Florida's 1st posession, the FSU defense would yield no more the rest of the way.

UF was held to 4.4 yards per play, the 5th time this year they've been held to that number or less. Florida's 64 passing yards is a season-low and (at least) a 5-year low. Florida abandoned the pass quite early in the game as FSU's coverage was shown to be more than adequate to defend against the hucks coming out of UF's backfield.

FSU was led by Senior QB Christian Ponder, whose 3 TD performance capped an incredible night for an offense that was seldom out of rhythm. UF forced only 1 3-and-out against the Nole offense, and that came in the 4th quarter with the game already well in hand. Ponder read UF's coverage well, finding Rodney Smith in a soft spot between the safety overtop and corner underneath in the 2nd on a 39-yarder to put the Noles up by 10. Credit the Noles offensive line for protecting Ponder on passes and getting some movement in the run game.

Last but not least, credit the 12th man on the field tonight as Doak Campbell was finally taken back tonight. FSU's crowd - particularly, the over-crowded and -imbibed student section - forced UF to blow all 3 timeouts early in the first half. Numerous times FSU's band was overpowered by the crowd noise.

The Seminoles will play Virginia Tech in next Saturday's ACC Championship in Charlotte, N.C., with the winner earning a berth into the Orange Bowl. We'll have more on this and the big win later on.

We're sorry for the low quality of the Moody-Demps hit below. Demps is sorry for leaving his feet.

Inside, a photo feature: 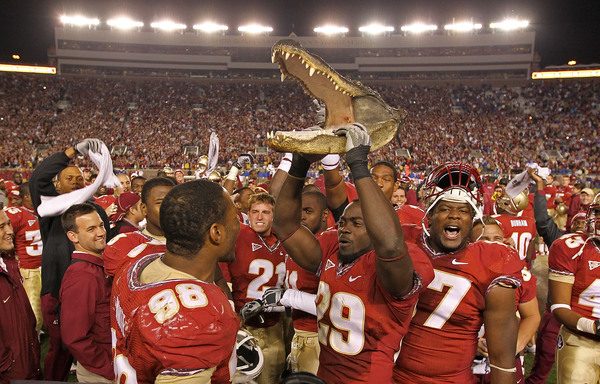 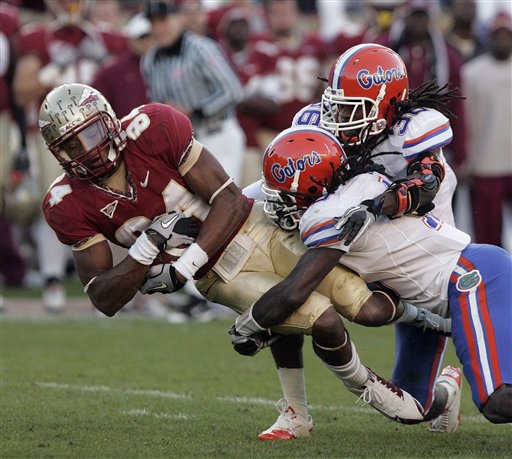 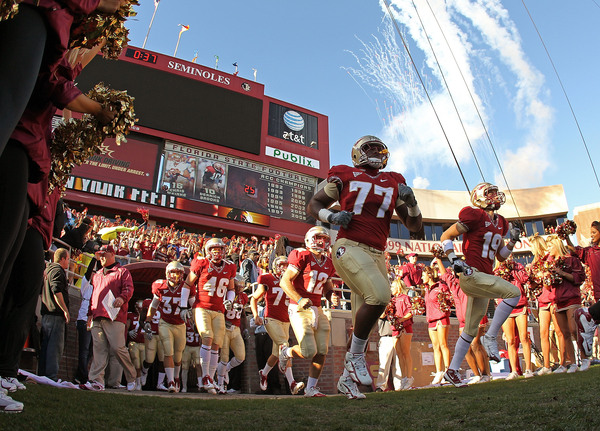 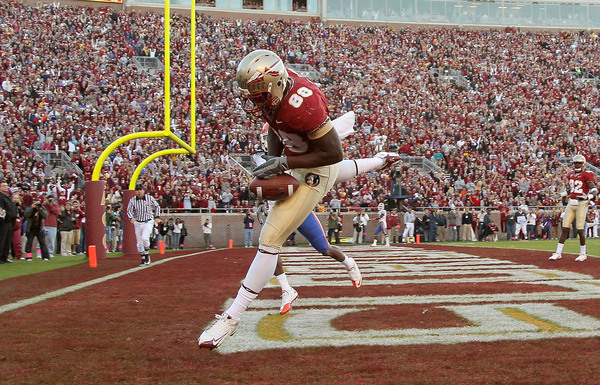 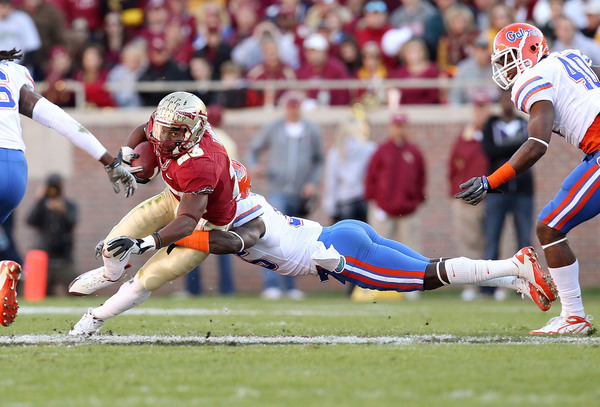 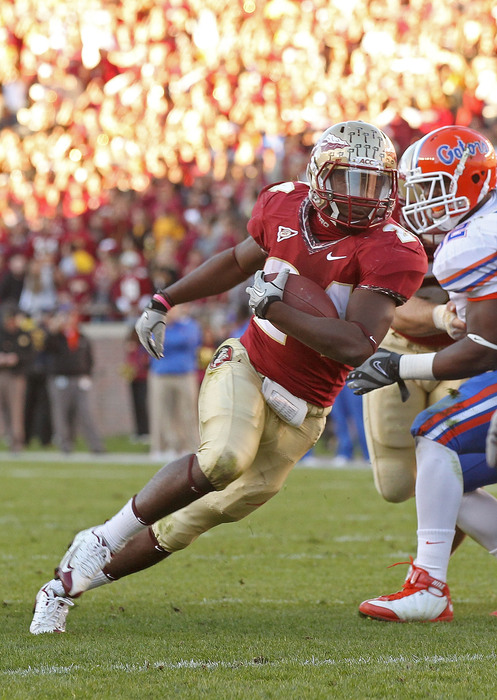 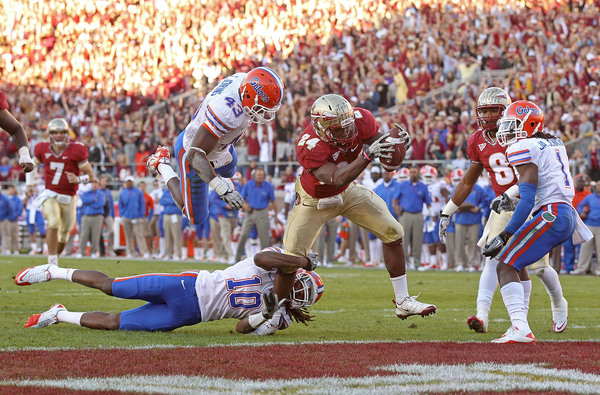 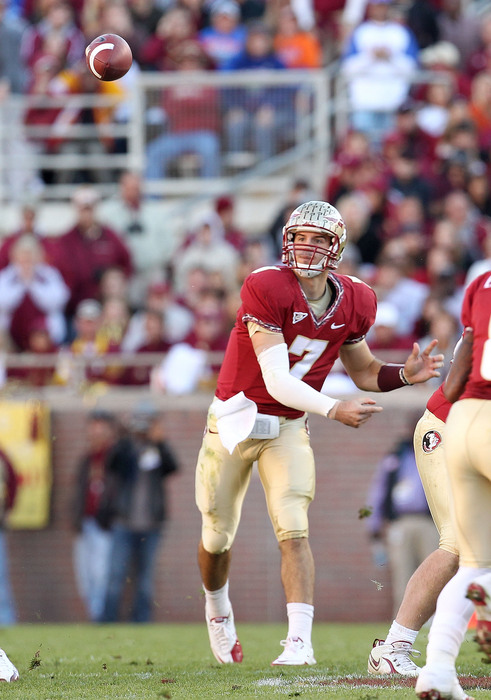 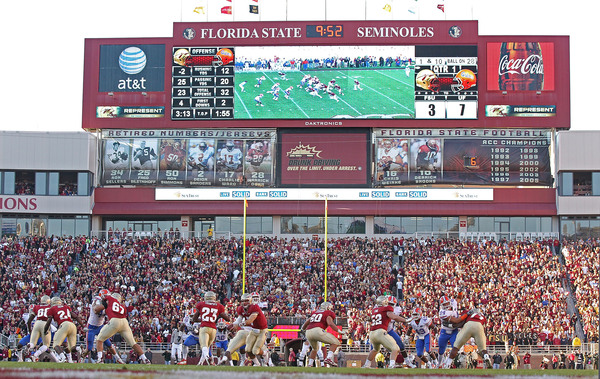 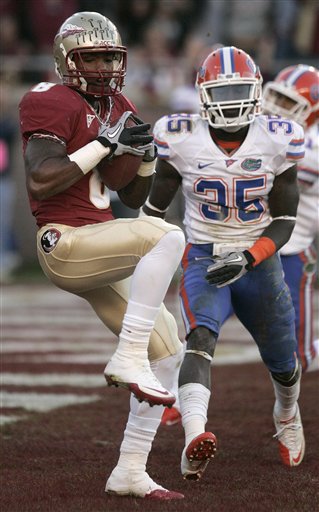 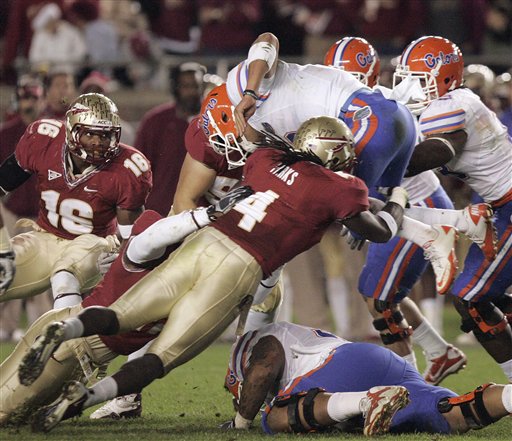 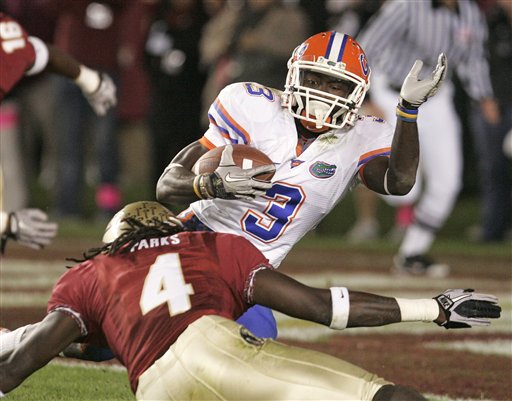 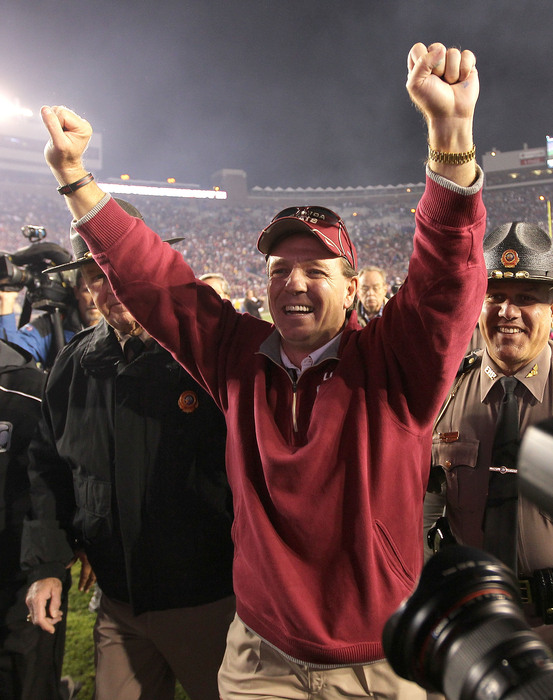 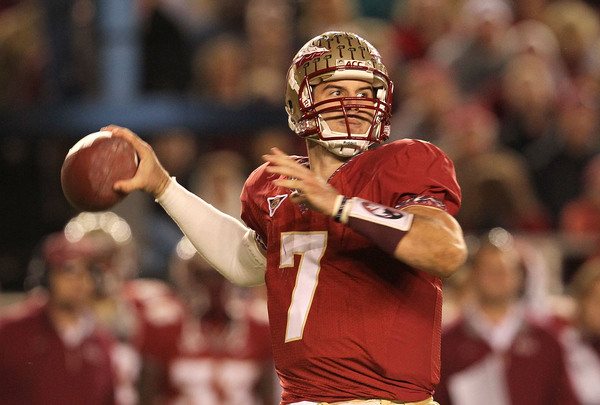 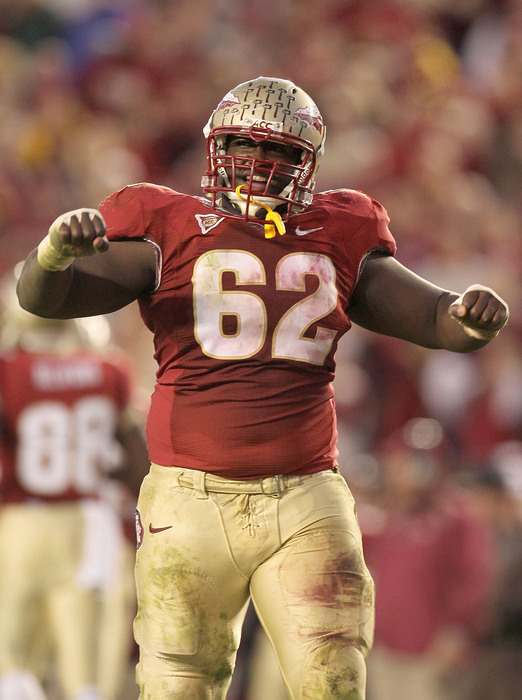 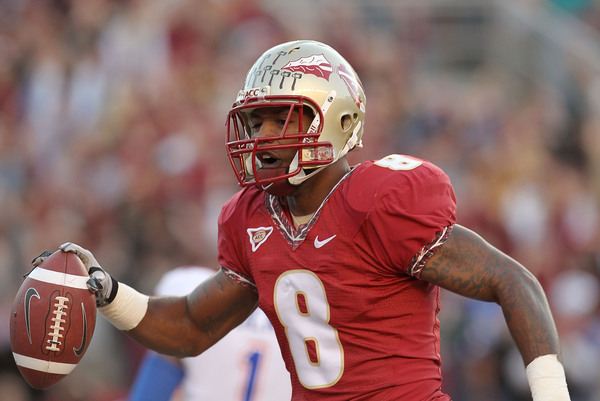 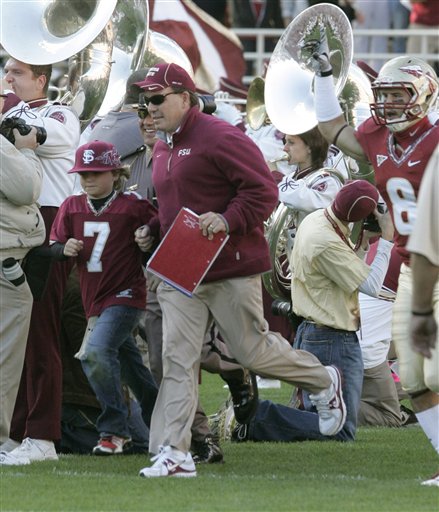 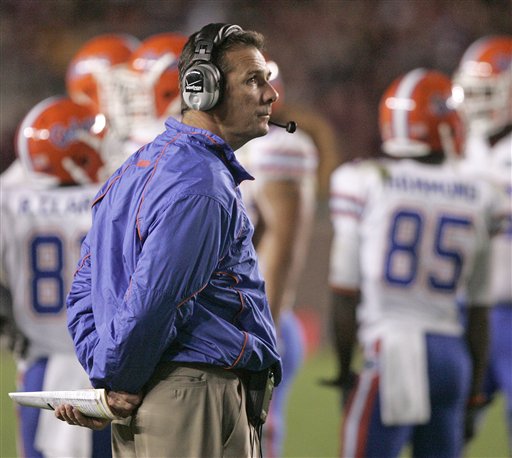 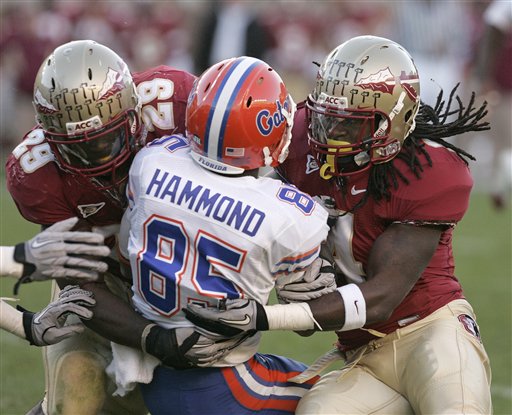 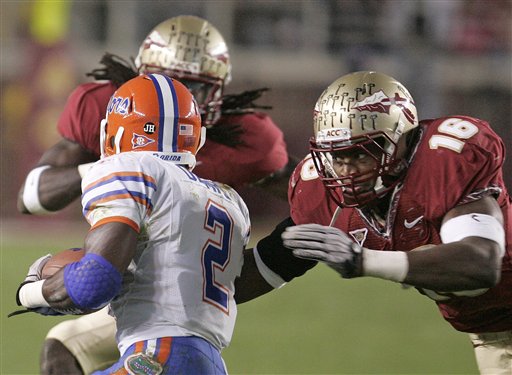 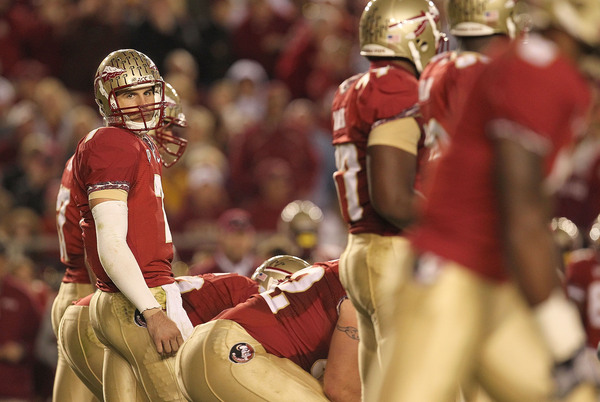