By now I am sure everyone has read coonhound's fanshot about FSU quarterback and Gator Bowl MVP EJ Manuel, who underwent arthroscopic right shoulder surgery on Friday, and which will prevent him from participating in spring practice. Manuel is expected to be at full strength when the Seminoles open preseason camp on August 5.

Dr. Steve Jordan of Tallahassee Orthopedic Clinic said that Manuel had been suffering from rotator cuff tendonitis since last season, but doctors were hopeful that the injury would get better with rest. Jordan said Manuel’s operation, performed by himself and Dr. Bill Thompson, is a routine surgery in which ligaments are tightened to protect the rotator cuff.

"E.J. had a sore shoulder all fall," Jordan said. "But by sharing reps with Christian Ponder, we were able to keep it under wraps. Then when Christian went down, he had to take all the reps, and the intensity went up with him being the starter."

"We were hoping to do it after the spring, but it wasn't getting any better with rest," Jordan said.

"It went very well," FSU head coach Jimbo Fisher said of the procedure. "There was very minimal damage and he needed a little clean-up. He should be ready to go when we begin (preseason) practice."

Jordan also said Manuel’s surgery was successful and that Manuel should be able to throw by June and ready for full practice by August.

EJ led the Seminoles to a 3-1 record over the final four games of the 2009 season, following starter Christian Ponder's season-ending shoulder injury. Manuel completed 65 percent of his pass attempts for 817 yards and two touchdowns on the season, capped by his MVP performance in Florida State's 33-21 Gator Bowl victory over West Virginia. He also finished third on the team with 196 rushing yards and two scores.

In an interview with Andrew Carter (Chopping Block) from the hospital where his son underwent the procedure, EJ's father Erik Manuel said that EJ will wear a sling for four to five weeks and then will begin rehabilitation, that EJ’s shoulder had been injured throughout FSU’s season, and that EJ was playing through the injury when he started the Seminoles last four games.

"Most of the season, he played through it and they thought it would mend itself with them not throwing since the bowl game," Erik said.

That didn’t happen, though. EJ attempted to throw recently, Erik said, and suffered the same kind of shoulder pain he had suffered throughout the season.

"The kid was playing injured," Erik said. "But he did what he had to do to make the team better. But I think coming out of this, he’ll be much stronger.”

Meanwhile Christian Ponder, who led the ACC in total offense and was the league passing leader at the end of the regular season, is ahead of schedule in his recovery from right shoulder surgery and will participate in spring practice.

"Ponder is going to practice," said Fisher. "We'll limit what he does and build his arm strength, but he'll be full-go and will participate in scrimmages."

The Seminoles are scheduled to begin spring practice on March 16 and the 20-day session will culminate with the Garnet & Gold spring game on April 10.

Ira Schoffel, one of the FSU beat reporter's for the Democrat, also reports on a couple of other players off-season maintenance surgeries, and expects that we will be hearing about a couple more minor surgeries in the very near future.

Though FSU hasn't announced any others, Manuel was one of several Seminoles to undergo off-season surgeries. In what seems like an annual rite of passage, most of those repairs are taking place along the offensive and defensive lines. (A season's worth of banging against other 300-pounders can take quite a toll on a body.)

The ones we know about right now are offensive lineman Zebrie Sanders (hip) and defensive lineman Moses McCray (elbow). Both should be fine for the 2010 season. Look for a rundown of the other surgeries in the coming days.

Click on this link to read some more of Ira's interesting thoughts on EJ's injury and on how All eyes will be on defense this spring, anyways.

Finally, as first posted here by Wild@Heart Nole, Brandon Davis (Guard) has informed school officials he will not return for his senior season. Davis took a redshirt in 2006 and is on pace to graduate before the fall. 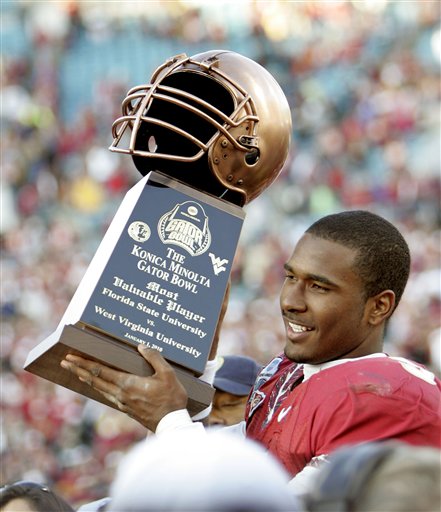