Yesterday we looked at FSU's 29th ranked offense.  Today we focus on the strength of this year's team; the nation's 12th ranked defense.  Unlike the offense, this group has had pretty good injury luck and is benefitting from exceptional depth at the most important positions.  FSU suffered from considerable lack of size and depth up front before Jimbo Fisher took control.  That these attributes--just a year and a half later--are now defensive strengths is every bit as refreshing as it is amazing.  In recent weeks, improved linebacker play, healthier starting cornerbacks and favorable match-ups against opposing offenses all contributed to a string of dominant performances.

As usual, these stats are per-play and similar to those comprising the S&P system (FSU is ranked #6 in this half of F/+) and do not include any plays that occurred after the games were mathematically over.  The improvement in raw numbers from 2010 is remarkable; ypp is down 0.7 yards, success rate (SR) is down 9%, exp rate is down 1.5% and negative play up is up 6%.  If you include all plays, in all games, FSU is topped in ypp by Alabama....and Alabama only.  This defense has done an incredible job at stopping teams on 1st down.  Because of this, opposing offenses have played behind the chains on 38% of all plays.  The national average is about 32%.  However, the Noles have not been great on 3rd downs, where they rank 37th overall. 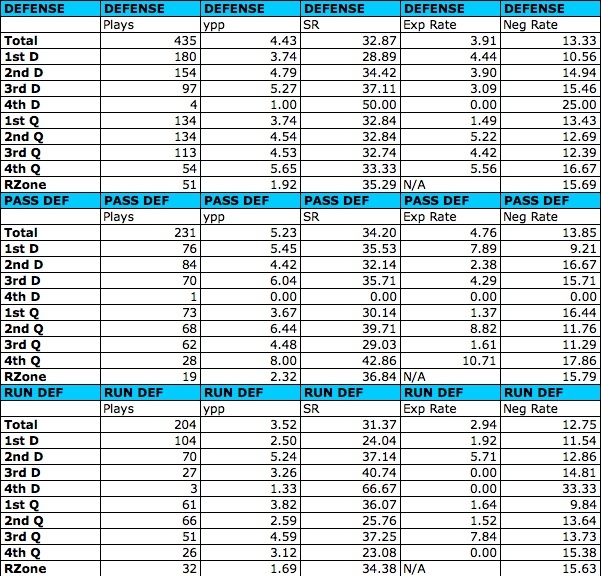 The standard running downs defense has been tremendous.  There really isn't much else to say here. 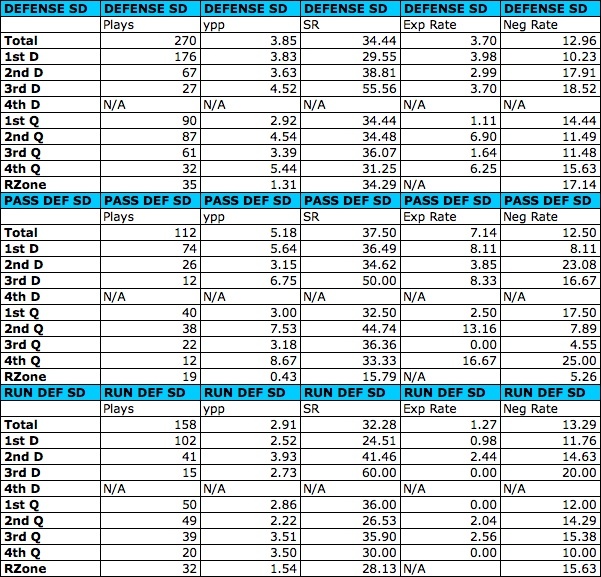 With better system understanding and undoubtedly a lot more confidence from the coaching staff, we have seen many different looks this year.  While the numbers certainly are better with more than four defensive backs on the field, it should be noted that FSU played mostly 7-man fronts--about 90% of the snaps--against the only two top-10 offenses faced (OU and CU).  Most of the nickel and dime packages occurred against offenses that really just didn't have much fire power.  Also, FSU's top three cornerbacks weren't completely healthy early in the year and the coaches probably had more confidence in the linebackers than an untested defensive back. 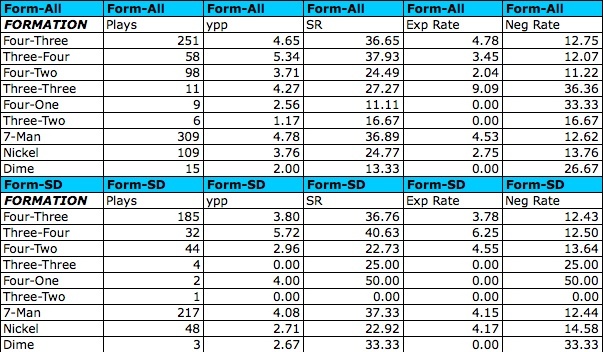 What you see below is the kind of depth FSU has not had in a long, long time.  I count five or six future NFL players in this list and at least three first day selections.  I've been told, however, that I tend to be overly optimistic about this defense.