Share All sharing options for: Basketball season recap: the offense

In the first part of the season recap I looked at how I did with the preseason predictions. Now it's time to review the individual units, and today I'm starting with the offense. Following the ACC tournament run, and then through the two NCAA tournament games, FSU's offense finished the season ranked 75th in the nation. In ten seasons with Leonard Hamilton this ranks as his 4th best offense, and the first time this senior class cracked the top-100.

The stats I'm presenting have all been adjusted for strength of opponent, and whether the games were played at home, away, or at a neutral site.

In the future I'll be covering the defense, the players, and finally, the effect of moving to a 3-guard lineup.

Here are the charts from the video. Game numbers along the bottom, points per 100 possessions on the side. : 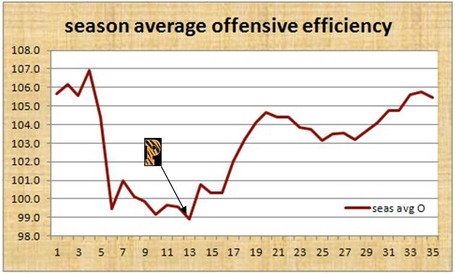 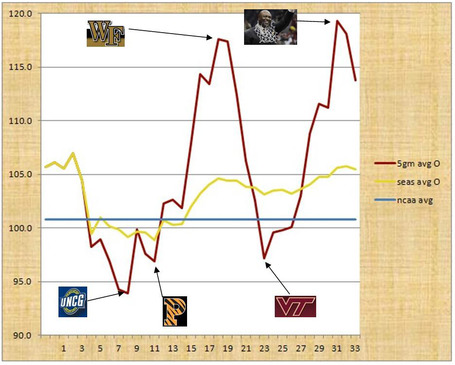