Share All sharing options for: Basketball season recap: the defense

Last week I looked at how the offense performed this season, particularly in light of the switch to a 3-guard lineup. Now it's time for the defense.

This stuff is relevant because FSU does not currently have the personnel to run a traditional lineup next season. The Noles have zero legit wings on the roster, though a few are being pursued for the spring signing period (most notably Shelden Jeter and Nick Wiggins). Regardless, a return to the 3-guard lineup appears likely.

So what effect did it have on FSU's defense? That's what I examine today. Later this week I'll wrap it up to see if the change in offense combined with the change in defense resulted in a net gain.

Here are the charts I used in that video. 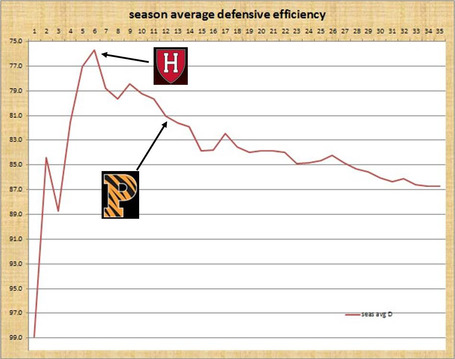 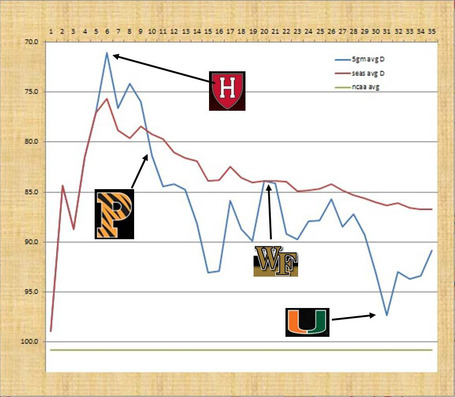