Inside we have pitching probables and a look at the offenses, feel free to check in and contribute throughout the day as we will be providing updates the best we can.

Baseball fans are in for a great experience today as they get to see one of the top pitchers in the country and a sure fire first round draft pick next week. As mentioned in yesterday's preview he gives the Bulldogs a quality start just about every time he pitches. Looking deeper in to his numbers he is really just a shutdown power pitcher, an 8:1 strikeout to walk ratio in conference play is absolutely freakish. Samford will counter with Charles Basford a Tallahassee native who transferred from Pensacola Junior College. Basford is hardly the power pitcher that Stratton is with a K:9 nearly half of his but he is a workhorse pitching almost seven innings per start.

Its not secret that the Mississippi State offense is bad, in the six games they played in the SEC tournament they averaged less than four runs scored. After scoring nine runs in the first game they scored 3, 1, 4, 2 and 3 runs in the remaining five games. Lucky for them with their pitcher on the mound today one run might be enough.

Samford has a prolific offense that can put up tons of runs but they have yet to face a pitcher of Stratton's caliber all season. The Mississippi State staff limited two of the best offenses in the SEC, LSU and Kentucky, to a combined six runs in three games so if Samford can put up even a few runs it would be quite the accomplishment. 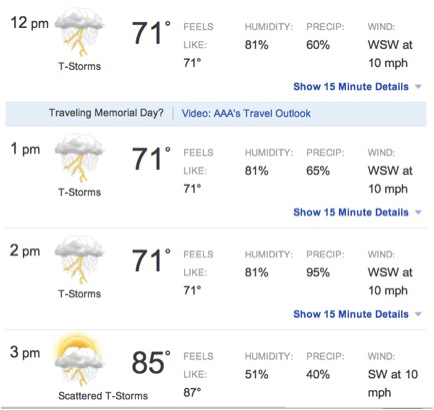 As clear as the weather looked yesterday is as bad as it looks today, if the forecast holds true be prepared for delays. The good thing is that Mike Martin Field was completely overhauled in the offseason and drains very well if it rains.

In a matchup like this its hard not to go with Chris Stratton and Mississippi State in a low scoring game.

This is not exactly the pitchers duel that we might see in the first game. Scott Sitz has recently been put into the weekend rotation for the Noles and has fared okay, if he can give Florida State five solid innings they would gladly take it. Michael Busby is coming off of a C-USA Tournament MVP award where he had a win and a save pitching 8.2 innings allowing only one earned run on four hits. He will need to pitch like that this afternoon in order to contain the Seminole offense.

The Florida State offense is one of the best in the country and despite a poor outing in the ACC tournament their offense has been excellent most of the season. As good as Busby was in his conference tournament he didn't face an offense like Florida State, if he can get through the lineup twice I think it would be quite the accomplishment.

In the preview we told you that the Blazer lineup only has one player that has an OPS of .800 or better. Seminole pitching would really have to struggle if the UAB offense was able to score enough runs to win. 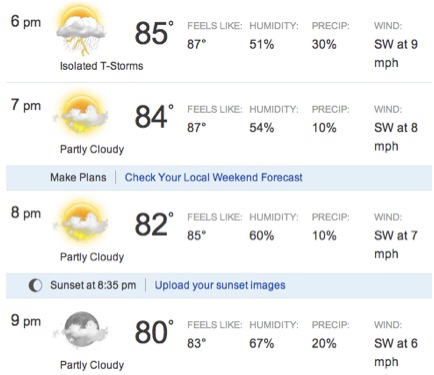 Looks like storms are threatening all afternoon which could always delay the start of game two, if not the weather looks to be clearing up just in time.

I think it would take an extremely poor outing from Florida State pitching if they were to lose this game. The Seminoles' offense is too good and should be able to wear down a less than average Blazer staff.

Today's games can only be viewed on ESPN3 but we hope you will join us here if you can. We will provide updates as best we can.