What did the major college football outlets have to say about Florida State's blowout of Clemson? All of these articles are worth your time.

Share All sharing options for: National media thinks Florida State football is back

Get your shirt here! 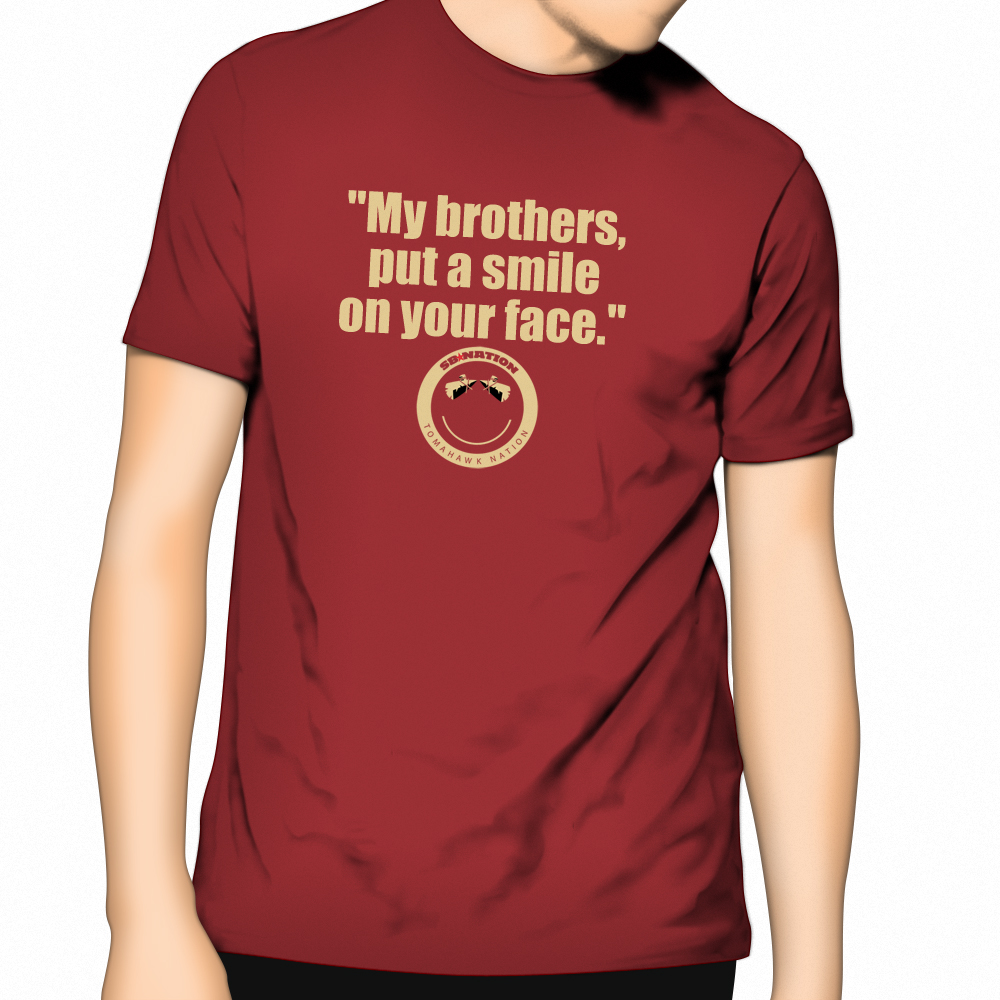 The Top Whatever, Week 9: Ranking only the college football teams that matter - SBNation.com

It's not Clemsoning if you lose 51-14 to a Florida State team in a state of full, orchestrated rage, so stop yourself before you trot out that tired phrase. Clemsoning implies the possibility of winning a game, and then the forfeiture of said possibility via an incompetence passed generationally from one Clemson team to another. This was not Clemsoning, because Clemson never stood a chance of winning this game.

Not with the Florida State defensive line demolishing the Clemson offensive line on every play, not with Jameis Winston continuing a long, unconscious, and impossibly composed run of brilliance through the 2013 schedule, and not when Clemson averaged 4.5 yards a pass while Florida State averaged 12.7 per pass play. It's Clemsoning if you see the top of the mountain, then sneeze and fall 10,000 feet into an ice cave and die. It's not Clemsoning when the whole damn mountain falls on you.

Normally, when a network is afforded access to a team's pregame locker room for its broadcast, viewers see a coach standing in front of his players delivering some last-minute words of encouragement. The players are quiet. The atmosphere is tense.

On Saturday night, however, ABC broadcast a rare, eye-opening moment. With no coach in sight, a relaxed and radiant Florida State quarterback Jameis Winston had his teammates' full attention. "We ain't leavin' without a victory!" Winston shouted. "Hey, my brothers. Put a smile on your face." His teammates then joined him in proclaiming that at Florida State "we do it big!"

At that moment, perhaps we should have seen the Seminoles' 51-14 romp of Clemson coming. If not then, certainly after the first sequence of the game, when cornerback Lamarcus Joyner forced a fumble on the Tigers' first offensive play, and Winston connected with a leaping Kelvin Benjamin for a 22-yard touchdown shortly thereafter. Any pregame concerns about the redshirt freshman's ability to handle the raucous atmosphere at Death Valley were instantly rendered moot. By night's end, Winston had thrown for 444 yards and the 'Noles had scored the most points of any Clemson opponent in Memorial Stadium history.

An entire generation of college football fans has come of age with no recollection of when Florida State was the baddest team in the universe, when Sanders and Charlie Ward and Warrick Dunn and Peter Warrick and Peter Boulware steamrolled nearly every team they played. It has been 13 years since the Seminoles finished a season ranked in the top five of the AP Poll. Within the ACC, the fear of Florida State dissipated with each random loss to NC State or Wake Forest. People forgot how thoroughly a fully realized Florida State team can destroy a quality opponent. On Saturday, when Florida State receiver Rashad Greene put a finger to his lips when he reached the terminus of a 72-yard second-quarter touchdown pass and the Clemson crowd complied with silence, the memories came flooding back.

CLEMSON, S.C. — They had stacked elite recruiting classes on top of one another, re-established their identity as a dominant defense and even won an Atlantic Coast Conference title last season. And still, Florida State had been the forgotten program in the national title chase the first half of this year.

After spending more than a decade out of the discussion, after building a well-earned reputation as perennial underachievers, it was easy to dismiss what the No. 5-ranked Seminoles had accomplished. But that all changed Saturday night, when Florida State went into Memorial Stadium as a question mark and emerged as a legitimate national title contender.

Never have the Seminoles looked more like the 1990s, Bobby Bowden-era version of themselves than in a 51-14 waxing of No. 4 Clemson, which is to say they looked like a team that would stack up very well against the Alabamas and Oregons of the world.

"It was textbook," Joyner said.

It was also talent. If you’re scoring at home, that was a five-star forced fumble leading to a five-star recovery and score.

Eleven minutes of clock time later, brilliant Seminoles freshman quarterback Jameis Winston was firing a bullet over the middle to receiver Rashad Greene. He stepped through three attempted tackles and ran away from everyone in orange at breathtaking speed, going 72 yards for a touchdown.

"I don’t consider him a freshman," Greene said of Winston. "That’s a grown man."

That was a five-star throw to a four-star catch-and-run touchdown.

Those two big plays in a record-breaking, 51-14 crushing of Clemson illustrate why Florida State is quickly regaining glory-days form. The spectacular recruiting classes culled by coach Jimbo Fisher – all in the Rivals.com top ten, including the No. 2 class in 2011 – are growing up, moving up the depth chart and taking over team leadership. These are players everyone wanted, and they are living up to the hype.