In 1998, Florida State was arguably the best team in the country for much of the year. With future Heisman winner Chris Weinke at quarterback, the Seminoles were selected to play in the first ever BCS title game against Tennessee. One problem -- Weinke had suffered a neck injury a few weeks earlier and would be unavailable to play.

With Weinke, FSU would go on to win its BCS title in 1999, play in one more title game in 2000, and then take about a decade off from dominating college football.

Now, in the final year of the BCS, Florida State is back in the game. And this time, it will have its Heisman winner at quarterback, as Jameis Winston projects to be the runaway winner of the trophy next weekend in New York. Florida State grabbed all 62 1st-place votes in the USA Today Coaches Poll 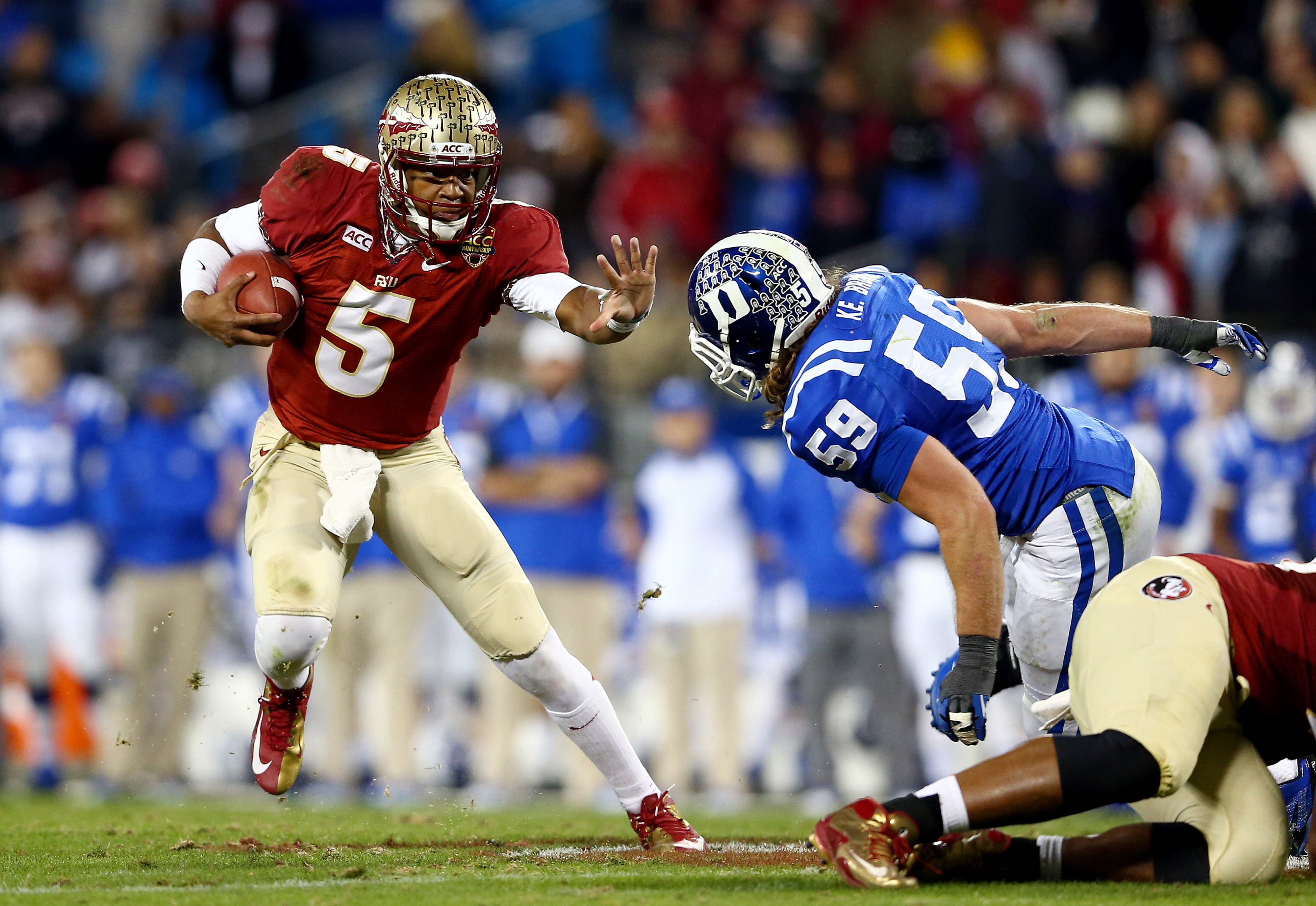 The opponent? An SEC team: Auburn. The same team that famously ducked Florida State at the last minute in 1999 to open the season, cancelling the contract and electing to play Appalachian State instead.

But while all the excitement is focused on the trip for the national title, Florida State fans should savor the ACC ring as well -- the school's 14th in 22 seasons in the league. Don't let the opponent being Duke detract from that. A conference title isn't just about the championship game. It's about all nine games.

As a program, Florida State can reach another gear that others in the conference just cannot shift into.Great programs consistently win conference titles, and under Jimbo Fisher, Florida State has played for three ACC titles and has won four. It will be a big favorite to make those three and and four next season.

Speaking of Jimbo Fisher, he received a contract extension of five years and about $21M. That is consistent with what I was told during the Syracuse week, and it's certainly good that Fisher and FSU got this done now so that it won't be a distraction leading up to the title game. I'm excited to see what incentives are in it, as well as the buyout.

In How much will it cost Florida State to keep Jimbo Fisher?, I said that Jimbo will be one of the 10 highest-paid coaches. He is indeed now in that group, and right near the top of the group without a national title (yet).

So proud to know and be family with this! We love you @Jaboowins pic.twitter.com/9cnohJ0xM8

With nine points tonight, Florida State’s Roberto Aguayo has an ACC-record total of 146 on the season. Previous record: 140 by FSU’s Dustin Hopkins in 2012. Aguayo has scored more points than the Seminoles have allowed (139) and has outscored three FBS teams by himself: Massachusetts (97), Miami of Ohio (117) and Florida International (117).