Florida State runs a mix of three- and four-man fronts, and it's dedicated to being multiple. Eddie Goldman and Mario Edwards, Jr. are both excellent players and definite candidates to turn pro early. There are very few questions about them, and they'll receive their ink over the summer. Both have developed quite well, and have lived up to their five-star recruit billings. But there is a major, major drop off from them to their reserves. They simply must stay healthy. Jimbo Fisher did challenge Eddie Goldman in the press to get in better shape, but I believe this is a challenge for him to go from good to great.

Can FSU have championship depth?

In 2013, FSU had awesome depth at defensive tackle. Five players were in the rotation and the group included four upperclassmen. This year, even in the best-case scenario, it's hard not to see a drop off. Spring will be about avoiding too much of a drop off.

Nile Lawrence-Stample is a fine No. 2 defensive tackle for an elite team. He's not great, but he is powerful and at times can play with good leverage. NLS needs to make sure that he is in good enough shape to play a lot more snaps per game and handle the load of a starter. He also must get better at playing blocks and finding the football. That could come with more experience.

FSU certainly hopes that it does, because the guys behind NLS are serious question marks.

Jimbo Fisher gave a ton of praise to Desmond Hollin, a JUCO recruit who FSU brought in last season, saying that he has made a ton of progress and is up to 288 pounds. Making him a defensive tackle is a conscious effort to create more depth there. Hollin showed some flashes in 2013, but was not an impact player. 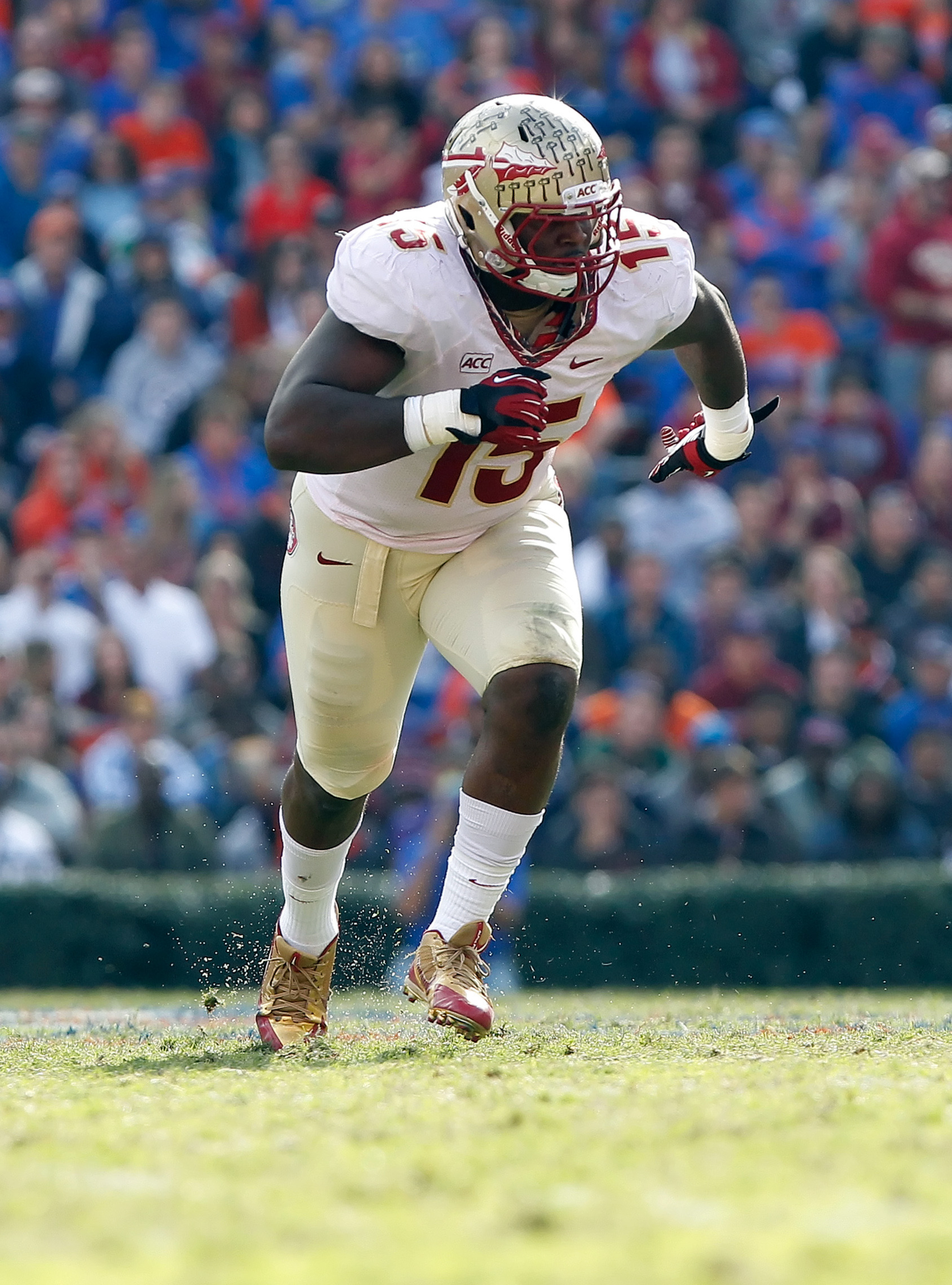 My sources are not hopeful that Derrick Mitchell can play at a high level after suffering from numerous back issues, but Fisher did give him some praise after the off-season conditioning program.

Keith Bryant has a lot of ability, but must mature as a player. There is hope that he can become FSU's No. 3 defensive tackle if he gets in good shape, focuses, and matures in his work habits.

Justin Shanks had shoulder surgery in January and I am not certain of his availability for spring practice. Shanks has the size, but when he comes back from his surgery, will he show the mean streak, conditioning and the hunger to be an FSU-caliber player? FSU lists him at 306 pounds, but I believe him to be heavier than that.

Ideally, FSU comes out of spring feeling confident about two of Hollin/Bryant/Mitchell/Shanks. If that happens, true freshmen like Derrick Nnadi and Demacus Christmas can work their way into the rotation at a reasonable pace.

It's important for FSU to develop that depth. Edwards Jr. can play the five-technique in a 3-4 alignment quite well, thus lessening the need for defensive tackles, but he is more valuable as a defensive end who can dominate the edge.

If FSU doesn't develop the depth at defensive tackle, it will be pressed into playing more 3-4 looks, with players like Edwards Jr., and Demarcus Walker playing the five-technique spots, with linebackers and Chris Casher standing up some on the edges as outside linebackers.

Will Walker play more of a stand-up role, or more with his hand in the dirt? How will this change when FSU goes to its 3-3-5/4-2-5 alignment? He did some of both in 2013, and I'll be interested to see how he is used going forward. I suspect he'll be playing more of the three-point stance, because if he doesn't, I'm not sure who will back up Edwards Jr.

Chris Casher seems like the truest 4-3 type defensive end on the team, and I suspect he'll be asked to play some with his hand in the dirt and from a two-point stance. Casher has some of the greatest natural pass-rushing talent on the team, but he needs to refine his technique and develop more moves. He also must become stouter against the run.