Ariya is gone for an early weekend, so you're stuck with me. FSU has a two-a-day practice today, so we'll have a practice report today after yesterday's day off.

-David Hale thinks the chance that one conference gets two teams in the playoff and other conferences get left out is higher than I do.

-More FSU prop bets were released from Bovada. I wouldn't bet on FSU for very many at all.

-Travis Haney has a very interesting look at possible scenarios for the college football playoff. FSU makes it in all three, but I really like what he did here (ESPN $).

-Andy Staples previews the Seminoles. I'm quoting a large portion of this, so do the right thing and click on over to read the whole piece. The quoted part: notes from other coaches.

Their defense is really talented. To play there, you've got to compete because of the depth they have. You turn on the NFL draft in the past couple of years, their players just keep getting picked. It's talent after talent after talent. That's tough to overcome -- but not impossible. It's a very fast, physical defense. Up front, it's a combination of speed and power. There are no weak spots. Normally you can find somebody that has something you can lean on. It's hard to find that against them.

On offense, they're very explosive. They're talented in all the skill positions, and they're athletic up front. You can't double any of their receivers because they are all really good. You have to be prepared to stop everyone. It's tough to cover them because you can't get to their quarterback. When I watched film on them last year, everybody played them soft to buy themselves time to get to Jameis Winston, who is so accurate. As you saw in the national championship game, they can take a slant route 50-something yards to set themselves up to win the game. That's why they're the national champs.

-Miami lost starting safety Rayshawn Jenkins for the year. That secondary still has some good players, but it's obviously a loss. The most important part of camp is avoiding injuries.

-Interesting look here from Grantland on the development of offensive linemen in private camps with Lecharles Bentley.

-Holly Anderson joins Dan and Ty on The Solid Verbal to talk SEC.

Florida could get off to a fast start this season. The Gators' 1st 3 opponents were a combined 5-31 last season. #SECNetworkLaunch

-Interesting Sports Illustrated piece on the nickel defense taking over the NFL. 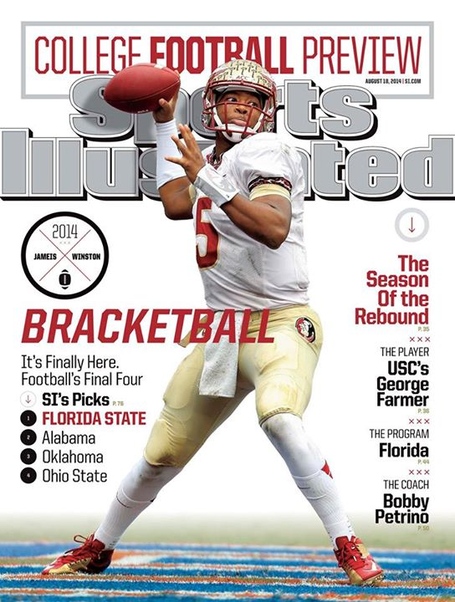