Fans want an early guess at next year's depth chart, so we gave it to them.

With the season over, it's a good time to look at potential depth charts for Florida State's upcoming season. These will not be very accurate this far out, given that it's only January.

As I see it right now, about half of FSU's 12 starting positions (QB/RB/FB/WR/WR/WR/TE/T/T/G/G/C) are locked down, and the other six spots are going to be contested by about 10-12 players.

I believe the redshirt statuses to be correct, but there's always a chance one or two are off and we'll know officially when the school releases its new roster.

From reading the comment section and social media, it seems that folks are ready to write off Sean Maguire in the QB race. That would be a big mistake. I'm not saying that Maguire will win the job, but assuming that he'll automatically lose it to a redshirt- or true freshman is foolhardy. Maguire played poorly in the Houston loss, but he was also injured and the coaching staff is smart enough not to act like reactionary fans, and instead evaluate every snap he took this year. Deondre Francois or Malik Henry will have to earn it.

With FSU likely bringing in a receiver recruit or two, it seems like that someone will be transferring after spring. As long as Dalvin Cook is in Tallahassee, FSU will be a running team, and there just aren't enough footballs to go around in 2016. 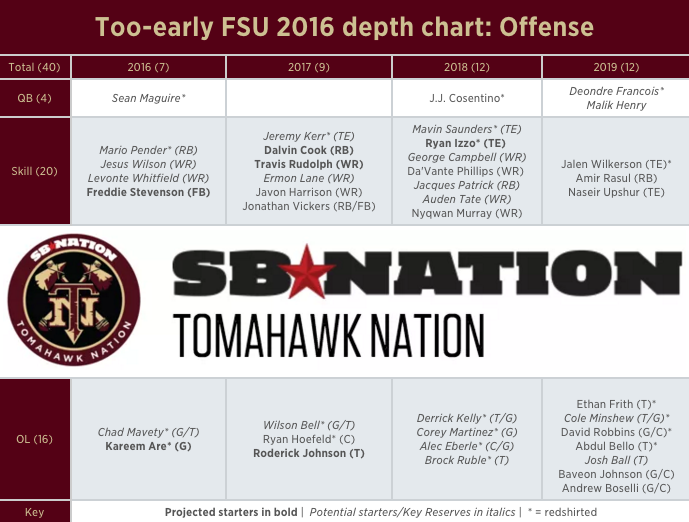