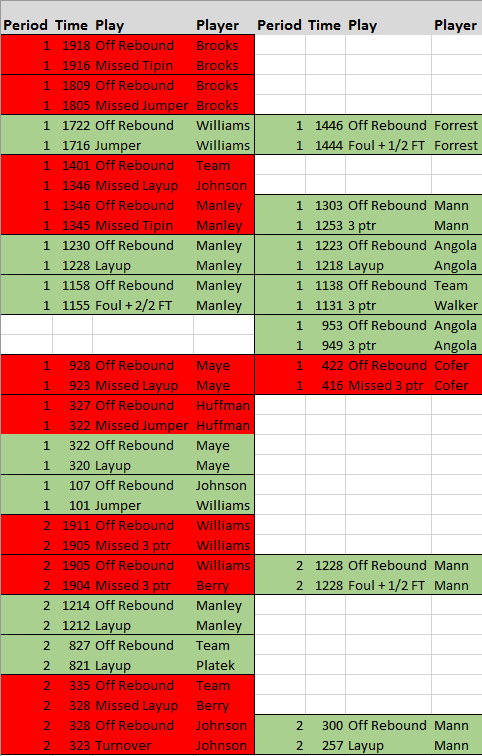 Hello all, I wanted to go a little more in depth on a topic that most FSU basketball fans have noticed is a problem for our team: allowing too many offensive boards. It is usually expected that no Leonard Hamilton team will ever be close to elite at defensive rebounding from a statistical perspective, primarily due to our defensive scheme and the way we funnel ball handlers to our shot blockers to clean up.

This results in many missed shots, yes, but our de facto best rebounder on the court winds up typically facing in the opposite direction of the rim and on the floor by the time the shot bounces off the rim. In addition, even if the guard who funneled the ball handler decides he's got the muster to attempt to box out our shot blocker's man, there's a good chance you will see a dunk anyway if our bigs get washed out of the play.

That's my anecdotal assessment from having watched the team live and while not a complete explanation, it should give you an inkling of why we allow more offensive rebounds in general, like in the table below.

Let's just get right into the details.

It looks like UNC had 17 offensive boards, but produced only 14 points with it, in part due to making 40% of their second chance shots at the rim and getting no help from the referees in getting to the line.

FSU managed to score an ultra-efficient 15 points on 8 offensive boards (with the help of 3 second chance 3's, eFG = 108.3%). They're clearly trying to break the scale with that level of efficiency, impressive work on making those extra opportunities count. Especially once you consider how many unforced turnovers there were for FSU throughout the game.

On second chance opportunities, UNC was actually less efficient in getting points out of offensive rebounds than on their first opportunities .706 points per possession on 38% shooting vs. 1.179 on 41% shooting for first shots. As a point of reference, Duke had 25 points off 23 boards on 61% shooting.

I don't have any good reason to believe that UNC's poor shooting off offensive rebounds is anything other than "luck" falling in FSU's favor but a possible optimistic view could be that an increased emphasis on at least battling for the boards put guys in good positions to defend the second (usually rushed) shot attempt in this game.

I would not describe it as a false narrative to say that offensive rebounds are going to continue to be a problem going forward but the offensive rebounding for the UNC game was less a problem that would bury us and more a simple source of stylistic consternation. A win over UNC is never an easy feat but things do not get any easier when we travel to #15 Miami on Sunday. (6:00 PM, ESPNU)

For reference from the Duke game... I see something interesting to talk about next time to see if there's a trend here. 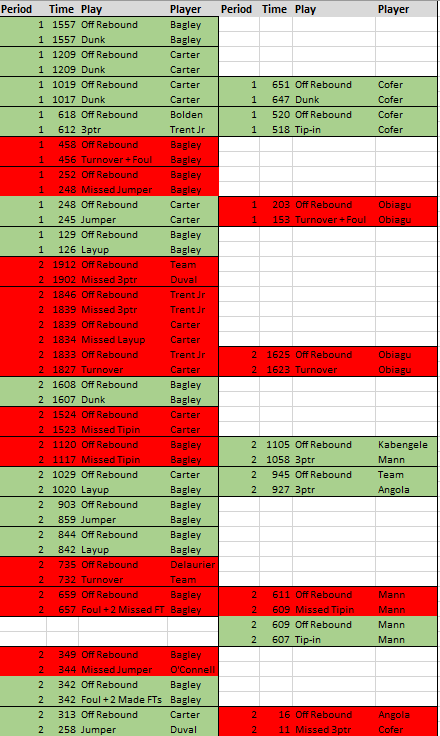