I've been busy attempting to improve the output for this report and figuring out some database things, but the Noles have been going to work on the road. FSU allowed at least 1.00 PPP to both teams on the road.

The rim protection of Christ Koumadje forced them to settle for midrange jumpers which to their credit they hit at a good enough rate to seal the win. Between the back breaking second chance points and the officials calling the game as they were, the balls bounced their way at home. If guys like Braian Angola and CJ Walker aren't getting their 3's to drop, the top end efficiency of the offense can tail off like that even with doubling up on Wake Forest in attempts at the rim.

With that, let me give you the updated format of the box score. I really did not succeed in making this report any more concise, but the detail here is nice to have. It is quite a large block, but I think very informative once you get past the initial hurdle of understanding what you're looking at.

Possessions are being filtered for for the following categories:

TOs - Possessions beginning with a turnover

Transition - Any possession with a shot or a turnover in the first 10 seconds of the possession. 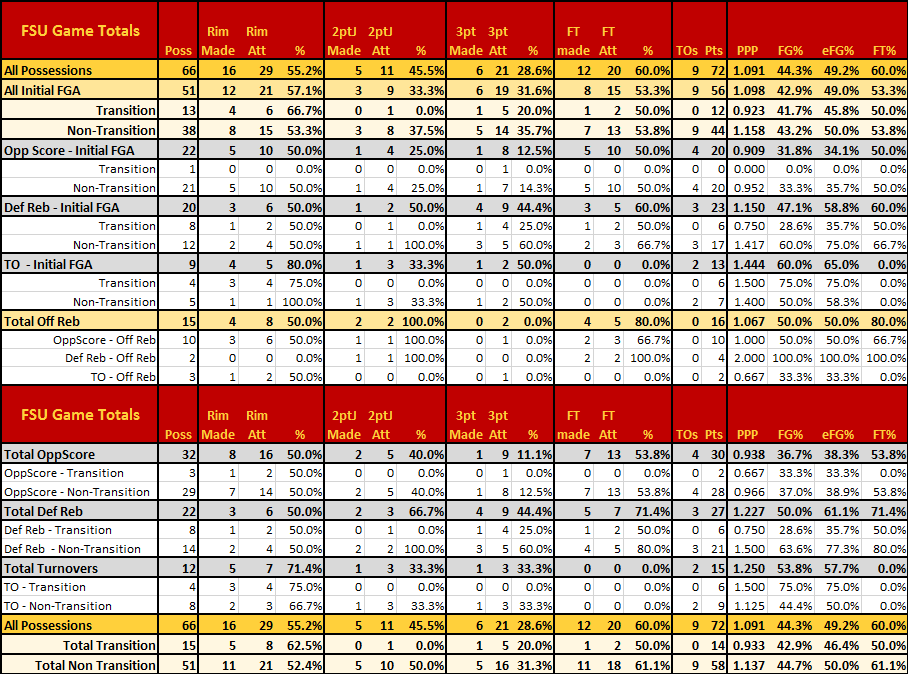 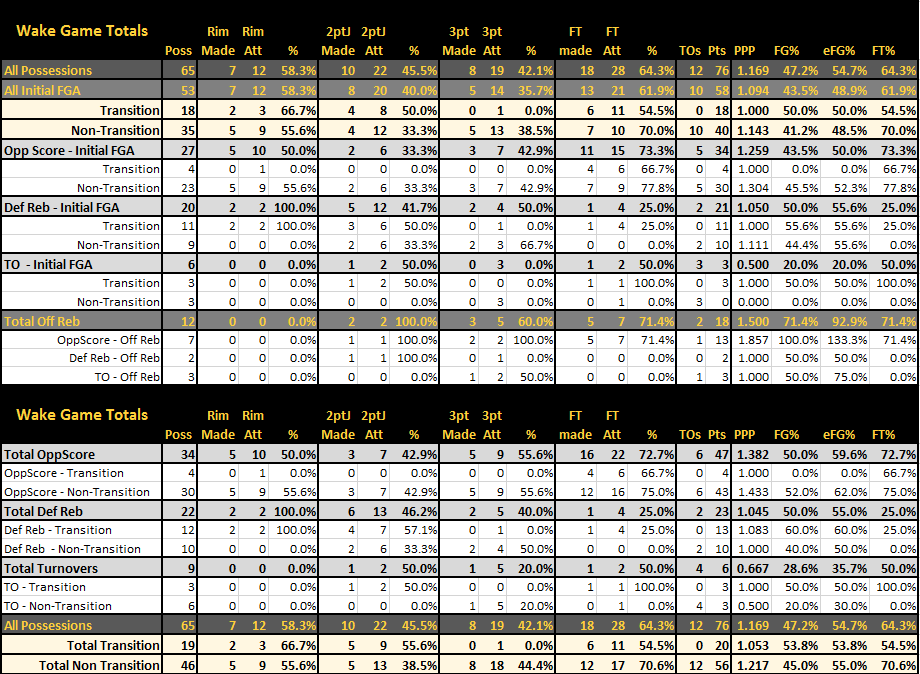 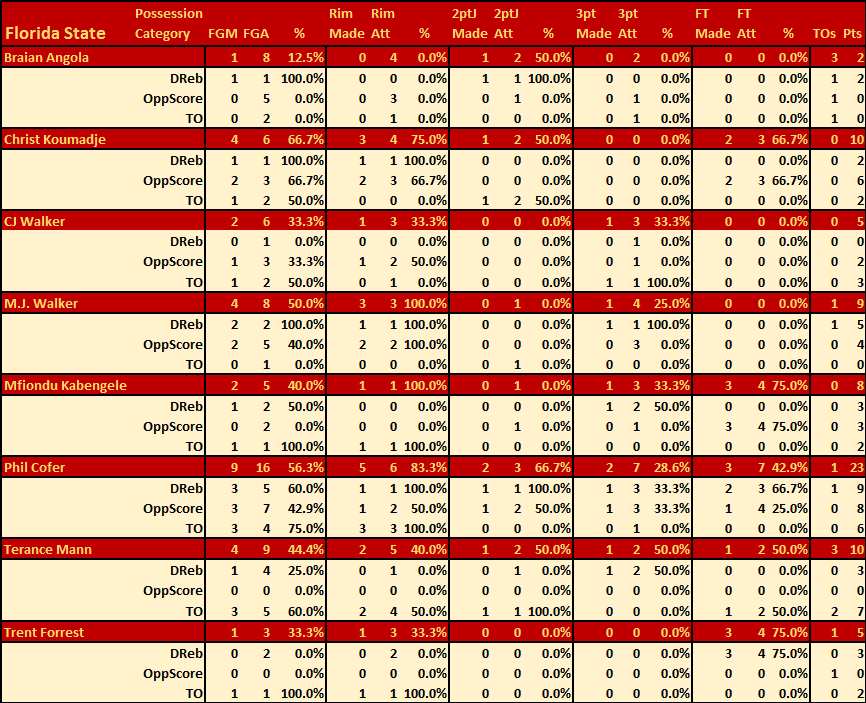 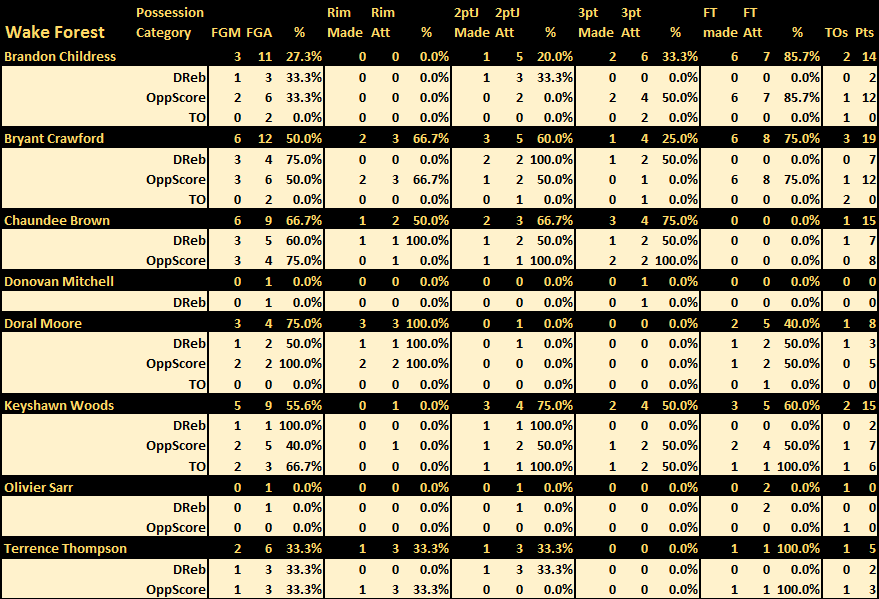 By previous year's metrics, I would have been very interested in our initial FG% defense, a stat where Leonard Hamilton's famed defenses were often among the nation's leaders. FSU allowed them to shoot 43.5% on initial FG's which is a pretty good mark, but then you turn around and let them hit 71% of their shots on offensive rebounds for 18 points. They had 4 players with 5 or more shots at the foul line, where Bryant Crawford and Brandon Childress earned 6 points a piece. This game was about allowing a lot of small things to snowball into breakdowns and a lack of execution at times turning a gettable win into a regrettable loss. It happens, there's plenty of opportunities to rack up good wins in the ACC and they already got one on Saturday.

There were a number of reasons that FSU was able to get out of the state of Kentucky with a win, but probably foremost amongst them was the Noles ability to force turnovers and forcing Louisville's stars into inefficient nights. Deng Adel needed 17 shots for 19 points and 5* V.J. King needed 9 shots for 10 points (to go with 3 turnovers.) The FSU defense forced Louisville into shooting 36% on their first attempts (albeit 42% on 19 initial FGA 3's), while only letting them get 7 offensive rebounds: 0 in the first half, 7 in the second for 14 (!!) second chance points. 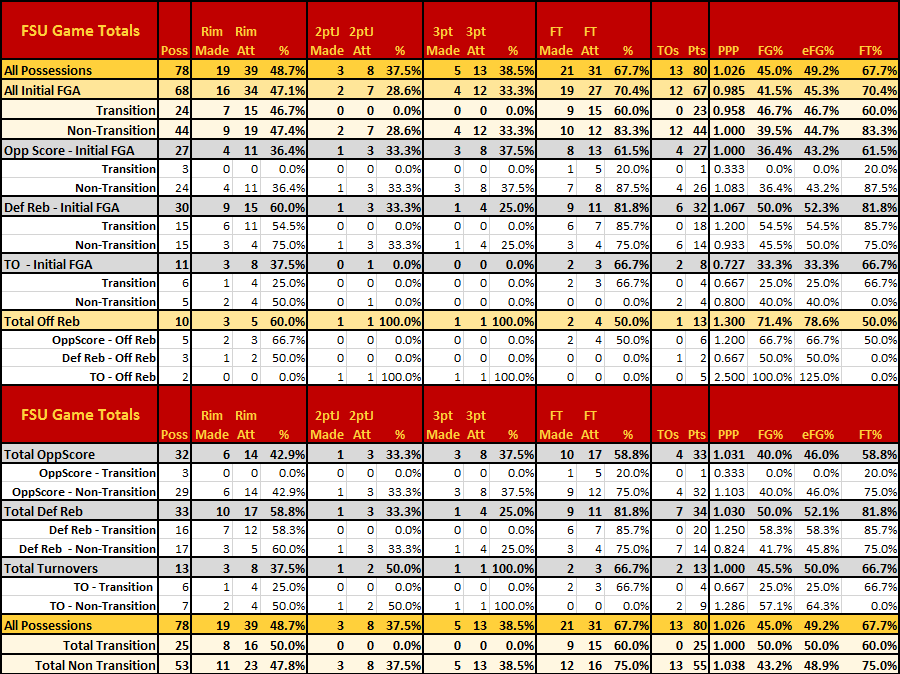 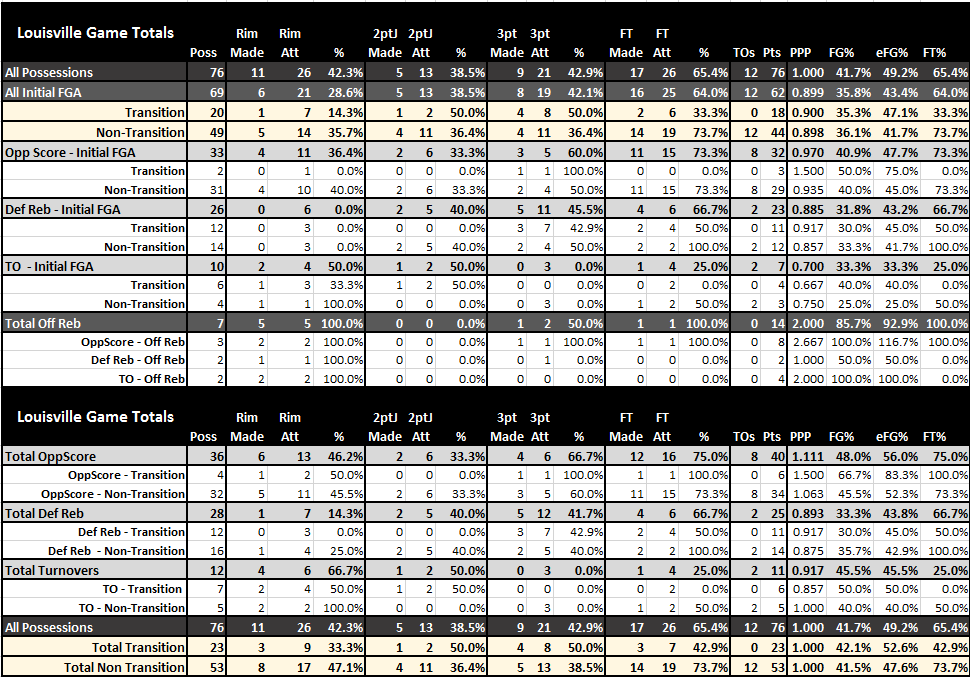 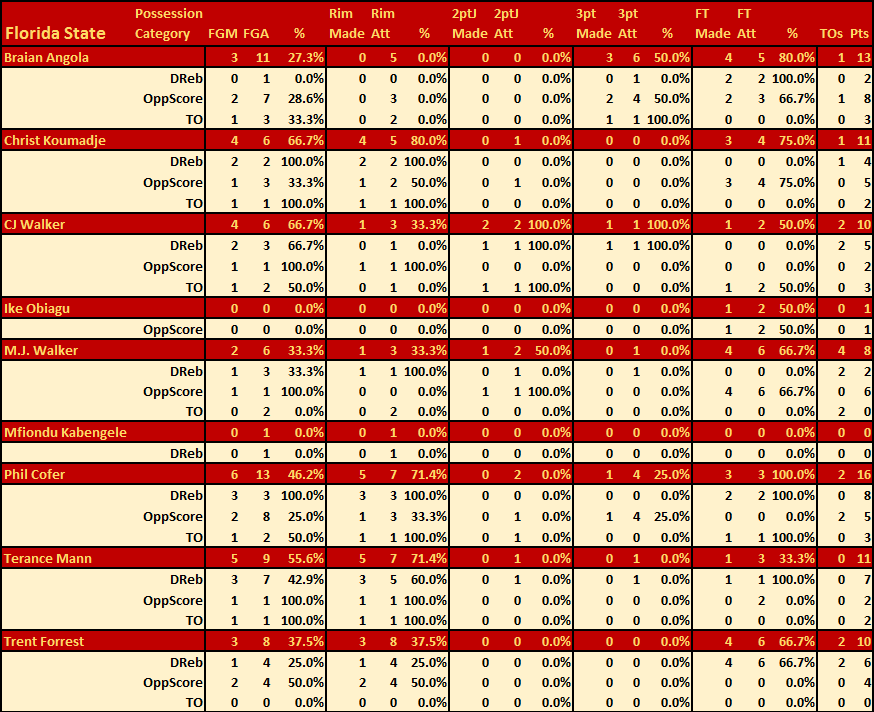 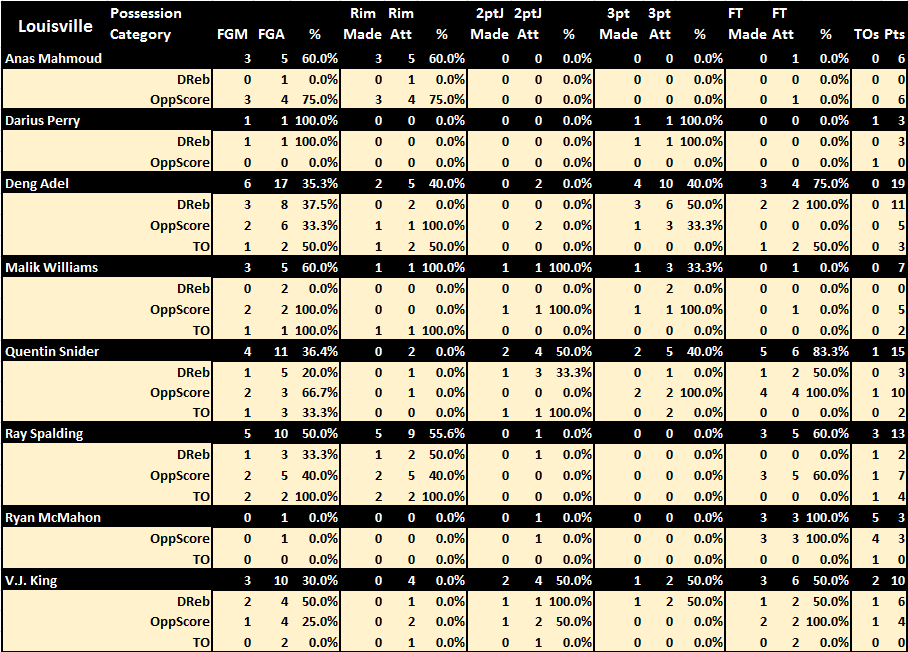 Ryan McMahon got bullied into 5 turnovers and 4 personal fouls in 18 minutes of game play. I... have so many jokes. Nonetheless, Ryan, Nole fans everywhere thank you for your contribution to the cause. Louisville kept themselves in the game with good shooting beyond the arc in transition (four 3's) and 23 total transition points, but FSU scored 20 points in transition after defensive rebounds alone on 16 such possessions. FSU had 39 shots at the rim to Louisville's 26, paired with an average 3pt shooting night was enough for this team to get the win. You take it, put it in your cap and keep it moving for Virginia.

I'm assuming you're a die hard if you made it this far. I salute you and thank you for your support. Please let me know if you've got any questions, comments or just want to know any further detail. I could go on for a few thousand words about what I've noticed, but there's plenty for you to chew on without my extended commentary and I have plenty to keep me busy. Enjoy!