Let's take a look at the season numbers for Florida State and follow up by taking a quick look at Missouri. The time interval tables treat offensive rebounds as new possessions for the purposes of calculation. All others use conventional possessions. 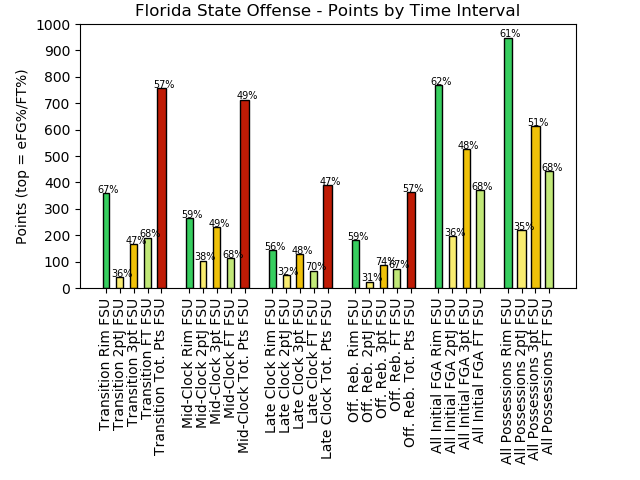 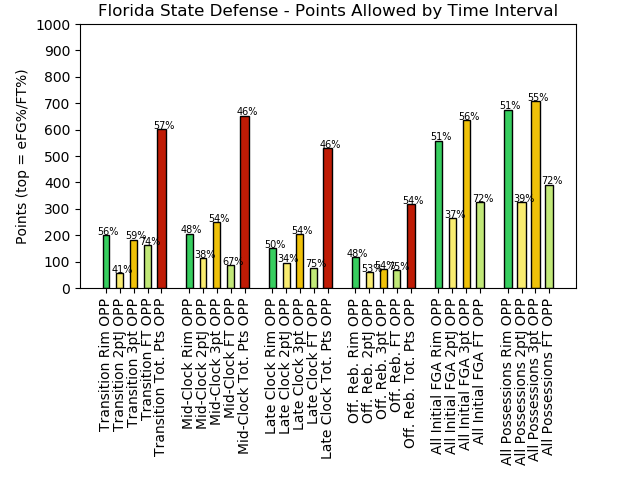 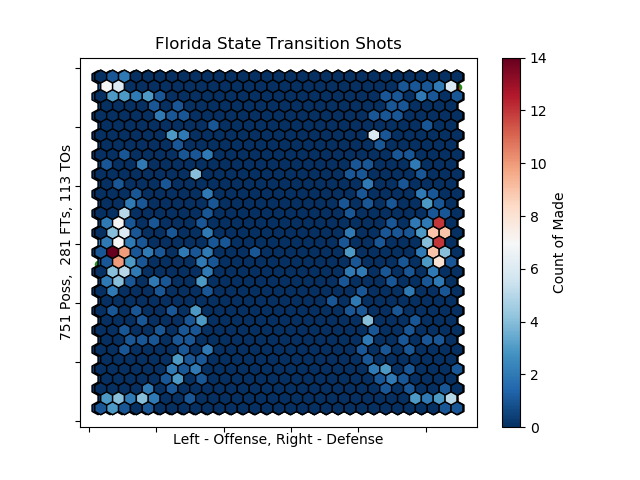 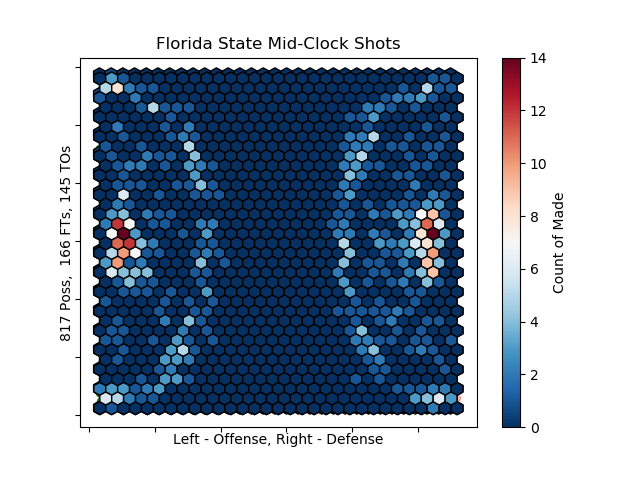 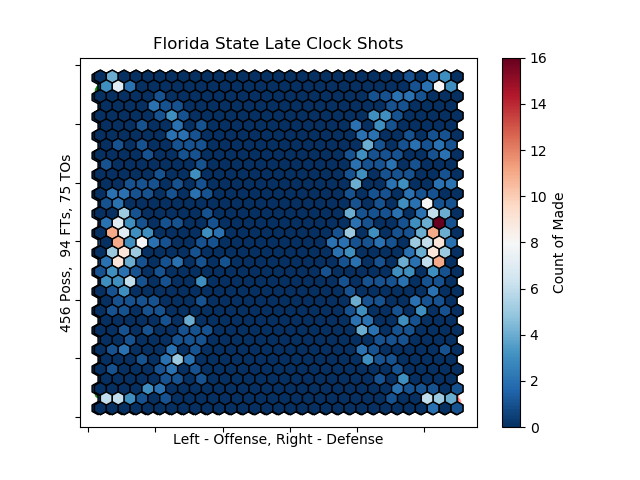 There's probably some intelligent comments to be made about how 3 point shooting is considered random, but that's less than ideal any way you slice it. 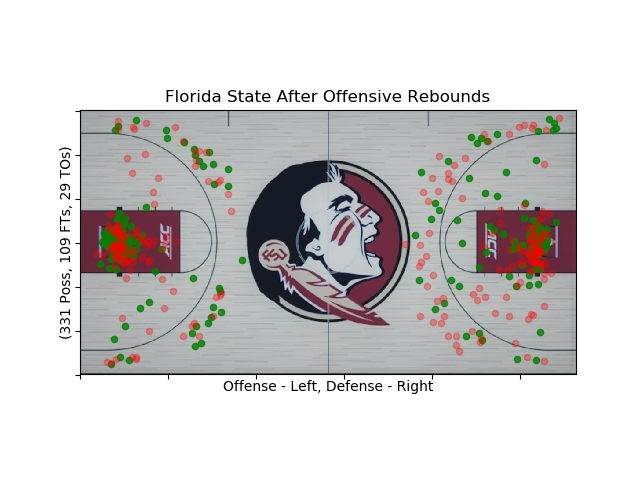 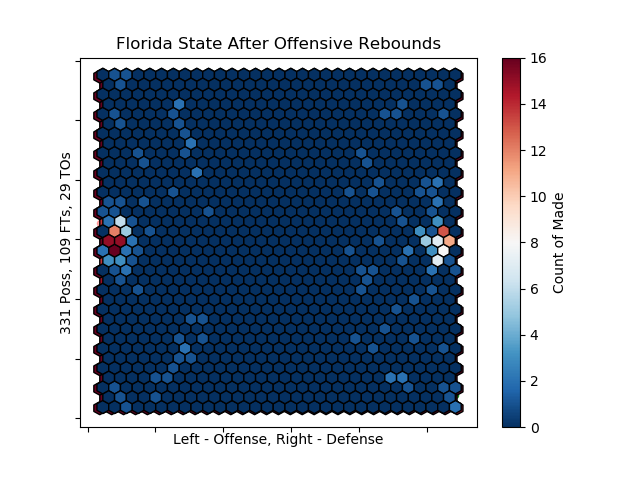 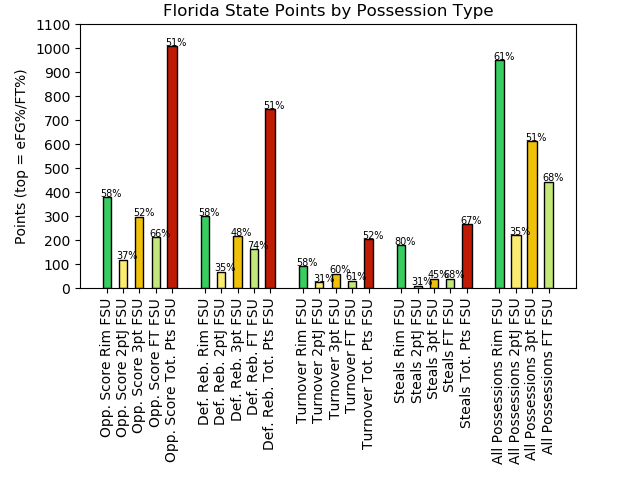 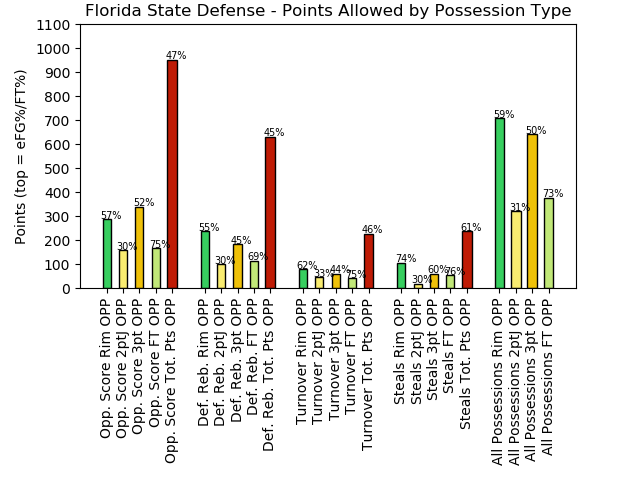 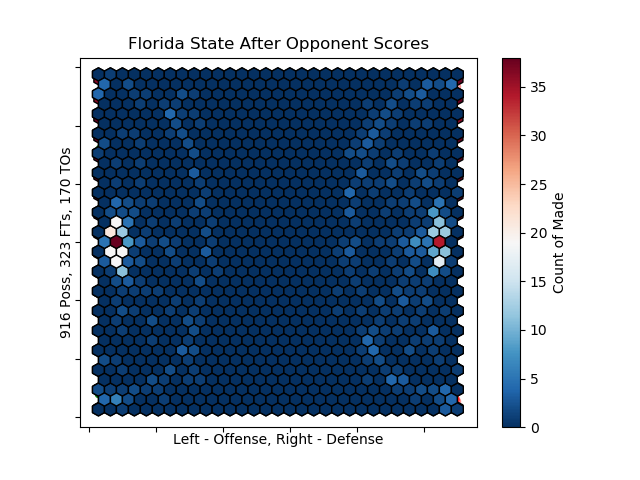 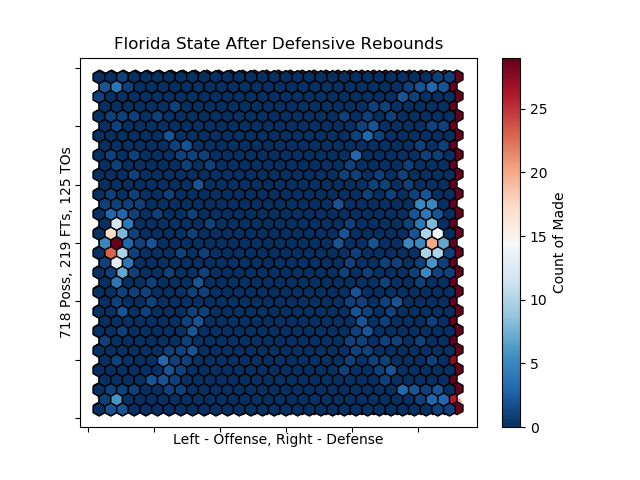 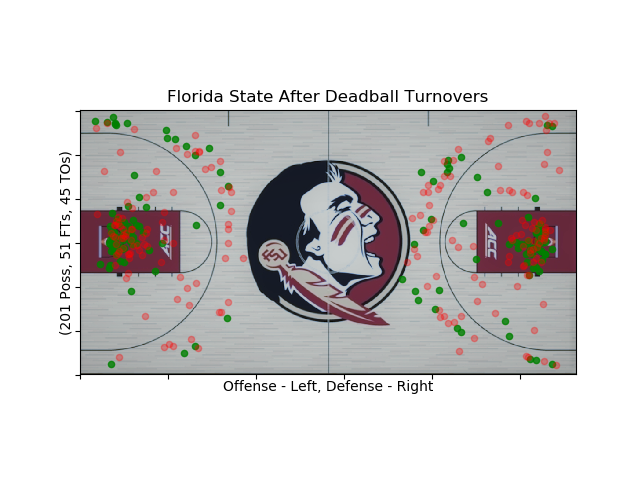 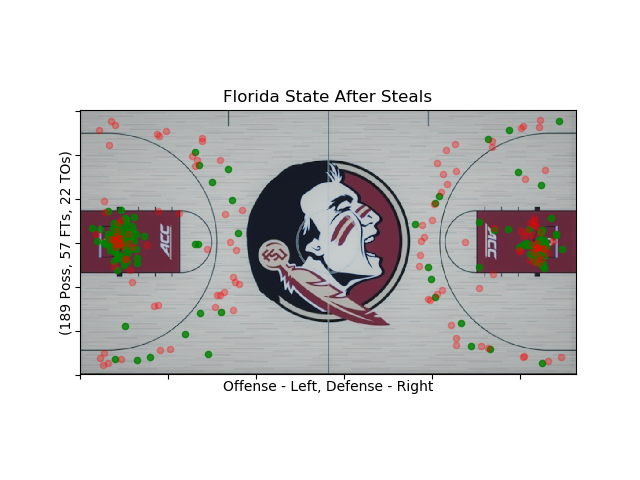 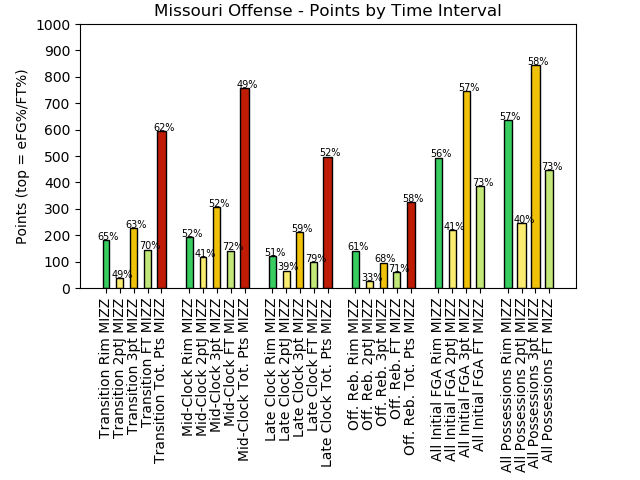 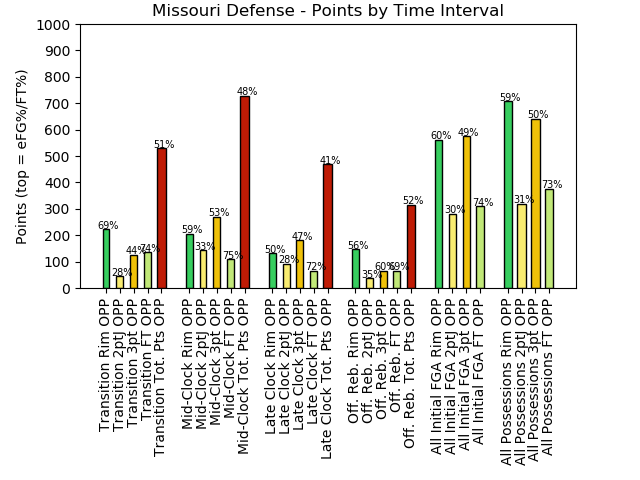 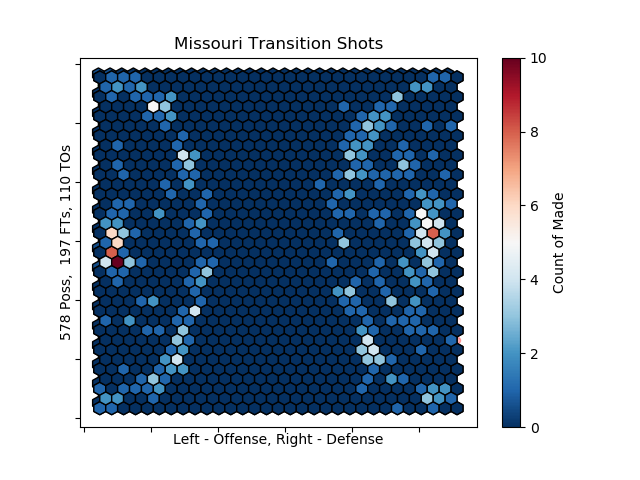 Even carrying a 19% TO rate, this Missouri team managed 1.026 points per possession on their initial transition field goal attempts (1.073 PPP including offensive rebounds)

Somehow managed to contest 3 pointers in transition (that's possible? is it allowed? Just checked the rule book, there's nothing in here against it) and their opponents only shot 29.8% from the 3.

Missouri did allow 69% shooting at the rim, huge opportunity to play this mismatch with the team speed and interchangeable players that can finish in transition for FSU. 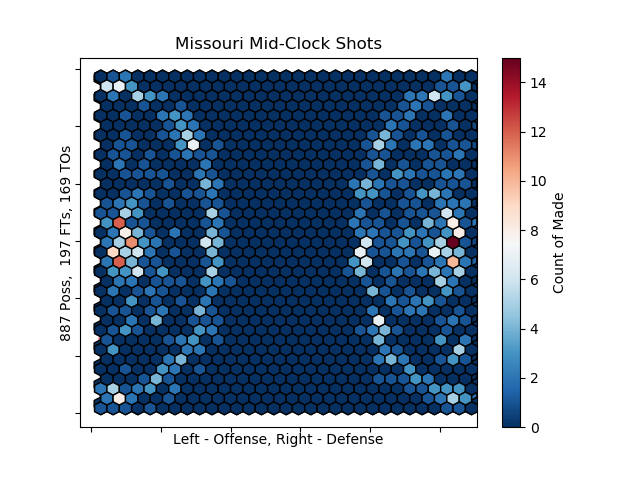 This is when teams were able to get shots to fall from the perimeter. Initial defense is good, but ask them to rotate and they will leave you open (53% eFG%) 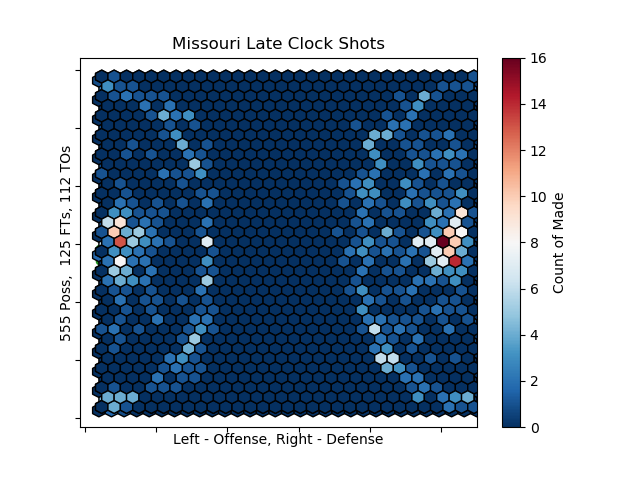 Missouri seems to like taking a lot of long 3's to stretch the defense out. If you're not careful, you can be fooled by these shot charts. They're not perfect. 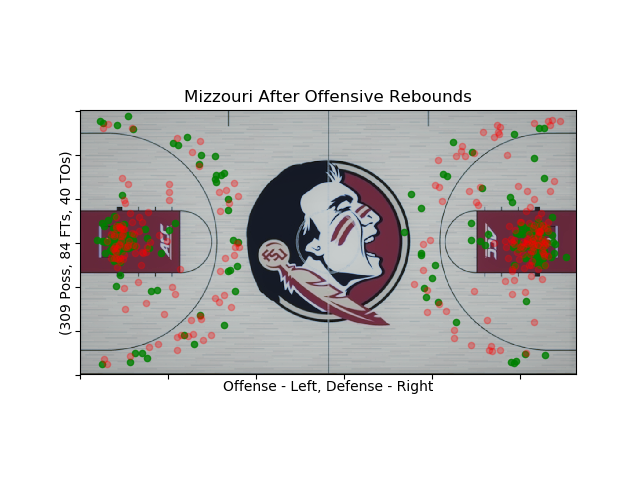 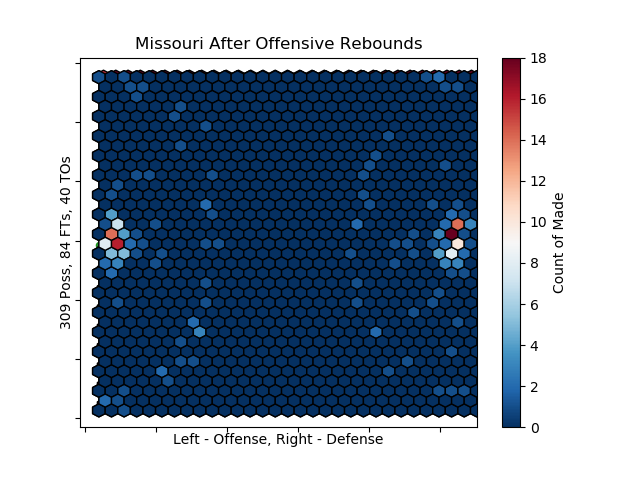 This team really loves going after it on missed 3's. That's a critical note. 50.3% of their offensive rebounds come on 3 point attempts.

After getting the offensive rebound, 31% of all attempts come on 3 point attempts (68% eFG%, Back breaking plays) 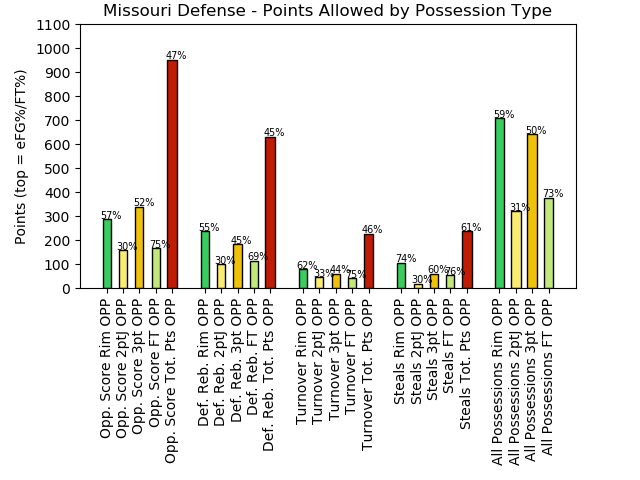 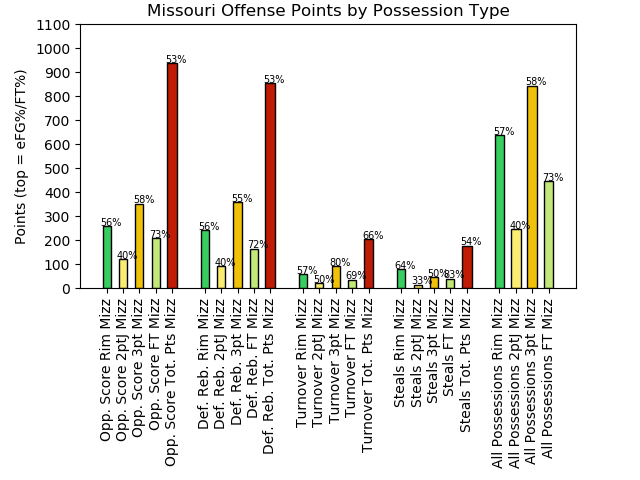 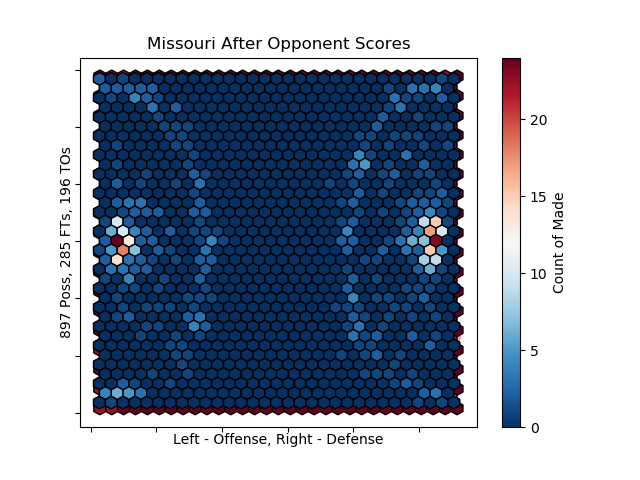 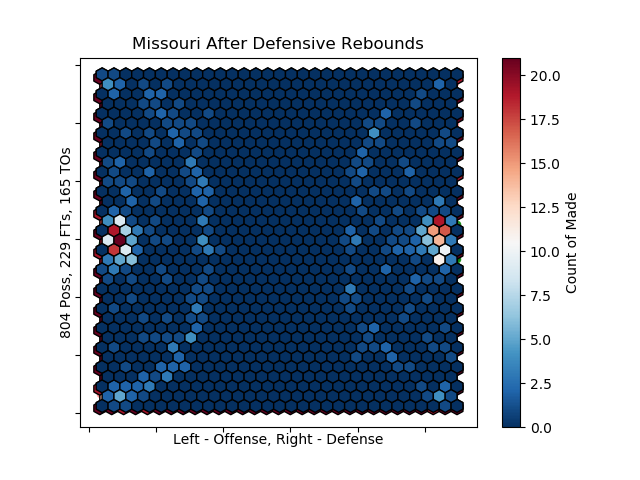 This is a dangerous shooting chart for Florida State. The left corner is hot. FSU's taller wings and mobile bigs are going to be asked to really move. 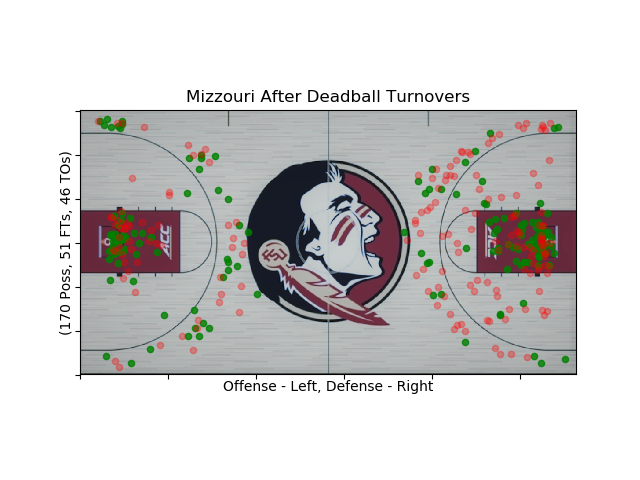 80.4% eFG% on 3 pointers after dead ball turnovers though. Yes there are dots that are touching the logo. Yes, I know it's the wrong team logo. 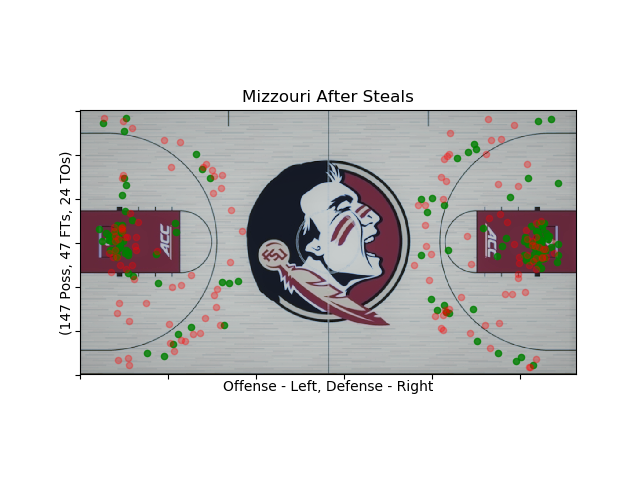 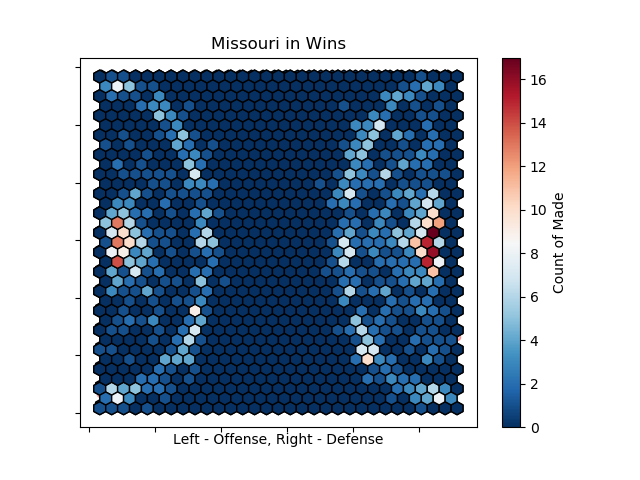 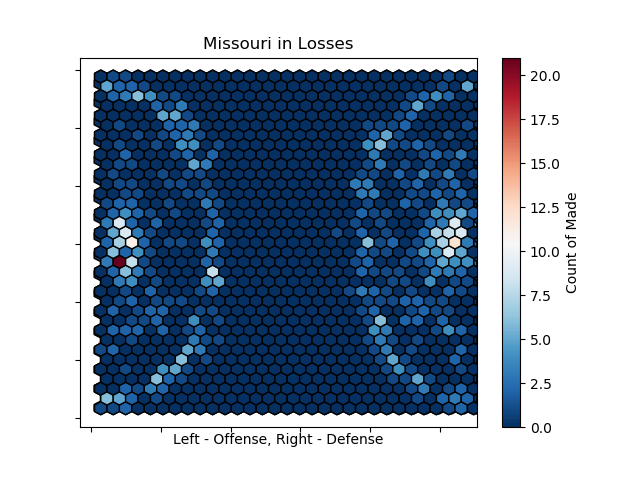 3's don't fall. Or maybe shots at the rim don't fall, so then 3's don't fall because there's no pressure to collapse.Perhaps can be explored further once I look at some more books on rorschach testing.