Just for reference in case you were wondering.

^^feather weight but like 680 or so games. Also Note that offensive rebounds are included in these numbers, so they are conventional possessions. I will separate their impact when talking exclusively about their impact after the late clock analysis. 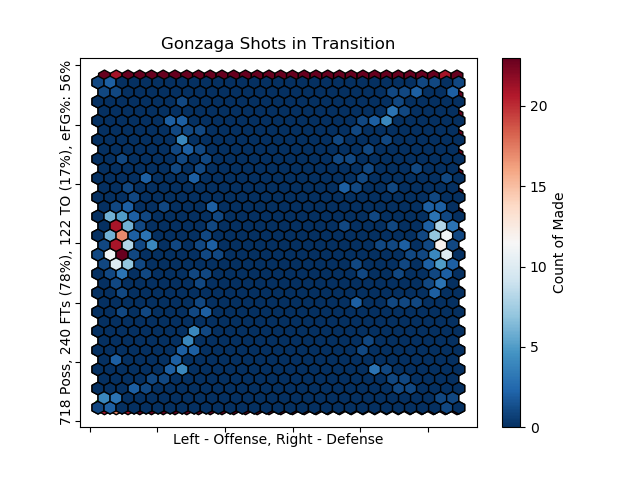 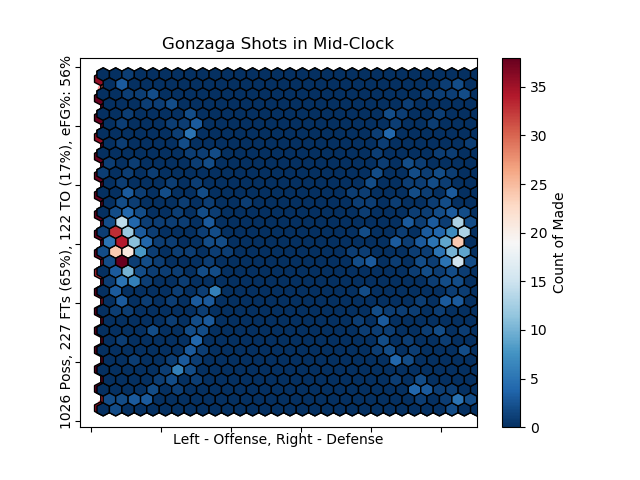 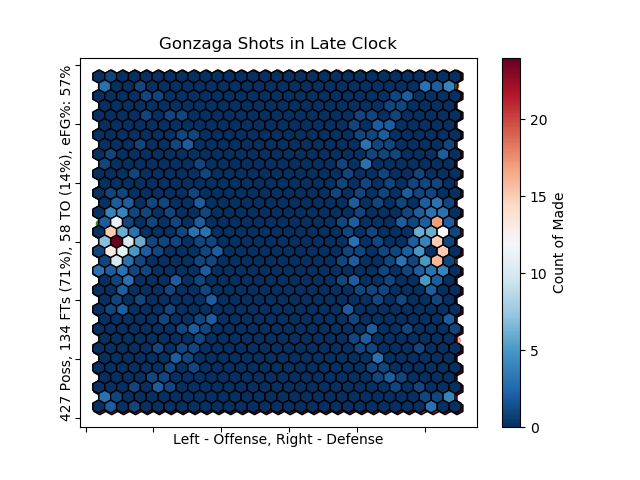 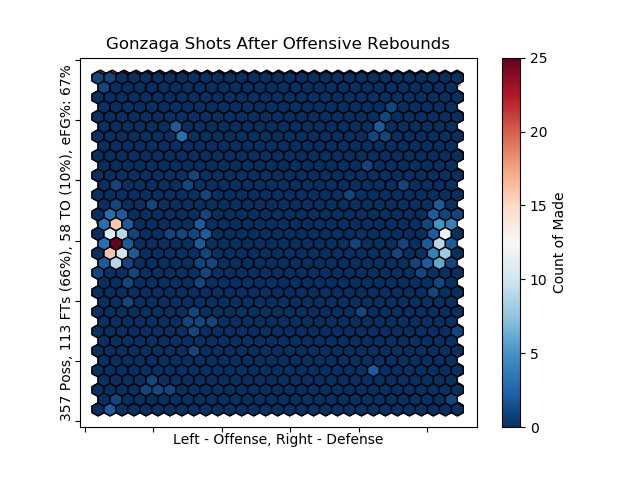 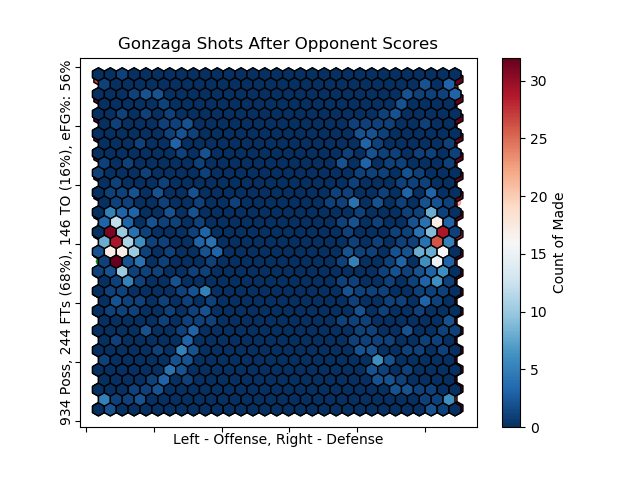 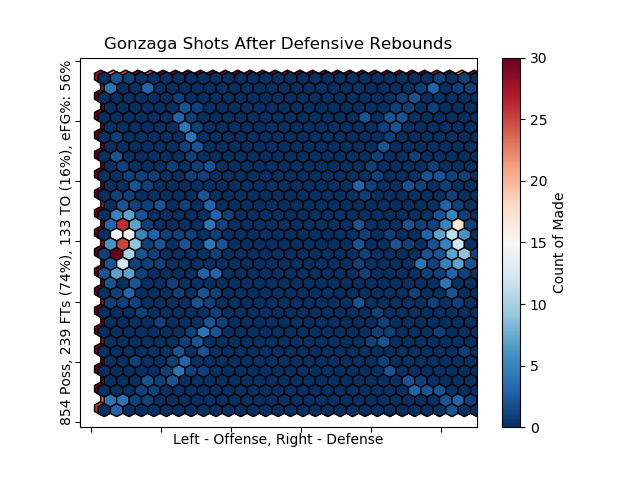 I skipped the steals and turnovers categories because their shot charts are only mildly more useful than the tables. 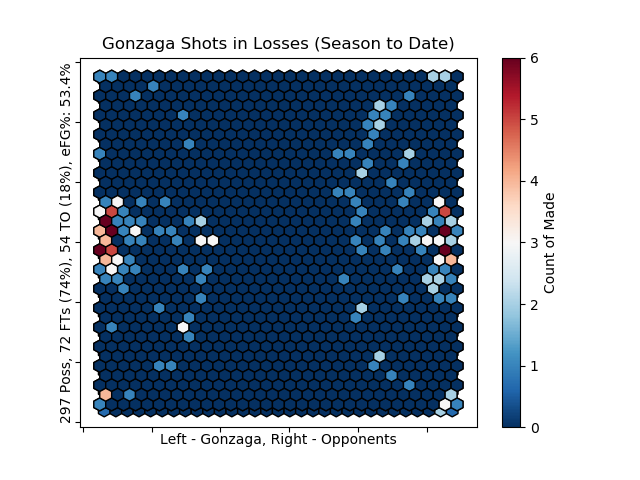 Not super high level analysis, the analytics generally favor the Zags, but the resume does not have the wins you would expect from a 4 seed. I did a quick analysis for how long possessions were within a ten point margin for FSU and Gonzaga.

Across the database of primarily power 5 teams and other teams in the tournament , 67% of all possessions fit that description.

So if you're looking for a sound byte that's technically true but also means very little...

"Gonzaga blew out the teams they were supposed to blow out. They can only only play their schedule bro"

FSU was in games way longer than they ought to be or they were not in dominant footing in games for long stretches. "This FSU team just doesn't have what it takes to put teams away early"

Gonzaga has been in fewer tough games for long stretches, FSU's gonna wear them out "FSU has such good depth, the boys are gonna run them out the gym in the second half"

"C'MON THEY LOST TO A BASEBALL SCHOOL"

Turn them over and block some of those shots at the rim. Sprinkle in some efficient shooting and offer some adversity. See what happens. I get the same as Ken Pom from the numbers (-6), but damn the numbers. 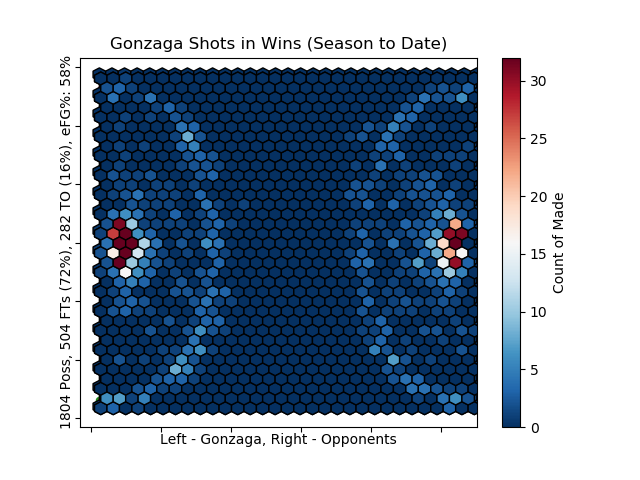 Oh, don't worry about this chart. 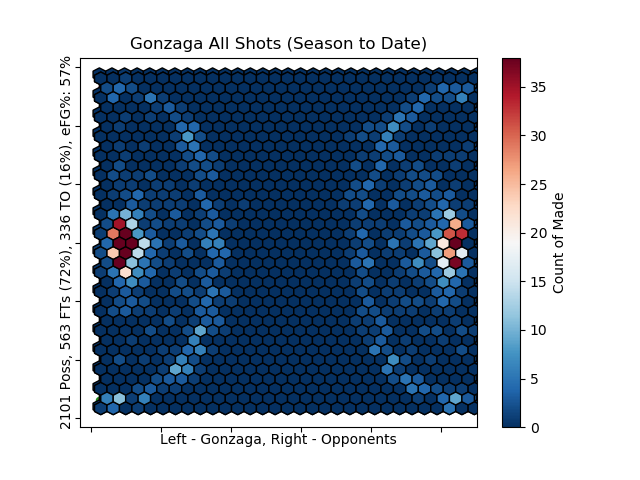