I don't have the time to review the Gonzaga game, but it was a nice win that will pay greater dividends down the line past this year. It also shows that if a team's games are less than "competitive" your stats are less than useful without serious adjustments. Let's look at the Michigan and Florida State Elite 8 matchup.

I switched back to separating offensive rebounds as their own category of possessions, it was making the late clock offense look ridiculously efficient by points per possession metrics, which just generally does not seem to be true without offensive rebounds.

For the purposes of this exercise, it's a simple basis preference and if anyone wants it, just ask. 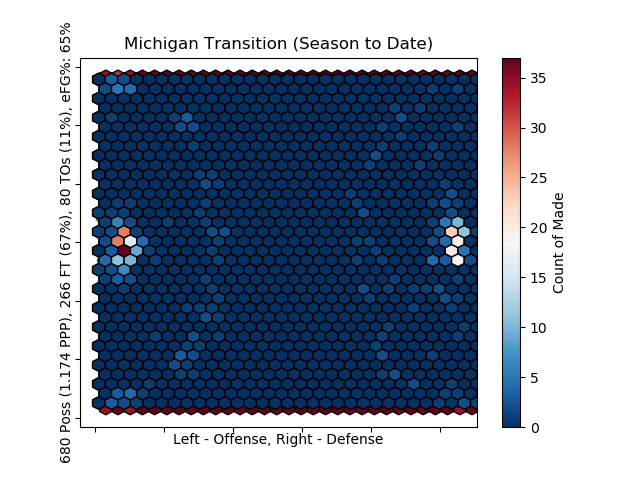 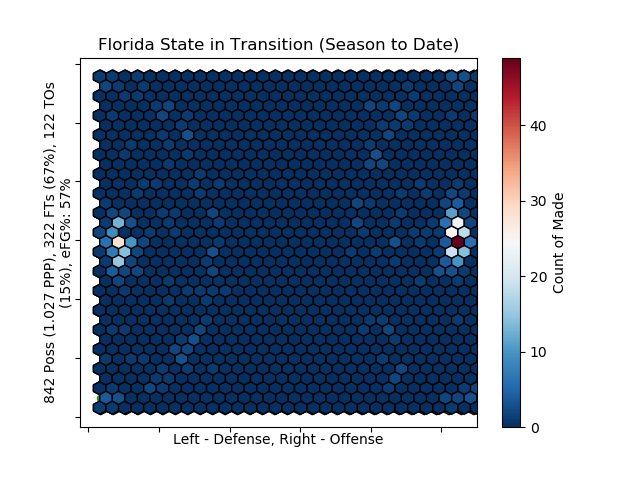 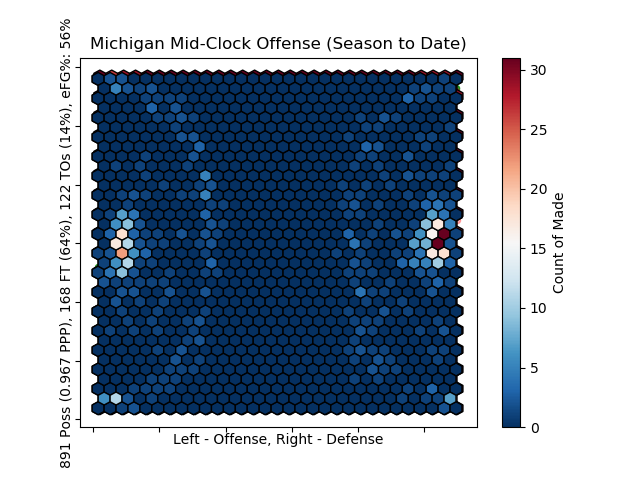 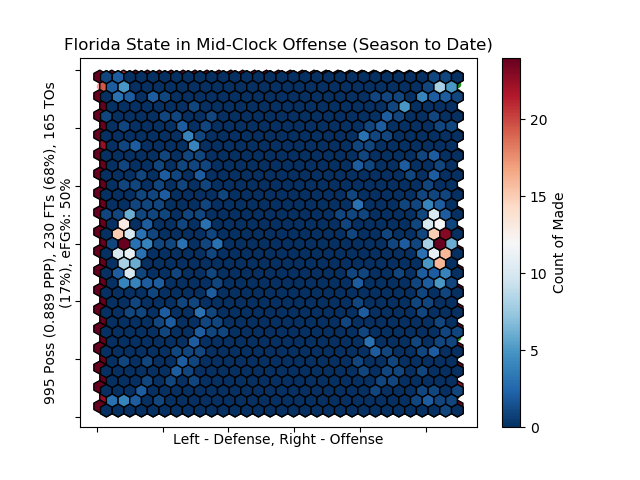 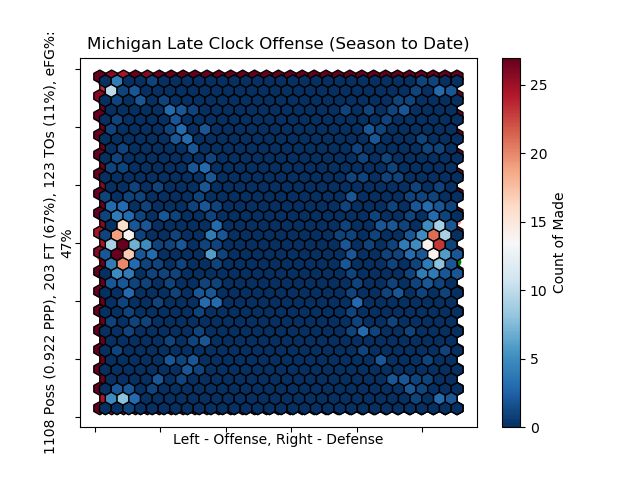 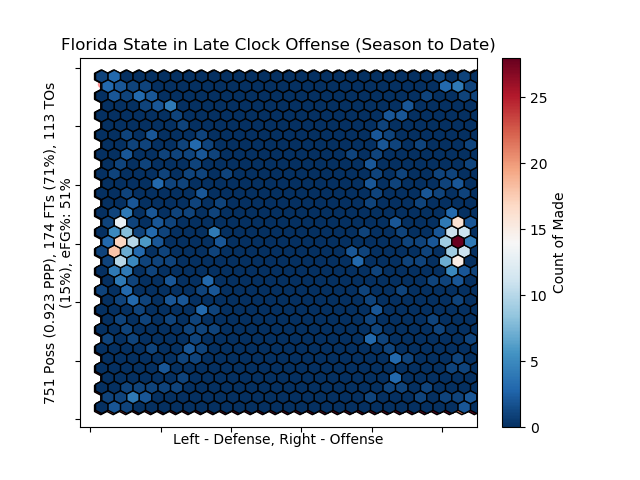 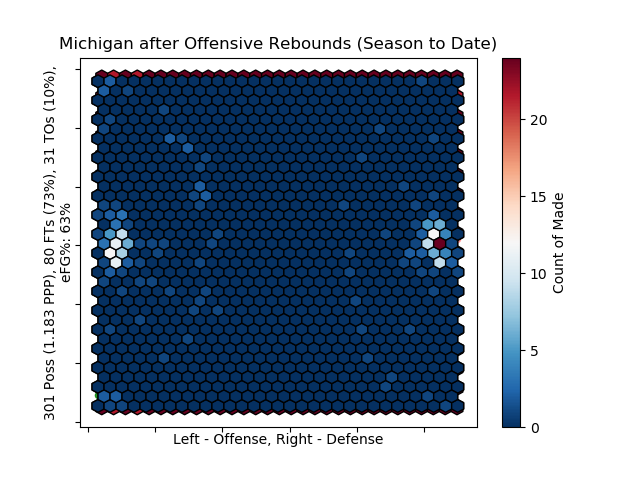 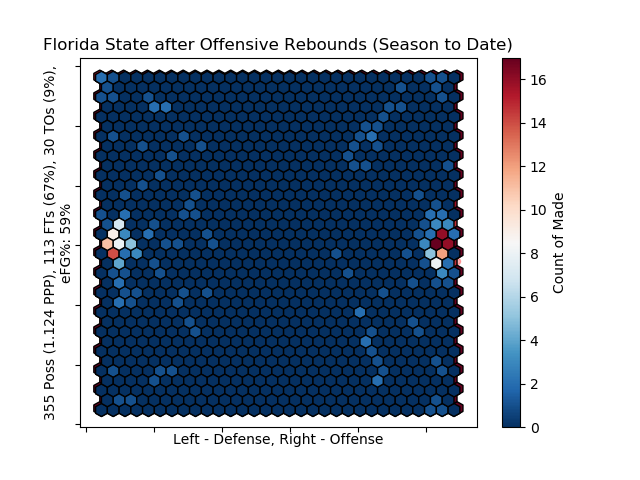 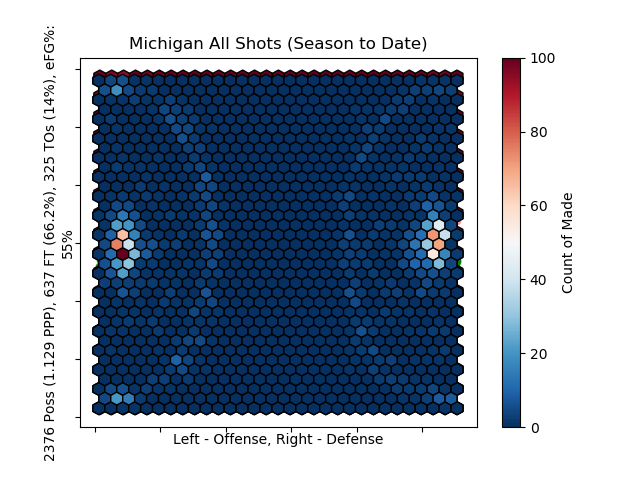 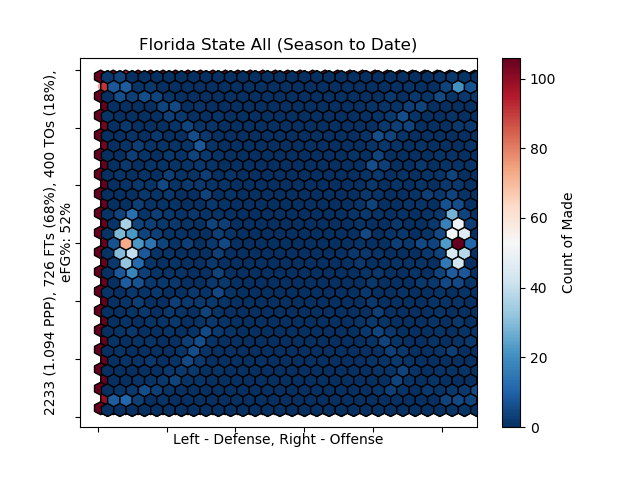 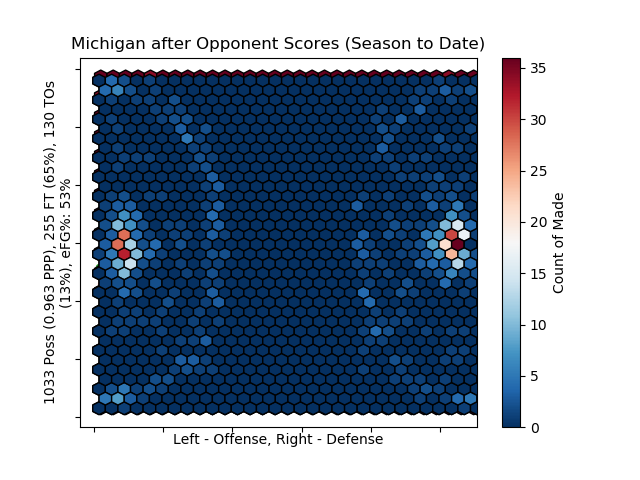 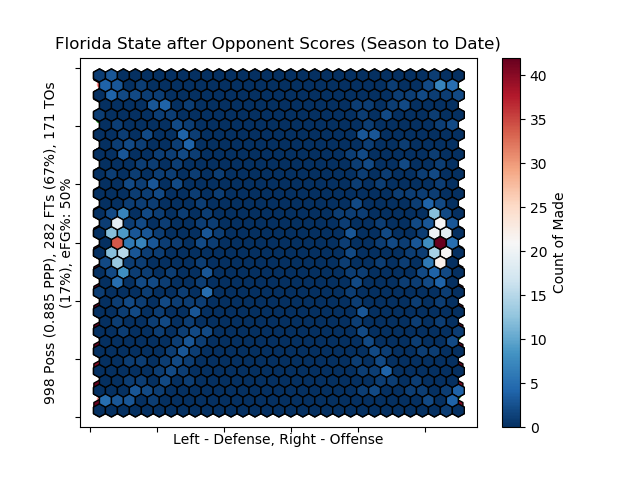 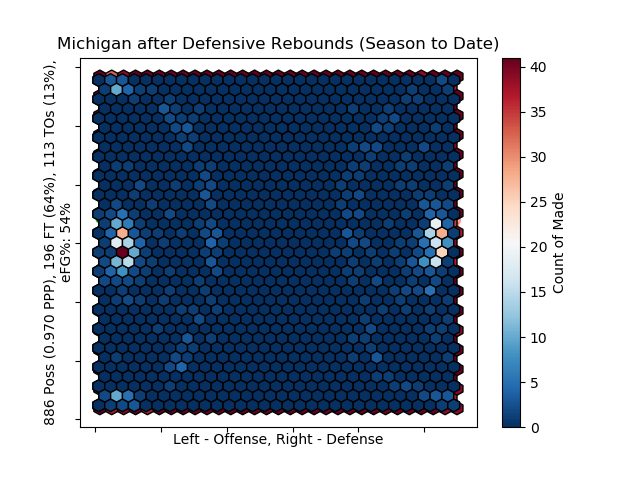 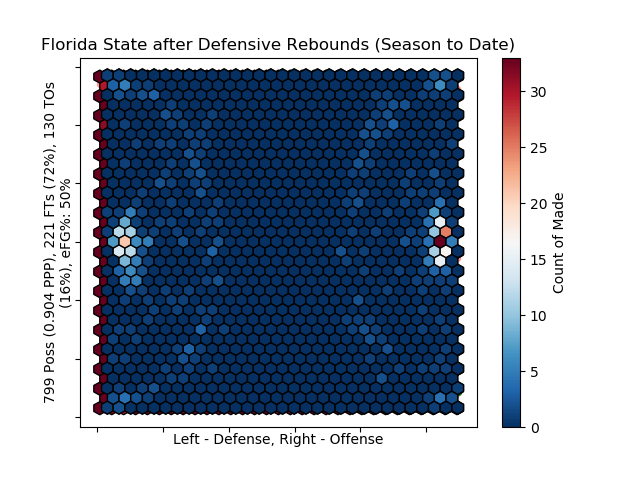 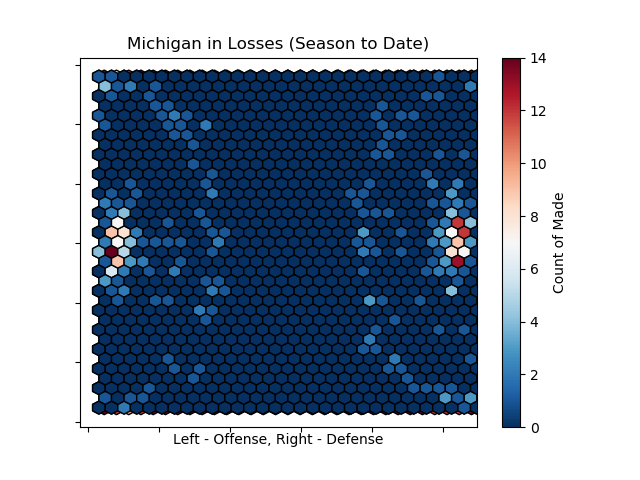 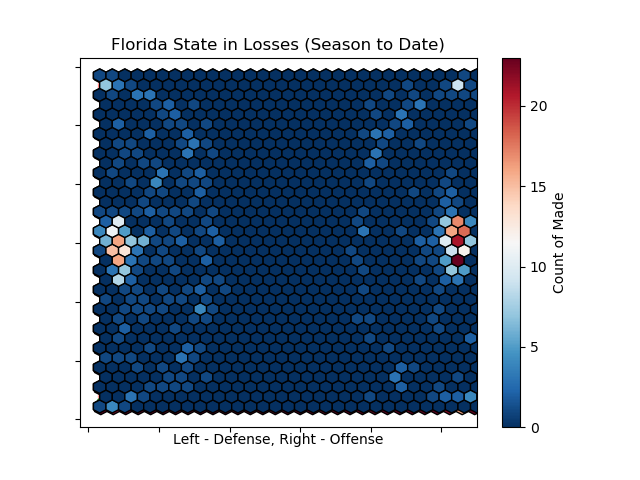 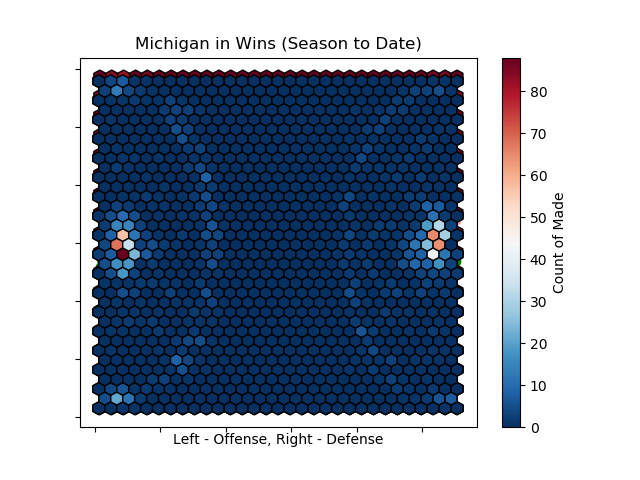 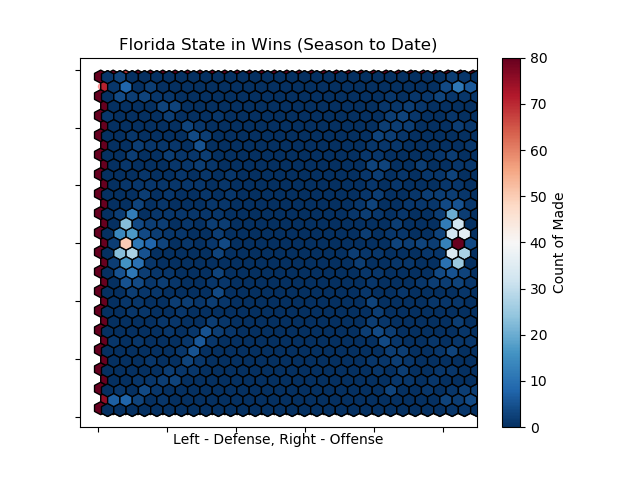 Here's what I see, you can try to take shots on the right hand side of the rim against FSU. You can also eat tide pods. Neither is advisable.

The Wolverines have to prevent Florida State from breaking down their defense and from scoring at the rim without fouling and allowing a bunch of offensive rebounds.

The Big 10 is one of the slowest paced conferences out there, with only the dregs of the conference approaching 70 possessions a game.

If you successfully get out in transition early and build if not a lead, at least a sense of anxiety from the Wolverines that 65 points won't cut it in this game, the pace of the game will favor FSU's rotation.

Most teams have not been successful at turning Michigan over, but you can actually offensive rebound against them, I'm betting due to their conference style of play, fewer teams aggressively pursue offensive rebounds.

I predict FSU's bigs are fairly successful at limiting play around the rim, but a senior forward leads his team to victory. I've got Noles by 1, but I do not trust what I'm seeing from this Big 10 data, they bake in so much variability with that low of a number of possessions as a conference.