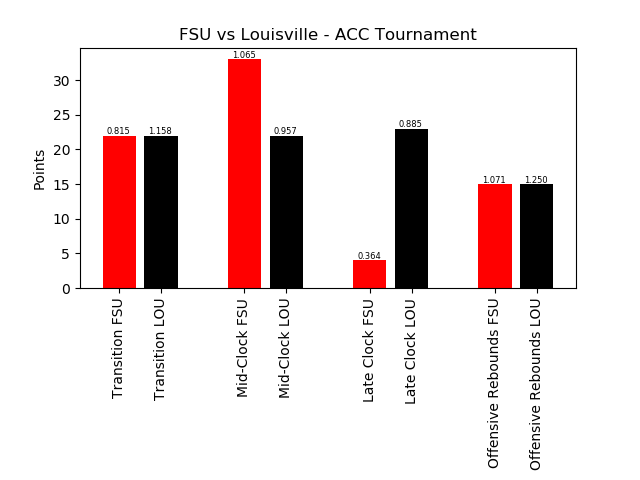 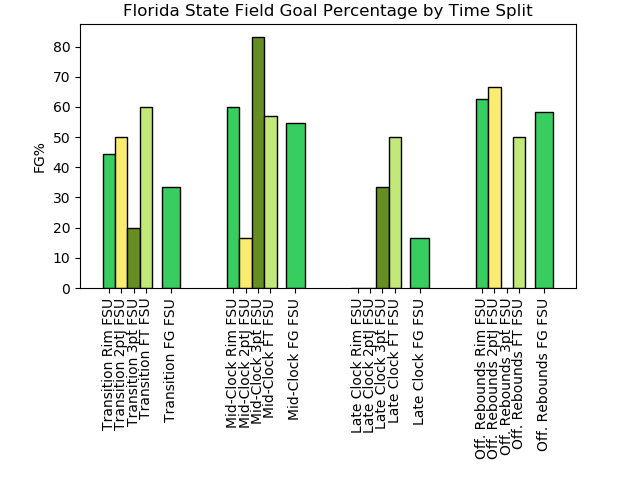 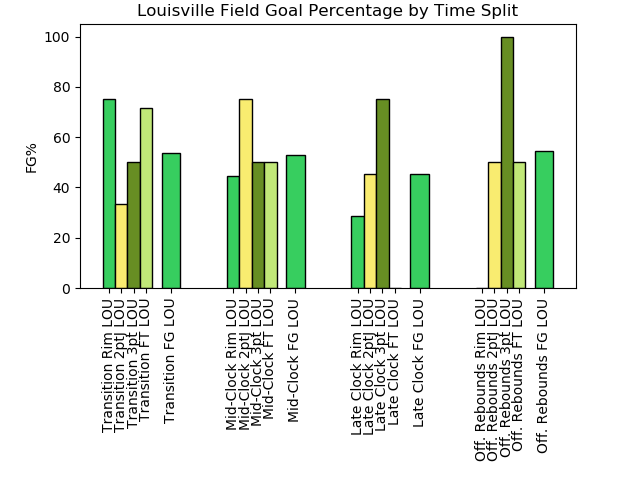 A noon game loss to a Louisville team is nothing to get too upset about in a vacuum, especially to one motivated by the possibility of not being invited to the dance. It was how this game went down in a predictable fashion that is troubling. Consider this exchange from the game preview thread that laid out some of the pitfalls to avoid: 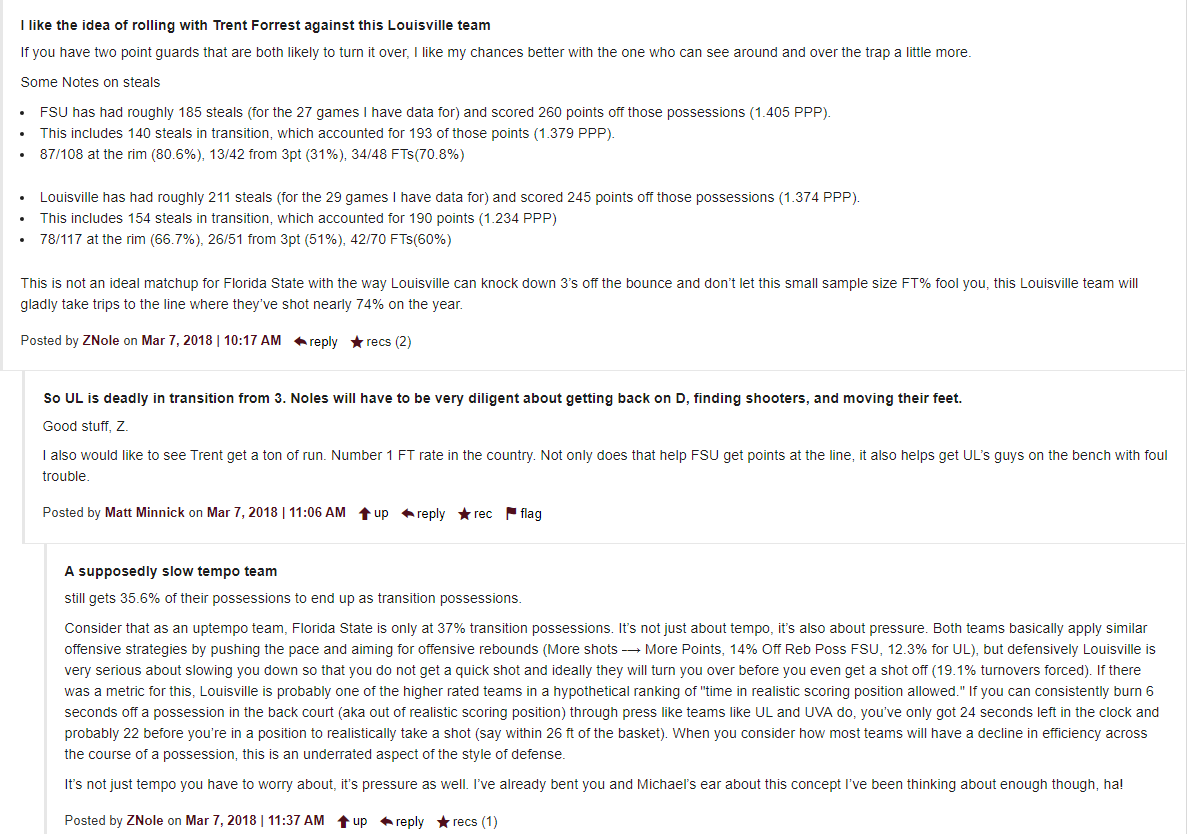 Matt's comments about Louisville's three point shooters proved to be undeniably the downfall of the Florida State defense in this game.

While FSU was actually fairly successful with bringing the ball up the court without turning it over, this Louisville team still managed to turn FSU over on 18.8% of their possessions, compared to the Louisville defensive average of 19.1%. I think it's safe to say this game did not go very far off this pre-game riff. Oh and spoiler, I finally recategorized the turnovers to split into live ball turnovers (steals) and deadball turnovers (turnovers) 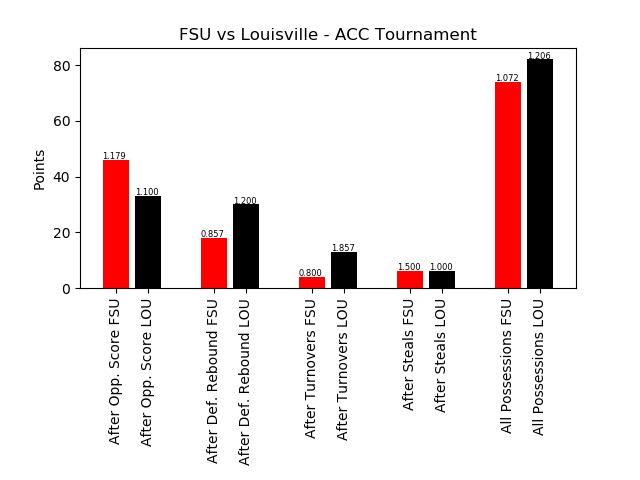 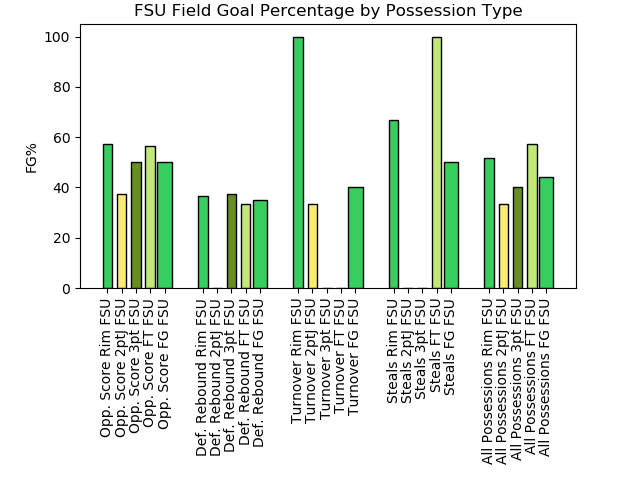 I mention this because FSU chose to get shots at the rim 29 times in a 69 possession game during a game where they were trailing by more than a dozen for most of the game. The Noles left a lot of points at the stripe with a 12/21 performance at the line when they did manage to get the call on a drive. There's some basic math that just immediately points to there being few likely outcomes where FSU could walk out of this game with a win while utilizing this strategy (especially due to the Louisville defense and the whistles not working for much of this game.) I'm not saying it is the wrong strategy in general to try to earn points at the rack through easy shots and free throws, it just was not going to work like that in the context of this game. 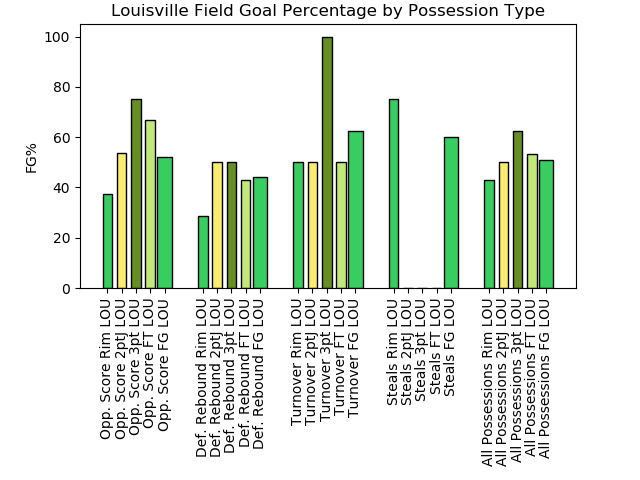 Louisville shot 9/21 at the rim for 43% FG% and 22% of their points (Season Average: 61.6% FG%, Season Average: 37.1% of all points... oh and yeah, I totally did season long charts for every opponent that would have been on our schedule in the the ACC tournament)

I'm gonna try to keep this shorter, but if you've got any questions, comments, or suggestions, feel free to add them below. I have updated player tables as well, but I'm re-working them a little to bring in some additional stats so I'll get that out in another post.