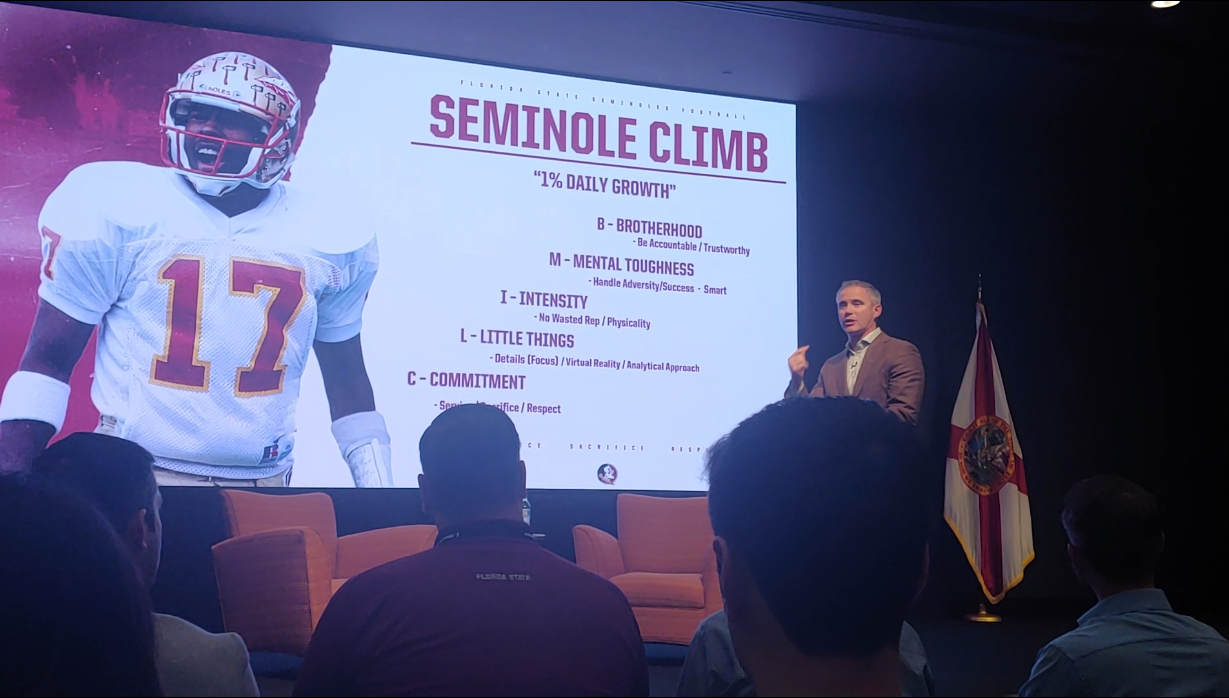 Coach Mike Norvell came off as exceedingly above the norm in his understanding of specific important details that many coaches would fail to fully grasp or act on.

I cannot believe I stopped recording just when he was starting to talk about analytics. Specifically, he addressed the situation of being down 14 and then scoring a touchdown, asking "Should you go for 1 or 2?"

He explained given that, your best opportunity to WIN the game is to go for 2 when you've scored the touchdown and are only down 8. If you get the 2, your next score will win you the game (assuming you get the stop needed.) If you miss the 2, then your decision of going for 2 on the final score is simply already made. Your expected outcome in both situations is still at least (roughly) 14 points. That's just correct logic, but it was incredible to hear it come from the head coach of the football team.

Moreover, as mentioned briefly in the video, Coach Norvell is planning to add shock-resistant cameras to the players' helmets in practice so that players that were not in the rep can get closer to true mental reps by using VR goggles afterwards.

I was talking to a young man in the crowd that is working with the football team using IoT devices to track player movements and converting it to coordinate data so that they can collect and analyze that spatio-temporal data.

That is something Nole fans should be excited about, the tech changes being made to bring the football team into the new generation of sport.